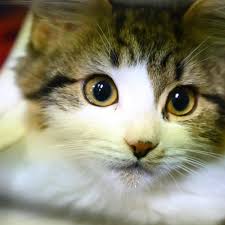 Can Cats get Coronavirus? Part 2

Other cats have tested positive for the virus, SARS-CoV-2, including a pet in Belgium and a tiger at the Bronx zoo. After the tiger who showed mild symptoms tested positive, the zoo collected fecal samples from other big cats and found that a total of five tigers and three lions had been infected. One of the tigers didn’t show any symptoms. All of the big cats are doing well, the zoo reported.

The Agriculture Department and the C.D.C. emphasized that “there is no evidence that pets play a role in spreading the virus in the United States.” Other experts agree that people should not start looking at their cats with suspicion. If anything, it’s the other way around.

Karen Terio, the chief of the Zoological Pathology Program at University of Illinois’s veterinary college, where the Bronx Zoo tiger sample was tested, noted that hundreds of thousands of people have tested positive in the United States, as opposed to two cats.

Dr. Terio said that while the tests and the earlier experiments did show that cats appear to be somewhat susceptible to the virus, “If this was going to be a serious problem for cats, we would have seen greater numbers.” Either very few cats are being infected, or their symptoms are so mild that their owners don’t notice them or think they warrant a trip to the vet. The direction of infection “is not going to be cat to human,” she said. “It’s going to be us to our pets. Thankfully, they’re having very mild disease.”

For now, the C.D.C. recommends keeping cats indoors to prevent them from contact with other animals or people. And for people who become sick, they recommend, as they have in the past, isolating from pets as much as possible, treating them as you would a human being in your family.