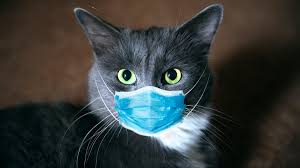 Can Cats have Coronavirus? Part 1

The animals appear to have mild symptoms and likely caught the virus from their owners. And there’s no evidence pets can pass it to humans.

The first pets in the United States, two cats from New York State, have tested positive for the virus that is causing the worldwide pandemic.

The cats, from different parts of the state, are showing only mild symptoms and are expected to be fine.

READ ALSO: How to pick a CAT up part 1

Testing positive does not mean the cats have the same illness that people have. Nor does it mean that the cats can pass on the illness to people. And tests for pets are not the same as those for people, so no humans missed out on testing because the cats were tested.

WATCH OUT FOR Part 2…