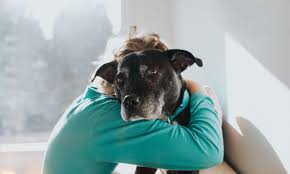 How Pets Can Help You Cope With Stress

Having a loved one or a close friend to talk to about your problems makes a difference, and that friend doesn’t even need to be human. The companionship of pets—dogs, cats, even birds— has repeatedly been found to be an effective form of social support.

Heart attack victims who own pets, for example, are more likely to survive the first year of the attack than are non-pet owners. People who are attached to their pets are less likely to show the symptoms of depression (Garrity et al, 1989).

Ownership of a dog, in particular, is an excellent predictor of whether or not an elderly person will feel the need to visit a doctor (Siegel, 1990). There is some evidence to suggest that having a pet around may be a more effective buffer against stress than having a human companion.

In an experiment conducted by Karen Allen and her colleagues (1991), female dog owners agreed to have several physiological reactions monitored while they tried to solve relatively difficult math problems. Prior to starting the task, the women were randomly divided into three groups. In one group, the women were allowed to have their dog with them in the room while completing the math task. In a second group, no dogs were allowed but each woman was allowed the presence of a close human friend. In the third group, no social support was present during the testing.

A variety of physiological reactions were measured, including heart rate and blood pressure. Not surprisingly, solving difficult math problems led directly to stress related arousal—heart rate increased, as did blood pressure. But the amount of reactivity depended on the group: the women who were allowed to have their dog with them showed the lowest arousal effects compared to the rest of the groups. The presence of the pet apparently acted as an effective buffer against stress.

The surprise finding of the study was that having a close human friend sit nearby while solving the math problems actually led to the highest relative stress reaction. Does this mean that pets are more therapeutic than friends and loved ones? For some people, the answer may well be “yes”.

WATCH OUT FOR PART 2…