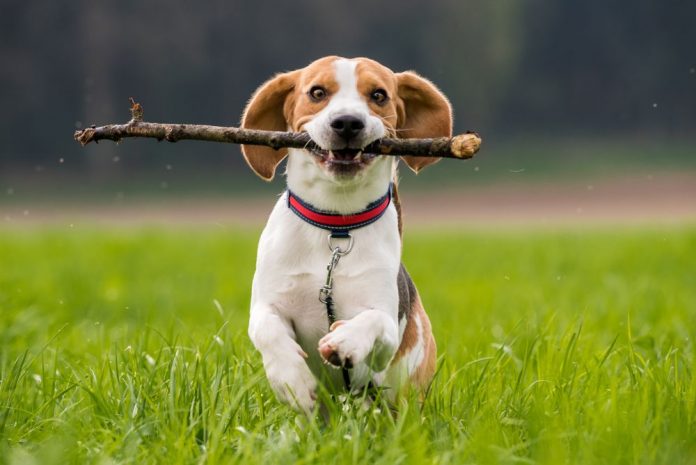 TO TEACH YOUR DOG TO FETCH, YOU WILL NEED
1. Dog
2. Dog’s favourite toy
3. Leash
4. Doggie treats

1. Make sure the dog is on his leash and sitting.

2. Throw his favourite toy a short distance away.

3. Give the command “fetch” and let him run after the toy while still on his leash.

4. When he gets the toy in his mouth, lead him back to you and say “release.” At the same time offer him a treat and tell him he’s a good dog.

5. Do not play tug of war with your dog and the toy. That will lead him to think you want to play that game. When given the choice of a treat or a toy, most dogs will drop the toy like a hot potato.

6. Once your dog can fetch, replace the ball or stick with a rolled-up newspaper, saying “bring the newspaper” as you throw it.

7. After two weeks of this, bring him with you when you go outside in the morning to get the newspaper. Ask him to bring the paper to you. When he does, take the newspaper from him and give him lots of praise and a treat.

8. After about a week, you can ask him to bring the paper while you stand in your front doorway.

READ ALSO: How to introduce a child to your dog