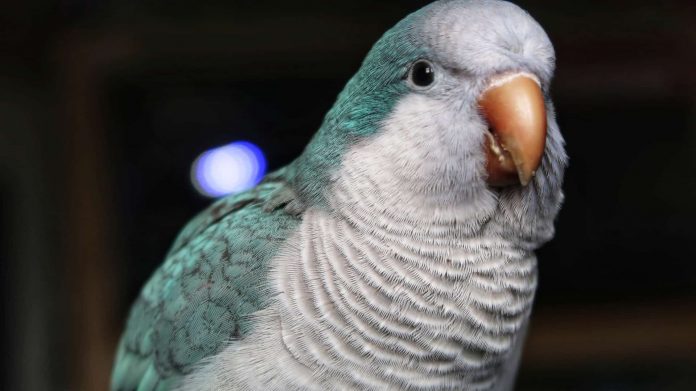 Green-cheeked conures are small, spunky birds sporting primarily green plumage accented with grey, red, and blue. They tend to bond closely with their caretakers and love to play and socialize. But they are prone to feather picking if they feel bored or neglected. So make sure you can commit to spending several hours a day interacting with this bird before you adopt one. Amazon parrots are among the largest and most recognizable green parrots. There are several species, including the blue-fronted Amazon, yellow-naped Amazon, and double yellow-headed Amazon. Each type is predominantly green with various markings to set it apart. These are smart, social creatures that require lots of attention from their caretakers as well as ample space to play. Nicknamed “pocket parrots” because of their small size, parrotlets are charming and somewhat feisty birds. They crave attention but require regular handling to keep them tame, as they have a reputation for becoming nippy when left alone too often. As intelligent, active birds, they should spend several hours out of the cage each day for exercise and enrichment. Quaker parrots, also known as monk parakeets, are outgoing birds that love to interact with their flock—humans included. Some tend to bond closely with one person, and most are quite gentle when they’ve been well-socialized. These birds love to entertain, and many become quite adept at talking, mimicking sounds, and singing.

Get a cash bonus when you signup and save on the Cowrywise app with my invite code JOSEPLWV or invite link.
Facebook
Twitter
WhatsApp
Linkedin
Telegram
Previous article5 Puppy Behaviors to Stop Early (Part 1)
Next article10 Reasons to Keep Your Dog Leashed (Part 1)

How to Teach Your Pet Bird to Talk