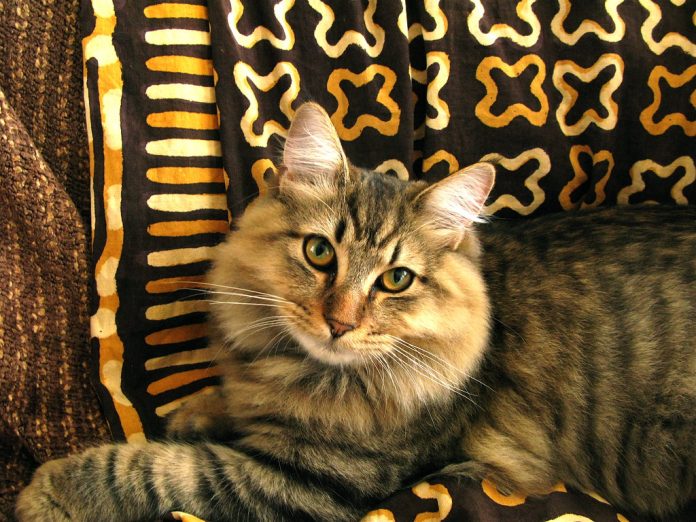 The American Bobtail is an athletic breed that looks like a bobtailed wildcat and has many dog-like tendencies.

Temperament
Despite their somewhat wild appearance, American Bobtails are devoted companion cats who fit perfectly into families. Social and easygoing, they get along well with children and other four-legged pets.

Confident and friendly, Bobtails are highly intelligent pets with dog-like personalities. They love games like fetch and hide-and-seek and even enjoy walking on a leash with their people.

Characteristics
The American Bobtail bears a distinct resemblance to a bobtailed wildcat. From her markings and alert, hunter’s gaze to her short, expressive tail, her appearance suggests a scaled-down version of that wild cat.

Colours
The American Bobtail’s coat can come in any pattern, including black, brown, chocolate, cinnamon, blue, lilac, fawn, red and cream, with or without white.

Shedding
The American Bobtail is a moderate shedding breed. Whether medium or long, her coat requires brushing only a couple of times a week to remove loose hair.

Health
American Bobtails are a very strong and healthy breed, with little known about genetic predisposition to health problems. However, they may develop hip dysplasia, and tailless American Bobtails can have spinal problems that affect their ability to control defecation.

READ ALSO: How to know your cat is in heat

American Bobtail kittens should eat kitten food for their first year of life to aid in their growth and development.

Purposeful development of the breed began in the late 1960s when John and Brenda Sanders were vacationing in the American southwest. They brought home a brown tabby kitten with a short tail, whom they found during their travels.

The kitten later mated with the couple’s non-pedigreed domestic colour point cat. Their kittens inherited the distinctive short tail and attracted the attention of cat fanciers, who saw the possibility of a new breed of cats.

Through selective breeding, the American Bobtail breed was officially established.

Facts
The American Bobtail has a naturally short bobtail that can be seen clearly above the back when she is alert. No tail is exactly the same, but the average length is 1 to 4 inches.
American Bobtails make excellent therapy pets.
Bobtails are slow to mature, taking two to three years to reach adult size.