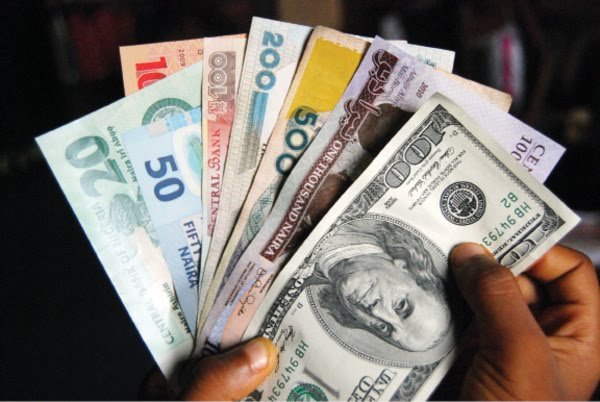 What Experts are saying about naira devaluation now

Against the backdrop of the recent devaluation of the naira by the Central Bank of Nigeria, economic and financial experts have said the poverty level in the country will increase.

The PUNCH had reported on Wednesday that the CBN officially devalued the naira as it adopted the NAFEX exchange rate of N410.25 per dollar on Tuesday as its official exchange rate, days after removing the N379/$ rate from its website.

The experts, who spoke to our correspondent in separate interviews on Wednesday, said the devaluation would lead to further hike in prices of goods and services as well as reduce the purchasing power of Nigerians.

An economist, Amarachukwu Nwosu, said the recent devaluation would have a huge impact on the costs of goods and services to be incurred by businesses and individuals.

He said, “Devaluing currency means the naira has a lower value. That is basic economics. The problem now is that Nigeria imports almost everything. For instance, a phone that cost N50,000 may now cost N60,000 because of the devaluation. Eventually, the implication of this devaluation will trickle down to everyone.

“The corporate cost of business will be higher with the devaluation of the naira. This is because an item now comes with a higher cost. Therefore, the amount of money businesses will be spending will be higher.

“It will also increase poverty rate because if you are earning a particular amount and that amount has lesser value or purchasing power, it means you are likely poorer. The devaluation will lead to the inability to live a decent life, which is poverty. Basically, it will affect everybody.”

According to Nwosu, since Nigeria is an import-based economy, the devaluation will likely have a devastating effect on the economy.

He, however, added that CBN likely devalued the naira as a necessary move to narrow the gap between the official and the black-market exchange rates.

Another financial expert, Dr Sam Nzekwe, described the devaluation as a sign of economic weakness, saying the government should focus on providing an enabling environment for businesses and investment rather than constantly devaluing the naira.

He said, “It will weaken the purchasing power of people who are fixed income earners, in the sense that the company is not going to increase your salary because the CBN has devalued the naira; so, you are still earning the same salary, whereas the costs of goods and services have gone up.

“The transport companies will also increase their fares because the cost of tyres, engine oil and all other important items and services needed for vehicles to functions will go up. It is going to increase the poverty rate.

“That is why we keep saying the government should provide an enabling and safe environment. Who will come to invest when killings and abductions are prevalent in the country? Every investor wants to invest in a safe place; they run away from unsafe places.”

The Director-General, Lagos Chamber of Commerce and Industry, Dr Muda Yusuf, said the latest devaluation was a move towards exchange rate convergence.

He noted that businesses could get foreign exchange at the old official rate.

He said, “For people in the private sector, especially investors in manufacturing, the forex issue is still a big issue and there are two dimensions to it.

“There is the dimension of liquidity; because of the crisis of liquidity, many manufacturers and importers and even those in the service sector are not able to get the inputs that they need to import. That is affecting their output.”

According to Yusuf, the currency has been weakening so much so that many people are undertaking transactions with an exchange of N500/$, which is affecting costs and prices.

“It is a welcome development that CBN is beginning to merge the rates. The rate on the CBN website now is the NAFEX rate. We are beginning to see a convergence, although we still have a long way to go. But at least, it is a move in the right direction,” he said.