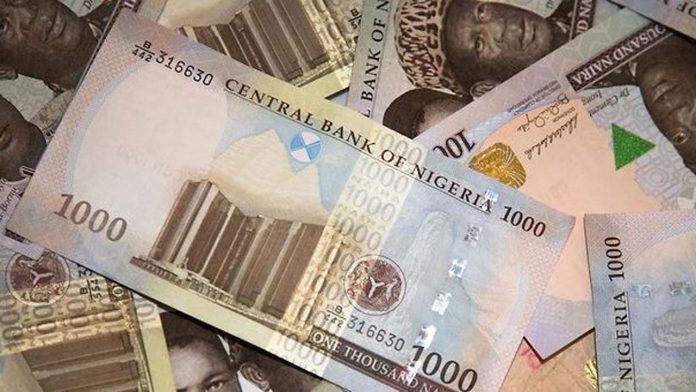 See what could make the naira great again

The exchange rate between the naira and dollar at the parallel market touched a 4-year low during the week after it fell to N505/$1.

The gap between the official and black-market rates has widened in recent weeks as speculative forces, demand from importers and savers, have pushed the local currency closer to obscurity.

This is despite several intervention policies introduced by the central bank to bridge the gap between the official and parallel market rates. In March, the apex bank introduced the Naira4Dollar scheme which it has now extended indefinitely, paying N5 for every dollar of remittances received via officially designated channels. The apex bank also adopted the FMDQOTC Nafex window as its official exchange rate, ditching a term policy of maintaining an exchange rate that had no bearing with reality. Despite these moves, things have deteriorated.

READ ALSO: Why MTN warns of impending service in Nigeria

Nairametrics believes the exchange rate disparity exists because there are a number of things that need to be done before the naira can fall below N500 and perhaps, bridge the disparity between the parallel and official market.

The first is if oil prices continue to rise and Nigeria’s quote of crude oil sales is sustained or better still, if the OPEC cuts are lifted. This will mean more oil revenue for Nigeria, boosting confidence in the economy for both domestic and foreign investors. Oil prices have been on a rise in recent weeks blowing past $70 for the first time in over two years. Some oil and gas analysts suggest it could hit $100 by next year.

The second is allowing a more flexible exchange rate at the FMDQOTC by allowing banks to quote two-way quotes when bidding for forex. Today, forex bids are anything but market determined as the price is collated from banks rather than determined independently via trading systems. A two-way quote allows both bidders and sellers of forex to get a fairer view of what the market is willing to pay for exchange rate and not what the central bank wants them to report. This flexible system leads to the third point.

With a flexible system in place, oil and non-oil importers are then required and incentivized to sell their dollar inflows via the official market. This will increase forex liquidity in the market driving away speculators and leaving behind genuine demand for forex. It also eliminates the multiple exchange rate windows currently in place by the central bank where forex is sold at different prices to small scale importers, BDC operators and those seeking for forex to travel or pay school fees. A uniform market is established that captures the real demand for forex.

READ ALSO: Message from my mentor on the power of collaboration and your business

Nairametrics believes these three actions will increase confidence in the forex market and stop the slippery slide of the value of the naira against the dollar. It will also attract foreign portfolio investment into the country, a major source of dollar liquidity in times of shortages. Foreign portfolio investments are currently at an all-time low as investors abandon Nigerian equities and fixed income markets for fear of not being able to repatriate their money whenever they want.

It should also reduce the incessant speculative demand that is partly blamed for the continuous depreciation of the exchange rate. Black market operators who spoke to Nairametrics indicate most people buying dollars do so because they want to preserve their wealth. Thus alternative investments such as holding dollar assets or buying Cryptos have increased since the pandemic struck in 2020.

We understand some of these actions are well known by the apex bank but they will not implement them until the outlook for oil is solid and sustainable in their view. This we understand will trigger other options such as increasing interest rate on CBN bills, an often-used strategy to attract foreign portfolio investments but at a significant cost to the economy and the central bank’s balance sheet.