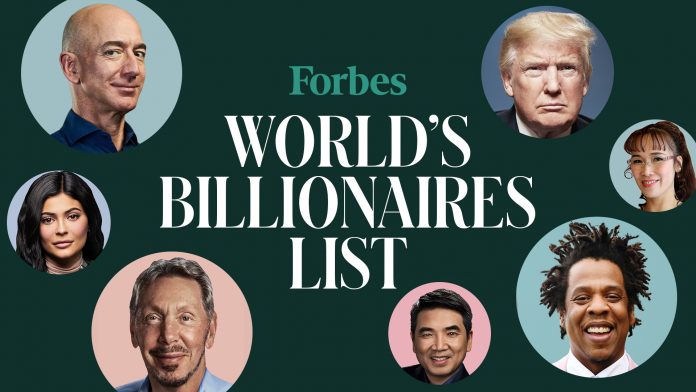 We will look at the 10 youngest billionaires on Forbes under 30 list 2021.

The Andresen sisters, aged 24 and 25 each inherited 42% of Ferd, a Bærum, Norway-based investment company that reels in about $2 billion in annual revenue. Their father, Johan, still runs the business and controls 70% of the votes via a dual-class share structure. The Oslo-based investment company Ferd, has private equity holdings, a real estate portfolio, and participates in the Nordic stock exchange. The sisters are worth $1.3 billion

Wang Zelong, aged 24, inherited a stake worth more than $1.3 billion in CNNC Hua Yuan Titanium Dioxide Co., a chemical company that trades on the Shenzhen stock exchange. The company produces titanium dioxide pigment, a white pigment that can be used in coatings, plastics, ink, and other materials. He also has stakes in Lomon Billions Group. He is worth $1.5 billion.

DoorDash co-founders Andy Fang and Stanley Tang, aged 28 each own 4.2% of the company with a net worth of $2.2 billion. DoorDash is a technology company that offers on-demand delivery services for grocery and meals through partnerships with restaurants and grocery stores on its app. Door Dash’s last funding round before going public raised $400 million at a $16 billion valuation. The company went public on the New York Stock Exchange at a $72 billion valuation.

READ ALSO: See the bank that got non-interest banking license from CBN

Jonathan and his brother inherited from their late father, Walter Kwok, a portion of his stake in Hong Kong property developer Sun Hung Kai Properties. The brothers are also named beneficiaries of one-third of five family trusts held by their grandmother Kwong Siu-Hing, the widow of SHKP co-founder Kwok Tak-Seng. Jonathan has a net worth of $2.4 billion.

Austin Russel, aged 26 founded Luminar Technologies, a company that makes LIDAR sensors for self-driving cars when he was 17. He dropped out of college in 2012 after receiving a $100,000 Thiel Fellowship, a program funded by billionaire Peter Thiel to nurture entrepreneurs. Following Luminar’s listing on Nasdaq, Russell became a self-made billionaire with a net worth of $2.5 billion.

Kevin Lehmann, aged 18 is the youngest billionaire in the world. He inherited his father’s 50% stake in Germany’s leading drugstore chain, dm (drogerie markt), which brings in over $12 billion in annual revenue on his 18th birthday. Today, dm has some 3,700 locations. Kevin’s net worth is $3.3billion.

Gustav Witzoe, aged 27 owns nearly half of SalMar ASA, one of the world’s largest salmon producers. His stake was gifted to him in 2013 by his father, Gustav Witzoe, who founded the company in 1991. Witzoe’s fortune nearly doubled in the past year thanks to SalMar’s strong market performance. Witzøe is also a technology startup and property investor. He previously worked for MGM Property and has invested in both Gopi and Keybutler. He is worth $4.5 billion according to Forbes.

Sam Bankman-Fried, aged 29 is the founder of Alameda Research and crypto exchange FTX. He is an MIT grad and former Wall Street ETF trader. He manages $2.5 billion of assets through Alameda Research, the quantitative crypto trading firm he founded in 2017. The vast majority of his wealth is in FTX’s equity and tokens (FTT). He has a net worth of $8.7 billion.

For enquiries and details, call World Farmers Centre Admin on 08035219966 or WhatsApp us @+2348173030321.
Facebook
Twitter
WhatsApp
Linkedin
Telegram
Previous articleSee the bank that got non-interest banking license from CBN
Next articleDear Veterinarians, Use these stories to inspire more success in your practice