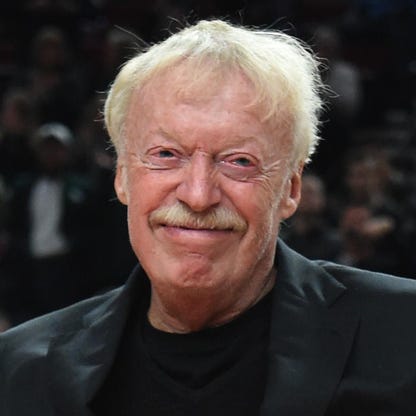 Phil Knight, the shoe king, and his family are the world’s 23rd richest with a net worth of $58.8 billion. The 83-year-old American billionaire is the co-founder of Nike, the world’s leading athletic shoes and sports apparel company.

At the end of Friday’s trading session, Phil Knight & family earned $6.48 billion in a day as investors weighed positively on the sports apparel stock after its impressive showing at the world’s largest economy.

Their cash reserves stand at $11 billion while the rest of their net worth is vested in the company. Nike’s range of brands includes Jordan, Converse and Cole Haan.

As social mobility gathers momentum, the shoe apparel company relies on shoppers splurging on its new products like the Jordan brand and fashion-forward sweatsuits.

The company’s brand loyalty remains very strong, with Nike enjoying a gross margin of 45.8% in its fiscal Q4 as Nike’s digital efforts continues to pay off. Nike also repurchased 50 million of its shares for $4.7 billion during its fiscal fourth quarter.

READ ALSO: The stories of my dogs ( Episode 1)

The Oregon-based company currently has a market valuation of about $244 billion, posting yearly returns of about 66%. The New York Stock Exchange-listed company has more than 1,100 stores worldwide.

Phil Knight and his family control about 20% of the business entity.

Presently, Phil Knight and his family’s net worth can buy 32.9 million troy ounces of gold or 772 million barrels of crude oil.