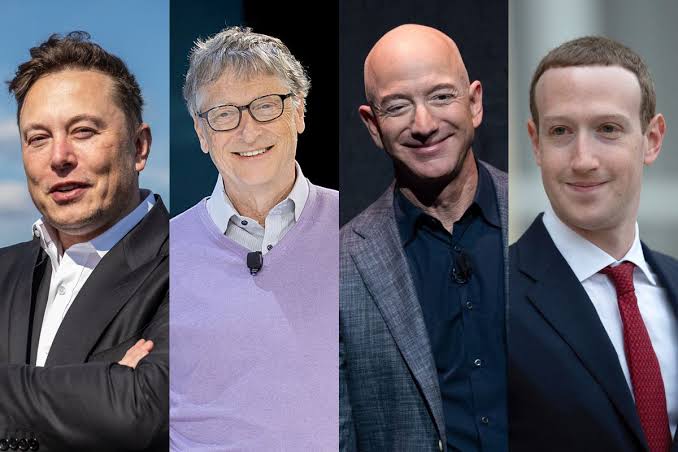 Check out the members of 100 billion dollars club

One of the world’s most exclusive clubs just got a new member, with a second aspirant knocking on the door.

Steve Ballmer, the former chief executive officer of Microsoft Corp., has a net worth of more than $100 billion, making him the ninth person in the world to reach that lofty plateau. Oracle Corp. founder Larry Ellison fell just short of making it an even 10, ending Wednesday with a fortune of $98.6 billion, according to the Bloomberg Billionaires Index.

Ballmer, 65, who stepped down as Microsoft’s CEO in 2014 and now owns the NBA’s Los Angeles Clippers, has seen his wealth grow by $20.1 billion this year, while Ellison has added $18.9 billion.

A rally in tech shares has fueled the latest surge in wealth, with seven of those above the $100 billion mark deriving their fortunes from technology companies. Amazon.com Inc.’s Jeff Bezos, the world’s richest person, has been among the biggest recipients of that rally and now has a record net worth of $212.1 billion.

Together, the nine members of the club — along with Ellison — have added about $245 billion to their fortunes since the start of the year and are now collectively worth $1.36 trillion. In addition to being mostly technology chiefs, the group is also largely American, with French luxury goods mogul Bernard Arnault the only exception.

While the stock rally has boosted the fortunes of the world’s richest, it’s also renewed scrutiny of wealth inequality and taxes. Using leaked confidential tax return data, news outlet ProPublica reported last month that Bezos, Elon Musk and other top billionaires had paid little to no income tax in some years, leading to calls from Senate Finance Committee Chairman Ron Wyden, an Oregon Democrat, and others to reexamine the tax code.

READ ALSO: Next level thinking for making money in business

President Joe Biden is pushing a broad of package of tax changes that aim to force the wealthy to hand over more of their money. He wants to double the capital gains tax to a top rate of 39.6% and toughen rules governing trusts, estates and other vehicles often used by millionaires and billionaires to reduce their tax bills.

“The persistent lack of wealth for large shares of Americans is striking,” said Kenan Fikri, director of research at Economic Innovation Group, a Washington-based think tank started by tech entrepreneurs including Napster Inc. co-founder Sean Parker. “Markets are reaching historic highs but far too few people see any direct economic benefit from it.”

Ballmer’s taxes were cited in a ProPublica story Thursday that showed how billionaires use ownership of sports teams to lower their tax obligation. The Clippers owner made $656 million in 2018 and paid $78 million in taxes, a federal income tax rate of 12%, much lower than the team’s star players or arena workers. Propublica, which cited Internal Revenue Service documents, said a spokesperson for Ballmer declined to answer specific questions. The spokesperson told the news outlet that the billionaire has always “paid the taxes he owes, and has publicly noted that he would personally be fine with paying more.”