Home Business Business News Check out the rank of Nigerian passport among 199 countries in the...
Facebook
Twitter
WhatsApp
Linkedin
Telegram 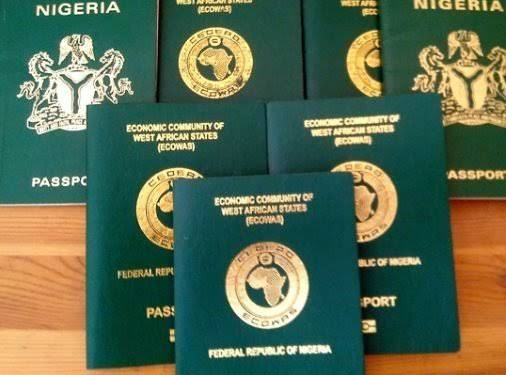 Are your bags packed? Well, don’t be in too much of a hurry to hop on the next flight without the required visas: Nigeria’s passport is ranked 101st out of 199 countries.

The ranking is based on the Henley Passport Index, described as the original, authoritative ranking of all the world’s passports, according to the number of destinations their holders can access without a visa.

A London, United Kingdom-based global citizenship and residence advisory firm, Henley and Partners, explained that the index was based on exclusive data from the International Air Transport Association — the largest, most accurate travel information database.

Japan is number one on the list, followed by Singapore in second place, and South Korea and Germany tied for third. Italy, Finland, Spain and Luxembourg take the fourth position, while Denmark and Austria round out the top five.

The company, on July 6, stated, “With the postponed Tokyo 2020 Olympics just weeks away, and the country in a ‘quasi’ state of emergency, Japan nonetheless retains its hold on the number one spot on the HPI — which is based on exclusive data from the IATA — with a theoretical visa-free/visa-on-arrival score of 193.

“While the dominance of European passports in the top 10 has been a given for most of the index’s 16-year history, the pre-eminence of three Asian states — Japan, Singapore, and South Korea — has become the new normal.

“Singapore remains in second place, with a visa-free/visa-on-arrival score of 192, and South Korea continues to share joint-third place with Germany, each with a score of 191.”

CHECK THIS OUT: Job vacancies 8

A professor of International Economics at the University of Benin, Hassan Oaikhenan, in an interview with Sunday PUNCH, described Nigeria’s ranking as not surprising, saying the country’s self-styled Giant of Africa status was a misnomer.

He said, “I am surprised that Nigeria came 101st out of 199. I expected Nigeria would be closer to the bottom of the ladder because it is not a self-respecting country.’’

Oaikhenan stated that the Nigerian passport was “as worthless as Nigeria’s currency,” saying a country that did not respect its own citizens should not expect other countries to show them respect.

The don argued that one needed to only witness the travails of Nigerians in the Diaspora trying to obtain a passport.

“I’m aware of a friend who has been trying to renew their passport at the Nigerian consulate in Atlanta, Georgia, United States. In fact, somewhere along the line, the person and some others were given appointments.

“They got there and were kept out there in the cold. Americans and other nationals were looking at Nigerians clustered around the Nigerian consulate in Atlanta. It’s shameful! If a country can treat its citizens that way, why do you expect another country to respect the integrity of that country’s passport?”

He described it as “arrant nonsense” to expect such, saying it was not news that other countries did not respect the Nigerian passport.

In its 2021 Q3 edition, the Henley & Partners Global Mobility Report, a quarterly publication that reportedly features commentary by leading scholars and experts on major trends, accounted for travel restrictions brought on by the COVID-19 pandemic.

According to the “latest results and research” from the index, there is cause for optimism, though it must be tempered with the reality that cross-border travel continues to be significantly obstructed.

The report noted, “Although some progress has been made, between January and March 2021, international mobility had been restored to just 12 per cent of pre-pandemic levels in the same period in 2019, and the gulf between theoretical and actual travel access offered by even high-ranking passports remains significant.

However, a professor of International Law and Jurisprudence, Akin Oyebode, faulted the methodology of the HPI, arguing that rather than passports, one should examine the impact of political leadership in tandem with the welfare of nationals to ascertain a country’s global standing.

Oyebode, in an email to Sunday PUNCH, said, “This ranking is dubious and of little consequence in relation to validity and/or acceptability of a country’s passport and any other travel document. A country’s standing within the international community has more to do with good governance and enhancement of the quality of life of the citizens than rankings of self-induced assessors.”