Home Business Business News Check out the Companies that declared massive profits on the back of...
Facebook
Twitter
WhatsApp
Linkedin
Telegram 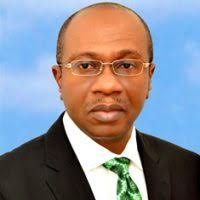 Manufacturing companies in Nigeria are swimming in profits aided by cheap central bank intervention loans granted over the last couple of years. A cross-section of the financial statements of companies reviewed by Nairametrics reveals massive savings from interest payments paid during the year on the back of the loans received by the companies.

As of December 2020, the central bank had disbursed over N4.2 trillion in several intervention and development finance activities around the country. According to our records, there are 23 major intervention programs in-flight for which N4.23 trillion Naira has been disbursed by the CBN across 3 million projects cutting across almost every single economic sector.

READ ALSO: See how much Nigeria lost within 2 months of Twitter ban

For example, the Agriculture sector received N1.47 trillion, the Power sector received N1.06 trillion while SMEs (across Manufacturing, Trade, Transportation) received N1.15 trillion. No data has been published this year by the CBN on its intervention activities. The CBN also recently extended its forbearance of intervention loans for companies by retaining an interest rate of 5% for another one year as against the 9% previously charged. The loans also have a long tenure with a moratorium on principal repayments of at least one year.

Flour Mills one of Nigeria, a consumer goods company and one of the largest beneficiaries of intervention loans reported a record profit of N25.7 billion in 2020 up from N11.3 billion a year earlier. The company’s finance cost dropped from N17.5 billion in their financial year end for 2020 to N15 billion in their year ended 2021. Meanwhile, the company’s total loans as of March 2021 went from N109.5 billion to N132.6 billion. Included in its loan balance is about N54.7 billion in CBN intervention loans all at about 5%. By June 30th 2021, when it reported its first-quarter results, the intervention loans had soared to N6.14 billion. Profits for the first quarter also soared to N5.4 billion from N4.9 billion.

Okomu Oil, another major beneficiary of the CBN Intervention loans has remained one of the best-performing stocks in the last one year with its share price gaining 57% in the last year. The company’s share price performance is also a result of robust profits in 2020 which has also continued into the first half of 2021.

In its latest interim results, the company reported a profit before tax of N12.4 billion compared to N5.5 billion a year earlier. The company’s finance cost has also crashed from N305 million to N77 million. Okomu Oil’s loan balance of N10.7 billion as of June 2021 are all intervention funds.

Presco, another agro-allied company that competes with Okomu Oil has an estimated N4.5 billion in intervention loans out of its total loan portfolio of N16 billion. The company also declared massive increase in profits in the first half of 2021.

The Health Sector was also not left behind. Two of the largest healthcare-related companies, May & Baker and Fidson have also declared massive surges in profits during the year. May & Baker has seen its pre-tax profits for the first half of 2021 surge to N817 million from N645 million a year earlier.

Loans also surged from about N1.39 billion in the first half of 2020 to over N4 billion this year. According to the company, “A Central Bank of Nigeria (CBN) Intervention fund to Manufacturers in the sum of N1 billion and N2.5 billion were received in February & July 2020 respectively at 5%-9% interest per annum. The CBN intervention facility of N2.5 billion is in two parts, i.e N2 billion and N500 million working capital.”

For Fidson, a rival pharmaceutical company about N6 billion out of its N7.1 billion loan balance as of June 30th 2021 were all intervention loans. According to the company it stated its most recent loan, an FCMB loan of about N2.5 billion is a “Central Bank of Nigeria (CBN) Real Sector Support Facility-Differentiated Cash Reserve Requirement granted to Fidson Healthcare PLC for 84 months.”

The company also states that “the principal and interest shall be in twenty equal instalment and the interest shall be 9% per annum, however the CBN concessionary rate of 5% will apply till February 28,2021. However, the moratorium period for principal repayment has been extended further by another one year till 2022.”

It reported in its 2021 half-year report that the loans also helped boost profits from N39 billion in the first 6 months to June 2020 to N49.7 billion same period this year. As expected, interest on loans crashed from N1.7 billion to N931 million.

Several other financial statements reviewed by Nairametrics team of analysts reveal a similar trend of lower finance cost and higher pre-tax profits. Another critical factor that has helped boost profits is government policies on supporting local manufacturers. For example, Cement, Agriculture, Healthcare, Brewery sectors have all reported increases in topline revenues and pre-tax profits on the back of some of these loans.

Our analysis also does not cover trillions of naira extended to none publicly quoted companies such as those in the power sector, aviation sector and other manufacturers. Our sources indicate the intervention funds have also boosted their top and bottom lines.

Nairametrics analysis suggests some of the loans are not repaid for now perhaps due to the central bank forbearance extended this year. In a recent report by Nairametrics, over N3 trillion out of the N4.2 trillion intervention funds disbursed by the Central Bank of Nigeria (CBN) were outstanding as of December 31st, 2020. Despite this, the central bank has promised that it will increase its development finance interventions to further support start-ups and Small and Medium Enterprises (SMEs) in the country. Thus, we expect more loans to be disbursed during the year. Meanwhile, a recent World Bank report indicates Monetary Policy initiatives and development finance activities of the Central Bank has helped prevent a severe credit crunch in the private sector.

The CBN has softened the terms of its development-finance interventions, and the new terms have been extended through March 2022; it has also launched a range of new development-finance initiatives at subsidized interest rates in an attempt to ease the impact of COVID-19 on households and SMEs. It is also helping pharmaceutical companies, health practitioners, and SMEs respond to the pandemic by injecting up to N400 billion in loanable funds. The new funding is equivalent to about 2 percent of private sector bank credit.