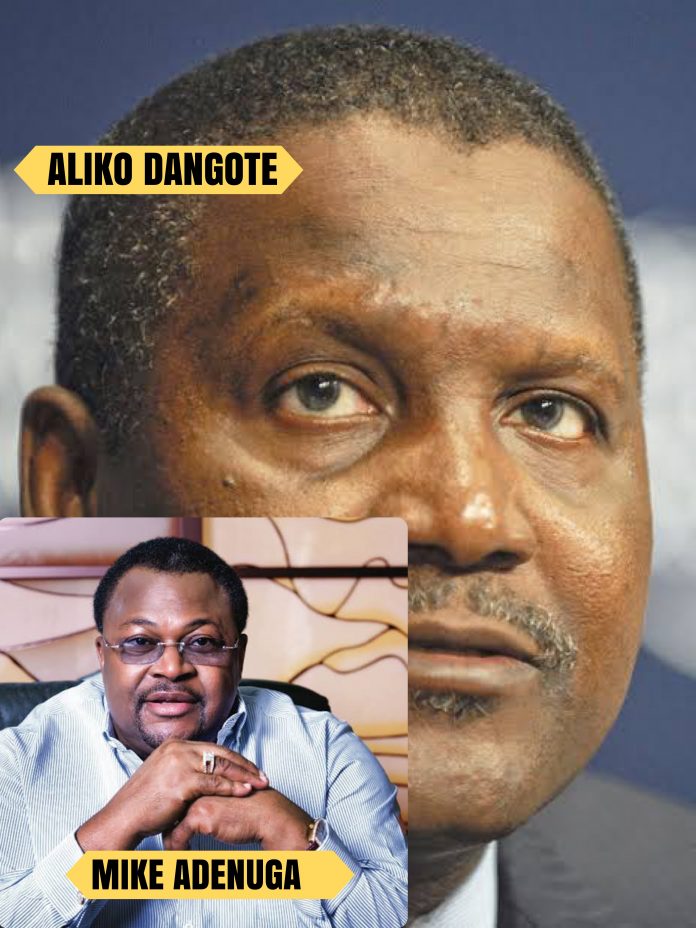 The African continent currently has 18 billionaires, who are worth an average $4.1 billion in 2021. For the tenth year in a row, the founder of Dangote Group, Aliko Dangote, remains Africa’s richest man.

The biggest gainer among the richest Africans in 2021 is Nigerian cement tycoon, Abdulsamad Rabiu with $4.5 billion.

Among the top ten richest people on the continent in 2021, South Africa has the highest number of billionaires (4). Nigeria follows with three.

Below is the complete list of the top 10 richest Africans in the world for 2021.

Dangote Refinery has been under construction since 2016 and is expected to be one of the world’s largest oil refineries once complete.

Nassef Sawiris
Net Worth: $9.1B

Nassef Sawiris is an investor and a scion of Egypt’s wealthiest family. His most valuable asset is a nearly 6% stake in sportswear maker Adidas.

In December 2020, he acquired a 5% stake in New York-listed firm Madison Square Garden Sports, owner of the NBA Knicks and the NHL Rangers teams.

He runs OCI, one of the world’s largest nitrogen fertilizer producers, with plants in Texas and Iowa; it trades on the Euronext Amsterdam exchange.

Orascom Construction, an engineering and building firm, trades on the Cairo exchange and Nasdaq Dubai.

His holdings include stakes in cement giant Lafarge Holcim and Adidas; he sits on the supervisory board of Adidas.

He has a Bachelor of Arts/Science from the University of Chicago.

Nicholas F. Oppenheimer
Net Worth: $8.1B

Nicky Oppenheimer, heir to the DeBeers diamond fortune, sold his 40% of the firm to mining group Anglo American for $5.1 billion in cash in 2012.
He was the third generation of his family to run DeBeers and took the company private in 2001.
For 85 years until 2012, the Oppenheimer family occupied a controlling spot in the world’s diamond trade. In 2014, Oppenheimer started Fireblade Aviation in Johannesburg, which operates chartered flights.

READ ALSO: See the fees to be paid at Toll Gates now as released by Federal government

He owns at least 720 square miles of conservation land across South Africa, Botswana and Zimbabwe.

Johann Rupert
Net Worth: $7.2B

Johann Rupert is chairman of Swiss luxury goods firm Compagnie Financiere Richemont.
The company is best known for the brands Cartier and Montblanc.

It was formed in 1998 through a spinoff of assets owned by Rembrandt Group Limited (now Remgro Limited), which his father Anton formed in the 1940s.

He owns 7% of diversified investment firm Remgro, which he chairs, as well as 25% of Reinet, an investment holding company based in Luxembourg.

In recent years, Rupert has been a vocal opponent of plans to allow fracking in the Karoo, a region of South Africa where he owns land.

His oil exploration outfit, Conoil Producing, operates 6 oil blocks in the Niger Delta.
Adenuga got an MBA at Pace University in New York, supporting himself as a student by working as a taxi driver.

He made his first million at age 26 selling lace and distributing soft drinks.

Abdulsamad Rabiu
Net Worth: $4.5B

Abdulsamad Rabiu is the founder of BUA Group, a Nigerian conglomerate active in cement production, sugar refining and real estate.

Rabiu, the son of a businessman, inherited land from his father. He set up his own business in 1988 importing iron, steel and chemicals.

Issad Rebrab is the founder and CEO of Cevital, Algeria’s biggest privately-held company.
Cevital owns one of the largest sugar refineries in the world, with the capacity to produce 2 million tons a year.

After serving 8 months in jail on charges of corruption, Rebrab was released on January 1, 2020. He denies any wrongdoing.

Naguib Sawiris
Net Worth: $3.1B

Naguib Sawiris is a scion of Egypt’s wealthiest family. His brother Nassef is also a billionaire.
He built a fortune in telecom, selling Orascom Telecom in 2011 to Russian telecom firm VimpelCom (now Veon) in a multibillion-dollar transaction.
He’s chairman of Orascom TMT Investments, which has stakes in an asset manager in Egypt and Italian internet company Italiaonline, among others.
Through his Media Globe Holdings, Sawiris owns 88% of pan-European pay-TV and video news network Euronews. He also developed a luxury resort called Silversands on the Caribbean island of Grenada.

Patrice Motsepe
Net Worth: $3.1B

Patrice Motsepe, the founder and chairman of African Rainbow Minerals, became a billionaire in 2008 – the first black African on the Forbes list.
In 2016, he launched a new private equity firm, African Rainbow Capital, focused on investing in Africa. Motsepe also has a stake in Sanlam, a listed financial services firm, and is the president and owner of the Mamelodi Sundowns Football Club.

In 1994, he became the first black partner at law firm Bowman Gilfillan in Johannesburg and then started a mining service contracting business. In 1997, he bought low-producing gold mine shafts and later turned them profitable.

Koos Bekker is revered for transforming South African newspaper publisher Naspers into an e-commerce investor and cable TV powerhouse. He led Naspers to invest in the Chinese Internet and media firm Tencent in 2001 — by far the most profitable of the bets he made on companies elsewhere.

In 2019, Naspers put some assets into two publicly traded companies, entertainment firm MultiChoice Group and Prosus, which contains the Tencent stake. It sold a 2% stake in Tencent in March 2018, its first time reducing its holding, but stated at the time it would not sell again for 3 years.

Bekker, who retired as the CEO of Naspers in March 2014, returned as chairman in April 2015.

He graduated with a Master of Business Administration degree from Columbia Business School and an LLB degree from the University of Witwatersrand.