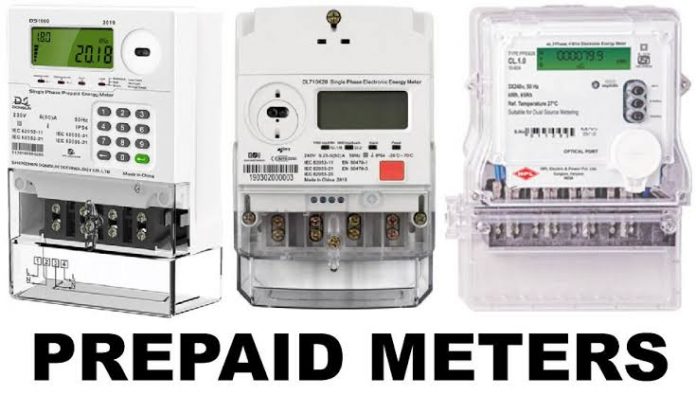 The Federal Government, on Friday, announced that it had commenced the process for the second phase of the National Mass Metering Programme that would lead to the distribution of four million meters.

The Special Adviser to the President on Infrastructure, Ahmad Zakari, said in a statement issued in Abuja that the government had concluded arrangements for the commencement of the second phase of the NMMP aimed at reducing estimated billing by power distributors.

He said the programme would ensure that consumers were billed appropriately for the electricity they consumed through the installation of free meters in unmetered households and business premises.

The statement read in part, “In preparation for the second phase (known as Phase 1) of the NMMP, the Nigerian electricity sector regulator has conducted extensive consultations and stakeholder management, and has revised its metering guidelines.

“This phase will provide up to four million meters and shall also use a similar financing mechanism as phase zero.”

The presidential aide said the Federal Government provided funding for the programme through loans from the Central Bank of Nigeria to Discos, as meters were provided to customers free of charge.

“One of the key successes of the NMMP initiative is how rapidly it has increased private sector interest in investing in the local meter assembly, manufacturing and installation space.”

The first phase (phase zero) was inaugurated later than expected in December 2020 due to the COVID-19 pandemic, with a target of one million meters.

READ ALSO: See the fees to be paid at Toll Gates now as released by FG

Zakari said a total of 750,000 meters had so far been delivered to Discos in eight months under the first phase of the NMMP.

“This is a marked improvement in terms of the speed of installation of meters compared to its predecessor (Meter Asset Provider programme), which recorded 350,000 meter installations in over 18 months,” he stated.

Meanwhile, the management of the Benin Electricity Distribution Company has it is offering discounts on outstanding debt ranging from five per cent to 25 per cent to customers in its franchise area.

The firm said it took the decision in view of the economic situation of the country, particularly because of the COVID-19 pandemic.

The Managing Director and Chief Executive Officer, BEDC, Funke Osibodu, who disclosed this in Benin during a media parley, said the discount known as Debt Rescheduling Scheme was to ensure that customers who subscribed were not disconnected and were given accelerated metering process.

“Recognising the financial difficulties that customers are going through, especially during this period of COVID 19, BEDC has begun a Debt Rescheduling Scheme for customers in its coverage areas.’’

“This is a soft-landing approach for customers to settle their outstanding debts on electricity consumption as we offer discounts ranging from five per cent to 25 per cent, down payment of 25 per cent, with balance payable over four years or provision of an additional five per cent discount where a customer pays off such outstanding instantly.”

Speaking on the national mass metering programme initiated by the President, Major General Muhammadu Buhari (retd.), Osibodu said the company had taken delivery of 54,198 out of the 75,870 meters allocated to BEDC for distribution, adding that 40,000 meters had been installed by BEDC across the four states covered by the company.

While emphasising that the meter and its installation were free and that it had been paid for, the MD warned customers not to pay money to anyone in the name of getting meter or its installation.