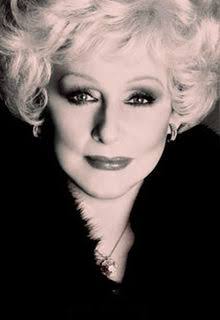 While the list of inspirational quotes is like the universe, vast and constantly expanding, here are six seeds of wisdom from successful entrepreneurs.

“We must have a theme, a goal, a purpose in our lives. If you don’t know where you are aiming, you don’t have a goal.” After being passed up for a promoting after 25 years in the direct selling business, Mary Kay Ash took her $5,000 in savings and created Beauty by Mary Kay. The company was founded on the belief that women could foster their talents and realize unlimited success. Today, Mary kayincorporated has more than 2 million independent Beauty Consultants worldwide. In addition to founding Mary Kay, Ash authored three books which all became best sellers.

“I have not failed. I’ve just found 10,000 ways that won’t work.” Edison developed the phonograph, commercially practical light bulbs and the motion picture camera. He was a pioneer in applying mass production to the process if invention and he was known for his systematic approach to research and development. He is credited with creating the first industrial research laboratory. As holder of more than 1,000 United States patents, Thomas Edison was one of the most productive inventors in history. Edison accepted the progression that is inherent to success. He demonstrated that is inherent to success. He demonstrated that each step in the process is vital to meeting the goal.

“How you climb a mountain is more important than reaching the top.” As a member of the Southern California Falconry Club, Yvon Chouinard, dissatisfied with the climbing equipment that was available, decided to make his own. He purchased a coal-fired forge, an anvil, tongs and hammers. He set up shop in his parents’ backyard. By 1970, Chouinard Equipment became the largest climbing hardware supplier in the United States.

Since founding Patagonia, one of the world’s most successful outdoor clothing and gear companies, Chouinard has been a pioneer in mixing environmentalism with sound business practices. How we play the game, whether in business or in life, can matter more than how we finish.

“Show me a person who never made a mistake, and I will show you a person who never did anything.” In the 1940s, William Rosenberg founded industrial luncheon Services using $1,500 in war bonds and $1,000 in borrowed seed capital. Following its success, and noticing that a significant percentage of revenues came from coffee and doughnuts, Rosenberg founded the Dunkin’ Donuts franchise in 1950. Dunkin’ Donuts is now represented in 32 countries with more than 10,000 locations.

For thousands of years, entrepreneurs have discovered, invented, created, developed, improved and theorized. Their quotes help explain their mode of operation and the reasons they believe they have become successful. Their words of wisdom may also motivate others to set goals, embrace failure and learn from their mistakes.