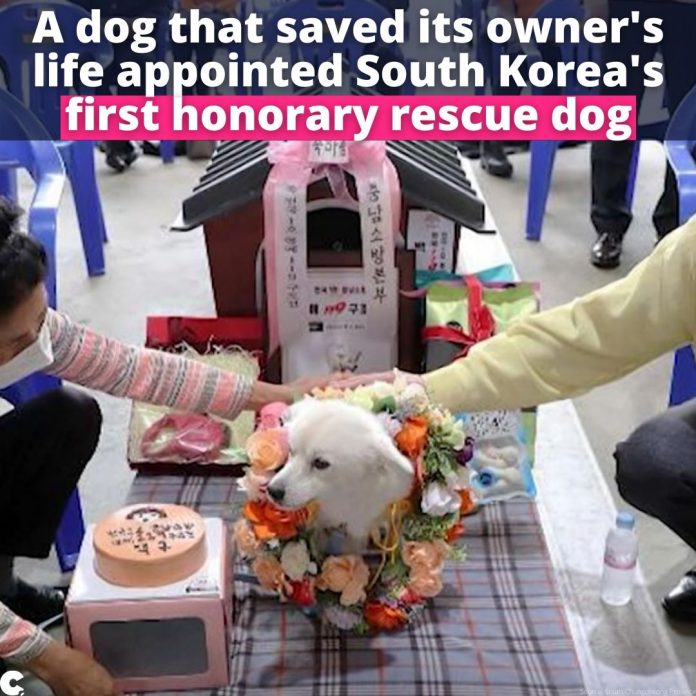 A four-year-old dog in South Korea was awarded the title of honorary rescue dog after the dog saved its owner’s life.

After Baekgu’s elderly owner collapsed in the middle of a rice field, the dog stayed by her side and kept her body temperature up, preventing her from dying of hypothermia. Authorities were able to detect the dog’s thermal signature in the rice field, leading to the woman’s rescue.

Baekgu’s owner is now recovering in the hospital, and authorities awarded Baekgu a new title for his courage, according to a press release.