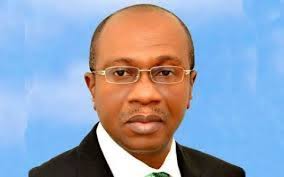 The Central Bank of Nigeria has vowed to engage financial crime fighting agencies to pursue fraudsters who have been deceiving the banks with fake documents to buy forex at cheap rates and sell at higher rates at the black market, NIKE POPOOLA reports

Eight weeks after the Central Bank of Nigeria stopped selling forex to Bureau De Change operators and asked legitimate travellers to approach the banks to access cheap forex, the banks have been inundated with fake demands, findings have revealed.

More customers have been deceiving the banks with fake documents to obtain the forex at cheaper rate, and prevented genuine travellers from gaining access to forex.

The CBN Governor, Godwin Emefiele, had said that the BDCs defeated their purpose of existence to provide forex to retail users and had become wholesale and illegal dealers.

“They have remained renegade and so greedy, recalcitrant with abnormally high profit from these sales while ordinary Nigerians have been left to feel the pain and therefore suffer,” he said.

He said the CBN had maintained its stand to discontinue the sale of forex to the BDCs.

Emefiele urged any Nigerian who had legitimate business to conduct to take the business to the banks to buy cheap forex.

He also said the banks would sell forex to travellers to pay for school fees and medical bills.

He added, “I want to put it on record that if the amount you want is above the limit that is recognised and we find that the reason you are making those demands is legitimate, the bank will speak to us and we will give you what is even more than the limit.

“If you have dollars to sell, go to your bank. We will continue to monitor the banks.”

Findings, however, showed that the banks have been reporting fraudulent forex demands to the CBN.

Confirming this, Emefiele said, “We conducted a study; one of the banks in one day sold to 52 people who said they wanted to travel. After two weeks, they went to check, 40 out of the 52 had cancelled their tickets.

“How could you have a situation where about 70 per cent or 80 per cent who went to bank to buy BTA on the reason that they want to travel, banks sold to them, they turned back and went and sold to the black market. They were asked to return it and we are going to pursue you if you are involved in these nefarious activities.”

Emefiele added, “If you go to bank with fake visa, fake passport, we have told them not to sell to you. If they sell to you mistakenly, and after two weeks, we check and find that you cancelled your ticket or your visa is fake, they will call you because you are their customer.

“We will send them to EFCC and other crime agencies, they will pursue you and you must return the dollars because you cannot acquire it illegally. That is our position.”

However, some legitimate travellers have complained that they applied for forex at their banks but could not get it before their trips.

A traveller, who identified himself just as Felix, said, “My wife applied for PTA at the bank. Today, they called to inform her that they do not have dollars and she should seek alternative means from BDCs.

“This was despite sending mails out that travellers could buy forex five hours before their trip.”

Another traveller, who did not want to be named, said, “I applied for forex and was going to the bank and spending hours there for three days but they did not sell to me and did not inform me that they would not sell to me after wasting my precious time.

“I had to go the BDCs to buy at the black market rate when I was travelling. I spent three days trying to get dollars at the bank before my trip; I could not.”

A source from one of the banks who would not want to be quoted said that there were instances of customers applying for forex but did not travel after two weeks from the bank’s findings.

According to him, the customers did not return the forex that they bought to the bank.

He said the banks had to go through a lot of processes to confirm the payments before selling the forex and many applicants were on the waiting list.

While explaining the reasons why many travellers had been applying but could not get forex, he said that the bank could only sell the quantity of forex available to them when they are only able to finish confirming the applications.

Meanwhile, the naira had maintained its downward trend after falling to N570/$ on Friday from N490/$ before the CBN stopped forex sales to the BDCs in July.

The naira however traded around N412/$ at the I&E forex window which is the only official rate the CBN governor said he recognised.

As part of efforts to solve naira crisis, the CBN on Friday vowed to clampdown on Abokifx, an online forex publication.

It had accused the website, its owner and patrons of manipulating the exchange rates to sabotage the economy.

In response, abokiFX suspended its publication of exchange rates between the naira and other currencies on its website.

AbokiFX disclosed this in a statement on Friday evening titled ‘Temporary suspension of rate publication – AbokifX’. It said, “AbokiFX has taken the decision today, the 17th of September 2021, to temporarily suspend rate updates on all our platforms, until we get better clarity of the situation.

“Final rates have been posted this evening but the abokiFX news section and the Crypto rates section will still be active.”

A former President, Association of National Accountants of Nigeria, Dr Sam Nzekwe, said forex should not be allocated to the BDCs but the BDCs should source for the forex by themselves.

“Allocating forex to them is like throwing money into an area that you don’t have adequate control because you don’t know what they are doing,” he said.

On the happenings in the banks, he said it was necessary to monitor the banks very well to make sure that they were playing according to the rules.

READ ALSO: Message from my mentor on how to be super productive in your business

According to him, people could make quick money from the forex if they were not well monitored.

Banks have continued to tell beneficiaries of the cheap forex sales to return them if not used.

First Bank of Nigeria said in an email to its customers titled ‘Adherence to forex sale policy’, that “We have been directed by the Central Bank of Nigeria to inform all our customers that unethical practices to circumvent the new CBN policy on the sale of forex, such as the presentation of false travel documents, visas, and the cancellation of flight tickets after purchasing personal travel allowance and business travel allowance, will no longer be tolerated.

“Defaulting customers who present fraudulent travel credentials or cancel their tickets and fail to refund the purchased PTA and BTA within two weeks, as stated in the signed customer declaration form, will have their identities and bank verification numbers published.”

More banks have also been passing the same message to their customers, findings revealed.