What You Should Know On Trending Messages About WhatsApp now 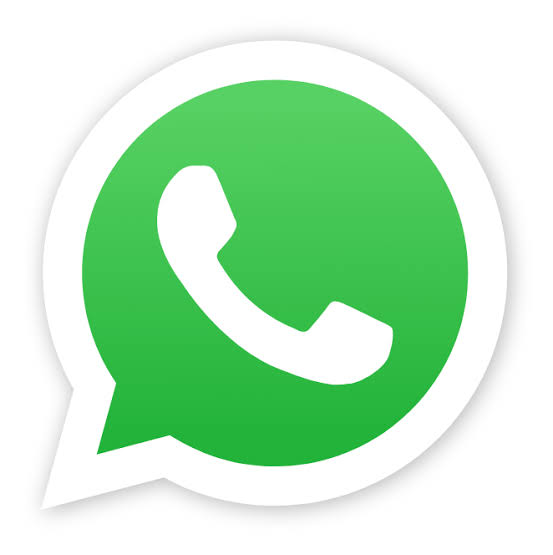 What You Should Know On Trending Messages About WhatsApp now

For Mark Zuckerberg, the Chief Executive Officer of Facebook, WhatsApp and Instagram, the last one week has not been so good.

His fortune declined by $5.9 billion to a mere $117 billion in total last week Monday amid continued political pressure and a rare lengthy outage of the company’s apps, even as investor confidence weakened sending a bit of shares down 4.8% and zapping away billions from his wealth.

Facebook stock came under pressure from two fronts: an unusually long outage of its namesake platform, Instagram and WhatsApp, a mistake likely costing the company tens of millions of dollars in revenue.

The other matter weighing on Facebook is last week Tuesday’s Congressional hearing, where a former product manager, Frances Haugen, testified about her decision to become a whistleblower and leaked internal data to the Wall Street Journal.

Haugen criticized Facebook for putting “profits over people” and failing to maintain safeguards against misinformation after the 2020 presidential election.

As if all these aren’t enough a trial, Facebook’s sister company, WhatsApp is presently being plagued by scams. Though we have had Facebook Scams, Twitter Scams, Skype and many more, the WhatsApp scams have refused to go away, at least for now. While some of these scams are downright silly, some of them can actually bewilder users and leave them confused.

Listed below are some of such hoaxes that you should beware:

Hoax 1: WhatsApp is ending at 6pm

The first on our list is the latest hoax that you might catch sooner or later. It reads:

“Tomorrow at 6 pm they are ending WhatsApp and you have to pay to open it, this is by law.

If you wish to re-activate your account after it has been deleted, a charge of £25 will be added to your monthly bill.

We are also aware of the issue involving the pictures updates not showing. We are working diligently at fixing this problem and it will be up and running as soon as possible. Thank you for your cooperation from the WhatsApp team”.

READ ALSO: 6 things you should do before buying a used car

So the hoax says, WhatsApp will charge you money soon because its servers have congested. Under no circumstances this message proves its authenticity. WhatsApp says it never makes your account active or inactive regardless of network congestion and without the user’s consent.

Have you ever been in the list of receiving WhatsApp Gold’s invitation? Well, some users were allegedly sent Gold membership invitations, which turned out to be fakes.

In their defense, WhatsApp does sends invitations to contacts on your list who haven’t yet installed WhatsApp. But it never sends invites for pro/gold/plus/star or any such version without publically announcing such update.

WhatsApp virus isn’t delivered from within the app, but via the email client on your phone. Users are sent an email saying that you have a missed call on WhatsApp or a voice message. The email contains a link that claims to show the missed conversation or call. Upon tapping on it, a virus is downloaded on your device.

Yes, this sure sounds misleading but WhatsApp never provides notifications through an outside source. Since WhatsApp uses your phone number, there’s no way they would provide any notification through a source as vulnerable and unrelated as email. It is best to ignore such messages or simply report them as spam.

You must have seen chain messages on WhatsApp, wherein we are asked to forward a message to 10 people on our contact list. These are absolute crap and you must simply ignore such bogus information.

“Hello, I. Am DAVID D. SURETECH founder of WhatsApp. this message is to inform all of our users that we have only 53million accounts available for new phones. Our servers have recently been very congested, so we asking for your help to solve this problem. We need our active users to forward this message to every single person in their contact list in order to confirm our active users that use WhatsApp. If you do not send this message to all your contacts to WhatsApp, then your account will remain inactive with the consequence of losing all your contacts. The automatic update symbol on your SmartPhone Will appear with the transmission of this message. Your smartphone will be updated within 24 hours, and will feature a new design; a new color for the chat and the icon will change from green to azul. Whatsapp will begin to charge unless you are a frequent user. If you have at least 10 contacts send this sms and the logo will become red on your platform to indicate that you are an active user. Tomorrow, we wil begin to take messages for whatsapp for 0.37 cents. Forward this message to more than 9 people in your contact list and the what’s app logo on your will turn blue meaning that you have Become a free user for life.”

To this, WhatsApp responded:

“WhatsApp will no longer charge subscription fees. For many years, we’ve asked some people to pay a fee for using WhatsApp after their first year. As we’ve grown, we’ve found that this approach hasn’t worked well. Many WhatsApp users don’t have a debit or credit card number and they worried they’d lose access to their friends and family after their first year. So over the next several weeks, we’ll remove fees from the different versions of our app and WhatsApp will no longer charge you for our service.”

·“Please understand that this is a hoax and there is no truth to it.”

You might have come across a WhatsApp Spy App that will allow you peep into other’s chats. Yeah, you got that right! What better than a chance to spy on your ex. But in reality there is no such app in existence, making this an absolute hoax.

This hoax has proliferated so much so that if you search ‘WhatsApp Spy App’ on Google, you’ll find several articles on how to spy on other people along with links for various apps and software. However, most of these links are gateways to malware and spyware on your device and should never be downloaded or clicked

Having listed these scams, we’d also like to mention what the officials at WhatsApp have to say about these scams. “We work diligently to reduce any spam messages that come through our system. Creating a safe space for users to communicate with one another is a priority….

Even if you receive these messages, it is always advised to block the sender and disregard or delete the message. To avoid exposing your contacts to potential harm, never forward these messages and report the spam immediately.

Meanwhile, some smartphones will be barred soon from accessing WhatsApp, the instant messaging app has said.

With more than one billion customers international, the messaging software WhatsApp is one of the most frequently carried out social media structures for communique in recent times’ technology.

Due to the reality that it is extra non-public, you can make each voice and video call, deliver voice notes, and proportion documents which include audio, video, files, and pics with others, it is becoming more famous.

You can also shape a hard and fast wherein you could discuss topics that you all have in not unusual with others.

But the fact that a few smartphone will not be capable of preserve up with WhatsApp in the intervening time is genuinely distressing news for a number of people.

From the beginning of November, forty-three smartphone models, alongside each Android and iOS model, may also lose the ability to deliver messages and photos, make video selections, via the encrypted connection, according to WhatAspp.