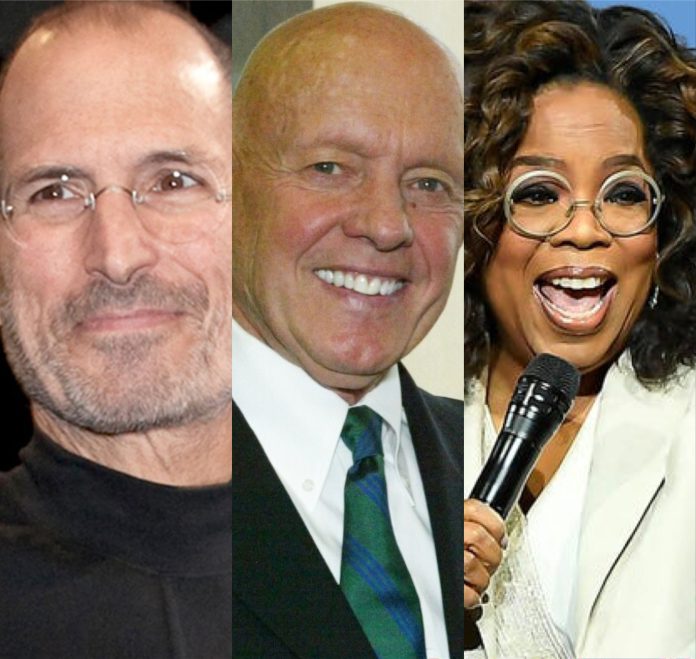 “Success can be attained in any branch of human labor. There is always room at the top in every pursuit.” — Andrew Carnegie

“Your time is limited, so don’t waste it living someone else’s life.” — Steve Jobs

“Build your own dreams, or someone else will hire you to build theirs.” — Farrah Gray

“The critical ingredient is getting off your butt and doing something. It’s as simple as that. A lot of people have ideas, but there are few who decide to do something about them now. Not tomorrow. Not next week. But today. The true entrepreneur is a doer, not a dreamer.” — Nolan Bushnell

“Don’t worry about failure. You only have to be right once.” — Drew Houston

“Growth and comfort do not coexist.” — Ginni Rometty

“Control your own destiny or someone else will.” — Jack Welch

“I stopped pretending to myself that I was anything other than what I was and began to direct all my energy to finishing the only work that mattered to me. Had I really succeeded at anything else, I might never have found the determination to succee the one area where I truly belonged. I was set free, because my greatest fear had been realized, and I was still alive, and I still had a daughter whom I adored, and I had an old typewriter, and a big idea. And so rock bottom became a solid foundation on which I rebuilt my life.” — J.K. Rowling

“A small business is an amazing way to serve and leave an impact on the world you live in.” — Nicole Snow

“I knew that if I failed, I wouldn’t regret that. But I knew the one thing I might regret is not trying.” — Jeff Bezos

“The biggest adventure you can take is to live the life of your dreams.” — Oprah Winfrey

“The secret of success is to do the common thing uncommonly well.” — John D. Rockefeller Jr.

“The stars will never align, and the traffic lights of life will never all be green at the same time. The universe doesn’t conspire against you, but it doesn’t go out of its way to line up the pins either. Conditions are never perfect. ‘Someday’ is a disease that will take your dreams to the grave with you. Pro and con lists are just as bad. If it’s important to you and you want to do it ‘eventually,’ just do it and correct course along the way.” — Tim Ferriss

“Waiting for perfect is never as smart as making progress.” — Seth Godin

“Timing, perseverance, and ten years of trying will eventually make you look like an overnight success.” — Biz Stone

“We need to accept that we won’t always make the right decisions, that we’ll screw up royally sometimes — understanding that failure is not the opposite of success, it’s part of success.” — Arianna Huffington

“I never dreamed about success, I worked for it.” — Estée Lauder

“Chase the vision, not the money; the money will end up following you.” — Tony Hsieh

“When in doubt, bootstrap. Using your own personal resources is the easiest way to start a business. You don’t have to convince investors about the merits of your idea. You just have to convince yourself.” — Ryan Holmes

“Being a woman in business doesn’t come without challenges. My advice? Surround yourself with other supportive women that encourage you, share ideas, and get you motivated.” — Jessica Alba

READ ALSO: Success motivation from 25 mentors that can revolutionize your business now

“People who are unable to motivate themselves must be content with mediocrity, no matter how impressive their other talents.” — Andrew Carnegie

“You don’t need to have a 100-person company to develop that idea.” — Larry Page

“Do what you love and success will follow. Passion is the fuel behind a successful career.” — Meg Whitman

“All humans are entrepreneurs not because they should start companies but because the will to create is encoded in human DNA.” — Reid Hoffman

“No man can become rich without himself enriching others.” — Andrew Carnegie

“I’m convinced that about half of what separates the successful entrepreneurs from the non-successful ones is pure perseverance.” — Steve Jobs

“Whenever I meet a successful CEO, I ask them how they did it. Mediocre CEOs point to their brilliant strategic moves or their intuitive business sense or a variety of other self-congratulatory explanations. The great CEOs tend to be remarkably consistent in their answers: They all say, ‘I didn’t quit.’ — Ben Horowitz