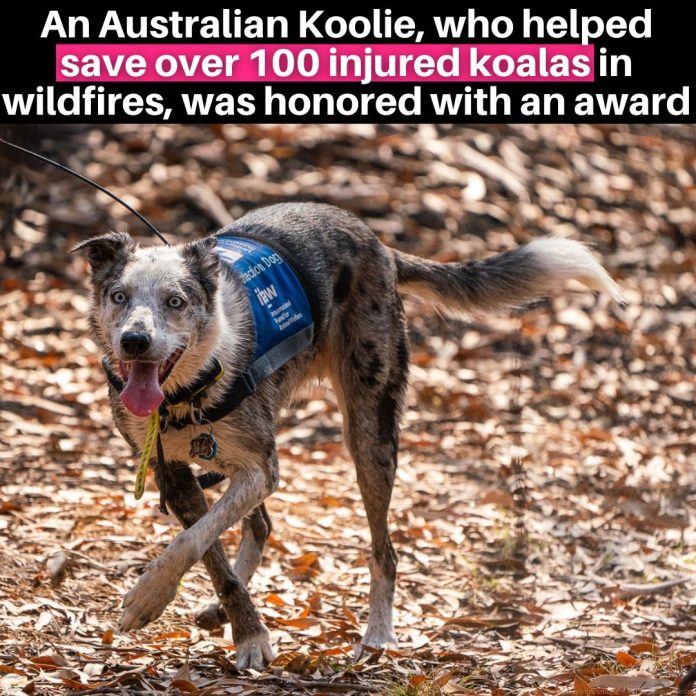 What a good boy!

Bear, a six-year-old Australian Koolie who helped find and save over 100 injured koalas, received a special honor from the International Fund for Animal Welfare.

During Australia’s 2019-2020 wildfires, Bear sniffed out live koalas in need of rescue. These koalas were then able to get the medical care they needed to recover from burns, malnourishment, and dehydration. The IFAW honored Bear for his heroism virtually at the Animal Action Awards at the House of Lords.

“We think Bear really deserved this award because he’s been such a good boy in helping us find and rescue a lot of koalas, especially during the bushfires, but he works throughout the year to help us in our job to make a better and safer place for koalas. We’ll give Bear extra pats and extra play for his award,” Bear’s handler, Dr. Romane Cristescu, said in a statement.

Get a cash bonus when you signup and save on the Cowrywise app with my invite code JOSEPLWV or invite link.
Facebook
Twitter
WhatsApp
Linkedin
Telegram
Previous articleSuccess Mindsets from 33 mentors for unparalleled business breakthroughs
Next articleJUST IMAGINE: Elon Musk sells US$5bn in Tesla shares following Twitter poll – see details

8 reasons why you should keep a pet – Part 1

Most Popular Dog Breeds in 2021