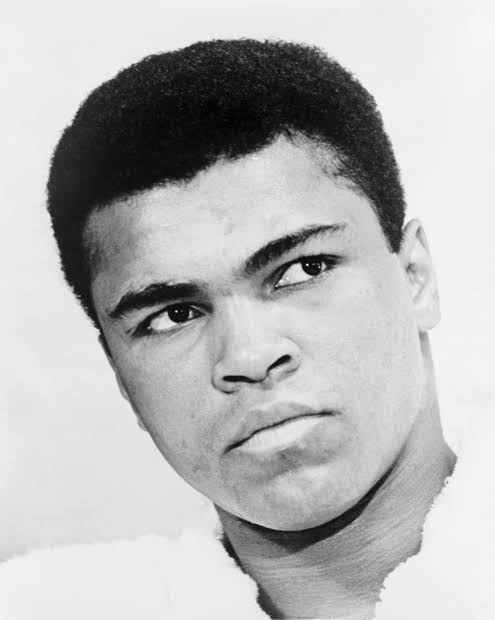 Muhammad Ali is one of the greatest boxers ever, but it’s his personality and his work outside of the ring that cemented his legacy. You can argue that he is not the GOAT, but it’s hard to argue against the impact that he had on sport and culture. He was charismatic, cultured, quick-witted, and a joy to be around. His personality transcended everything that he did inside the ring, and there is a lot that we can learn from him.

Unfortunately, Ali is no longer with us as he passed in 2016. But his legacy and life lessons remain, and it’s those that I’ll look at here.

It’s Okay to Lose (if you make a comeback)

Muhammad Ali overcame a lot of adversity in his life and career. He refused the draft and was sentenced to time in prison. In the end, he held onto his freedom, but only at the expense of 4 wasted years during his fighting peak. In his 32nd professional fight, Ali lost to Joe Frazier, ending an incredible winning streak and losing his belt in the process.

A couple of years later, following a flurry of wins, he lost the title again and promptly won it back. In total, Ali regained the title on three separate occasions, including one toward the end of his career.

Winning the heavyweight title is tough, but regaining it after everyone is betting against you and the media has written you off is a near-impossible feat.

Ali proved that it’s okay to lose, as long as you don’t let that defeat define you. Use it as experience, wear those scars with pride, and get straight back into the ring.

Give When and Where You Can

Ali gave a lot to people in need.

Most sports stars support charities and try to do their bit, but for Ali, it was about much more than throwing money at the problem and attending a few events. He truly cared about the causes that he supported, and as a result, he made a massive difference in the world.

It doesn’t matter what you do, how rich you are, or what your cause is, you should always try to give a little back.

You Are Not Your Job

Ali was a smart fighter. He was powerful, fast, and technically brilliant, but he was also intelligent and quick-witted. He proved that a man is more than his career, and that applies whether you’re taking right hooks in the ring or working 9 to 5 in the office.

READ ALSO: Message from my mentor on 5 life changing principles to follow for  a better life and business

It’s easy to let your job define you, and if you’re lucky enough to do what you love, there’s nothing wrong with that. But it doesn’t have to define you if you don’t want it to.

Use Others’ Hatred in Your Favor

Today, we remember Muhammad Ali as one of the greatest sportsmen ever. He is beloved by all. In the ’60s, however, there were millions who hated him. Many considered him to be arrogant and reacted badly when he refused the draft.

Rather than letting all of that hate beat him down, he used it to grow, improve, and prove his doubters wrong. Greatness often comes from adversity, so it’s no surprise that the greatest of all time was constantly swimming against a tide of doubt and hatred.

Grow Up and Change Your Ideas

That’s a direct Muhammad Ali quote, and it’s a lesson that we all need to learn.

We’re all a little guilty of stubbornness. We believe what we believe because it has always been that way. If you believe that the world is flat for 20 years and you preach that message to your friends and family, you’ll feel pretty stupid when you realize that the opposite is true. At that point, your options are to either accept that you were wrong, admit your faults, and embrace the inevitable mockery, or dig your heels in and continue preaching your nonsense.

Far too many people opt for the latter. They blind themselves to the truth because it’s more comfortable.

An intelligent person is someone who is always willing to change and admit their faults when faced with new evidence. That’s not just how we evolve as people. It’s also how we evolve as the human race.

Put Yourself Out There

Muhammad Ali was never afraid to step into the ring or in front of a camera. He wasn’t afraid to refuse the draft or go up against the seemingly unstoppable George Foreman.

He put himself out there, took a chance, and faced whatever challenges came his way. Far too often, we let our fears and doubts get the better of us. We worry too much about what might happen and what people might think, and so we spend our youth holding back and our senior years regretting it.

Put yourself out there. Step into the ring.