MAN-MADE AGGRESSIVE DOGS ABOUND EVERYWHERE (In your own interest!) by Dr Gani Enahoro 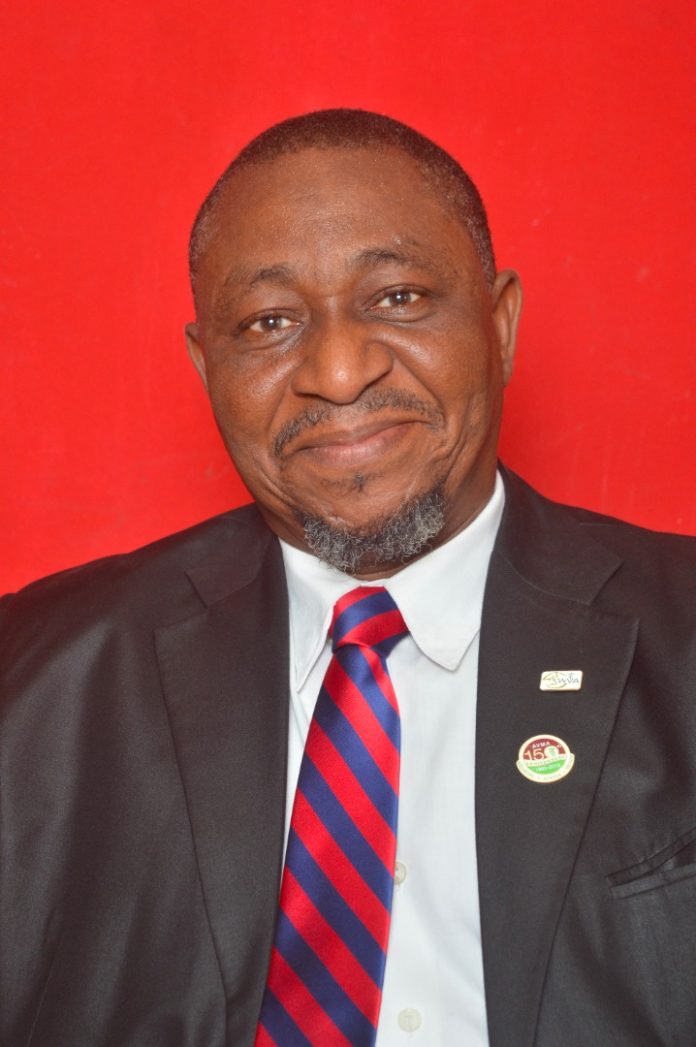 MAN-MADE AGGRESSIVE DOGS ABOUND EVERYWHERE (In your own interest!) by Dr Gani Enahoro

The unconfirmed global population of dogs is about one billion. That is huge and not unexpected for a companion animal that is reputed to be closest to man from time immemorial and dog is believed to be man’s most trusted and best friend. Don’t mind those pockets of people who eat them across the world, they are in a very tiny minority and dogs will never take them for friends, in fact by some intuition they run far off and bark at a safe distance when they see dog eaters. Despite this closeness between human and dogs, accidents do happen and dog could bite man, which is likely to make the headlines. But when it is the other way round, no one hears anything. As a practicing vet, I have treated several dogs that were severely injured by aggressive humans who will not give them any room for learning. These are people who erroneously equate the intelligence of man with that of dogs. It doesn’t work like that. It’s like comparing apple with orange. Dog will never become man no matter how hard we might try, although they have special gifts and abilities that surpass that of man in several cases.

Humans are generally impatient by nature, and could be outright wicked in their disposition. Slavery lasted for centuries in the past and it was tolerated as normal for so long, human trafficking, drug trafficking, banditry and kidnapping have all been human pastimes in recent times. Many male dog owners are as aggressive if not more than the dogs they complain about, and at the slightest provocation do kick dogs very badly with their bare legs or in hard boots, causing avoidable fractures to occur either way or both ways in some cases. Some desperate owners or neighbours cause dogs blunt force injuries and in at least one famed case that was treated pro bono at Gan-Rovet, a man used a machete to slice the face of a dog into two over a suspicion that it killed the newly hatched chicks belonging to his wife. The management of that case of cruelty went viral on social media because the Nigerian Society for the Prevention of Cruelty against Animals (NSPCA) developed a short video on it.

READ ALSO: Solving a fear or aggression problems in your dog

In the case of women reacting to dog nuisance, they are less likely to kick with their legs, but could throw objects at their dogs for what they consider to be their stupidity, especially in the habit of uncontrolled defecation all around the compound by dogs that were not originally housebroken when they were much younger. As it is typical of human beings, also known as homo-sapiens, they will never own up to the guilt of not training their dogs the way they liked. Some angry women have been reported to have thrown hot water, oil or injurious chemicals that they readily laid their hands on, resulting in various degrees of skin burns. All of these human actions occur so frequently to dogs whether as direct victims or the spectators amongst them who would run helter skelter with their tails in between their legs in fears that it could be their turns in future. So when next you see the dog growling at you, it could be plainly defensive against what they had learned amongst themselves in the past. Unfortunately, over time we have accepted aggression by dogs as a way of life, forgetting that we could have made them to be.

Training puppies, whichever the breed even the hardened mongrels on housebreaking is possible, provided one is ready to spare the time, and that should begin to count as responsible way to own them. The protocol is simple. The puppy should live indoors at the beginning, and create the time to take it out hourly whenever you are available or at least once in two hours to pee or poop at a designated corner outside. Once it gets used to this routine, then you are on your way to housebreaking your puppy properly. The critical times to take your puppy out includes soon after waking up from sleep, after every meal and drinking water. Puppies are playful, there are chances that their bladders could also be full with urine soon after a bout of exercise, so before the dust settles, take it to your designated ‘restroom’. It could be hard to do at the beginning, in which case you would have to lift the puppy to the marked area, but with time, a leash on a collar could serve the purpose. The rule that must not be forgotten is that you should have some dog snacks/chews ready always to reward your puppy each time it does the pee and poop outdoors and at the right place. As the puppy grows, there wouldn’t be need for a leash to wee any longer. This training could last up to 3-6 months and in some cases more than that. Just be patient, because the innate capacity to learn is not the same for all dogs.

READ ALSO: Easy way to stop your dog from digging

Now, let’s look at the consequences of aggression. Public health researchers have reported millions of dog bites yearly across the world, whether the authorities are notified or not. They also believe that most dog bites are triggered by inner fears, just like a defensive mechanism to support their braggadocio. Before any bite, dogs largely exhibit anxiety by barking in some cases and the ears will fold backwards. That in my view is where the lines should be drawn, but in my almost four decades of working with dogs,

I can also volunteer additional sacred tips to avoid dogs biting you: watch whether the dog is standing confidently on 4 legs or maintaining a knee-bent poise and howling at you. When you notice all those signs cummulatively, avoid any unnecessary heroism, freeze your movement or change direction and walk away, otherwise, the dog will bite you.

In the event that you strayed into the vicinity of an aggressive dog, the first rule is not to run or maintain “I-don’t-care” attitude as they say it here. If you are sure that the dog would most likely attack you, figure out if there could be any obstacle in between you and the dog to ward off direct hurt on your body and if you are holding a bag or baton, offer it to the dog and the dog would most likely grab onto it, and that could provide the window you need to escape. Don’t shout back at the dog to further aggravate its anxiety.

Talk calmly to the dog if you must otherwise walk away. Just any distraction is the best strategy to keep the dog busy. Never you do eyeball-to-eyeball contact with such dogs, it could be misinterpreted as if you are spoiling for a battle. If all efforts fail, don’t ever contemplate to fight back when eventually attacked by an aggressive dog? Don’t be a macho man and go rough trying to hit the dog back or struggle to pull off the bite, you could aggravate the situation and get hurt the more, instead stay calm and wait for the opportunity when it could be trying to re-grab or reposition his jaw, then back off slowly and defensively.

Never you turn your back on the dog and give room for a more shocking repeat of the initial attack. Do everything possible to remain standing, because the dog will always want you to fall so that it remains on top of you in an alpha pose of a conqueror. Don’t ever allow that. Should it happen that you mistakenly tripped backwards and fell down, then do everything possible to save your face from bites and protect your neck where the jugular is from any tear and bleeding. That could be a fatal mistake. Remember, that your dog will not go through these crazy fights if you properly own it. The choice of what you make of your dog is yours.

Past Councillor for Africa at World Veterinary Association.

Board Member, Veterinary Council of Nigeria.

Facebook
Twitter
WhatsApp
Linkedin
Telegram
Previous article7 Things You Must Avoid if You Want to Be A Rich (You will be surprised!)
Next articleThe story of ELON MUSK – the technology wizard