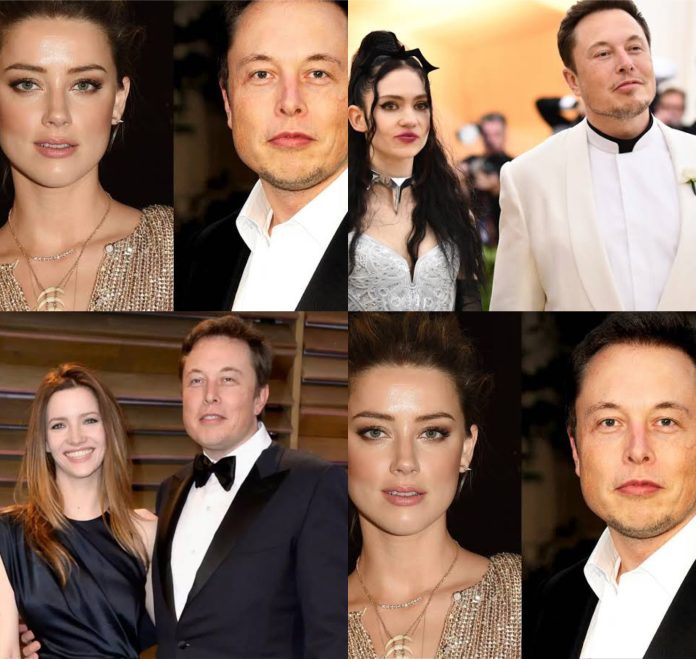 The story of ELON MUSK – the technology wizard

Inside the turbulent personal life of Elon Musk, who’s been divorced three times, dated Hollywood stars, and now co-parents a baby with the musician Grimes

Tesla and SpaceX CEO Elon Musk has had a headline-grabbing personal life over the years.
He has six sons, has been divorced three times, and recently broke up with the musician Grimes.
Here’s a closer look at Musk’s famous family and high-profile relationships.

Born in 1971 in Pretoria, South Africa, Musk was the eldest of three children. His mother Maye Musk is a Canadian model who’s appeared on the cover of Time and became a CoverGirl spokesperson at 69. His father Errol is an engineer.

Musk told Rolling Stone he’s struggled with loneliness since childhood. “When I was a child, there’s one thing I said,” Musk said. “‘I never want to be alone.’

Overall, Musk’s childhood was far from idyllic. He was ruthlessly bullied in school, and even ended up hospitalized after his tormentors shoved him down a staircase. Soon after his parents split in 1980, Musk went to live with his father, Errol — Musk told Rolling Stone that they are now estranged.

Musk is seemingly still close with his brother Kimbal and sister Tosca. All of the Musk siblings seemingly share an entrepreneurial streak: Kimbal is seeking to make the food industry more sustainable and healthy, while Tosca launched the romance film network Passionflix.

Musk also seems to have a good relationship with his mother. Vanity Fair reported that he gifted Maye with a green Tesla, and she moved to California in 2013 to be closer to her children and grandchildren.

He met his first wife, Justine Wilson, at Queen’s University in Ontario, Canada. Writing in Marie Claire, she recalled that Musk invited her out for ice cream. She decided to stay in to study, but he showed up with “two chocolate-chip ice cream cones dripping down his hands.”

Musk transferred to Wharton, but kept sending Justine roses. They went their separate ways, but reconnected as Musk started working on his first startup and Justine started working on her first novel after graduation. Justine said Musk wooed her by giving her his credit card to buy as many books as she wanted. The pair tied the knot in 2000.

The couple moved to Los Angeles and had a son named Nevada, whom they lost to SIDS. They ultimately had twins and triplets — five sons in total. In 2010, Musk called his children “the love of my life.”

The couple split in 2008. After his divorce, the tech mogul began dating actress Talulah Riley.

While Musk and his first wife became estranged, Justine wrote in Marie Claire that she and Riley ended up getting along very well. She even sent her ex-husband’s girlfriend an email saying: “I would rather live out the French-movie version of things, in which the two women become friends and various philosophies are pondered.”

Riley and Musk married in 2010. Two years later, news of their divorce became public when Musk tweeted at Riley: “It was an amazing four years. I will love you forever. You will make someone very happy one day.”

The couple remarried in 2013. Musk filed for — then withdrew — a second divorce the following year.

In 2016, Riley filed for divorce from Musk, which was finalized in late 2016. The two are still on good terms, however — Riley even made an appearance during Strauss’ Rolling Stone profile of Musk. “We still see each other all the time and take care of each other,” she told People.

Musk began dating actress Amber Heard in 2016, but they broke up a year later due to their intense schedules.

In a comment on one of Heard’s Instagram posts, Musk said he and his ex were “still friends, remain close and love one another,” and added, “who knows what the future holds.” He later told Rolling Stone: “I was really in love, and it hurt bad.”

In May 2018, Musk arrived at the annual Costume Institute Gala at the Metropolitan Museum of Art alongside Grimes, a Canadian musician. At the time, Page Six reported that the pair had been “quietly dating” for a few weeks.

Grimes and Musk met over Twitter. Musk was planning to make a joke about artificial intelligence — specifically, about the Rococo Basilisk character in her “Flesh Without Blood” video — and discovered she had beaten him to the punch.

In January 2020, Grimes posted a photo to her Instagram and Twitter accounts that appeared to show her pregnant. She later confirmed she was expecting a baby with Musk.

That December, Musk said that he had moved to Texas following a months-long fight with the state of California over coronavirus lockdown restrictions. It appears that Grimes and baby X have moved with him, and in March, he shared a family photo taken near SpaceX’s facilities in South Texas.

But in September 2021, Musk told Page Six that he and Grimes have broken up. “It’s mostly that my work at SpaceX and Tesla requires me to be primarily in Texas or traveling overseas and her work is primarily in LA,” Musk said at the time.