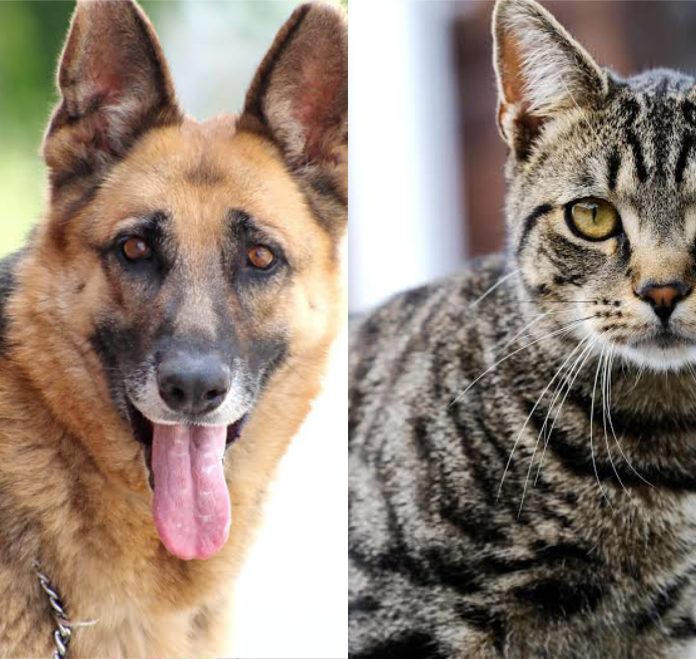 Having a pet can be rewarding, but also challenging.

1. You should never try to cut matted fur out of a pet’s ear.

brushing dog grooming dog husky pet
If you can’t brush it out, you might want to visit a groomer.

If long-haired dogs and cats aren’t regularly groomed the fur on their ears can become thickly matted — but that doesn’t mean you should grab your scissors and chop it off.

“Matts are difficult to brush or comb out, so sometimes pet owners decide to take matters into their own hands and cut them out with scissors,” Christie Long, veterinarian and head of veterinary medicine at Modern Animal, told Insider. “This is a mistake. Because it can be difficult to determine where the matt ends and the ear itself begins, it’s easy to cut the ear.”

The best way to deal with matted fur is to use a soft-bristled brush to gently comb out the matt. If this isn’t possible — or you have an uncooperative pet — a trip a professional groomer may be in order.

Many cat owners might be unknowingly skimping on litter boxes.

“Cats need plenty of clean areas where they can eliminate, and experts suggest that you should have a litter box for every cat you have, plus one additional box,” said Long.

Long also said that if cats don’t have an unsoiled box to go in, they will often find other places — which can include your floor or personal belongings. And once cats get into bad bathroom habits, Long told Insider that it can be almost impossible to force them to change their ways.

Because of this, you’ll want to provide your pet with multiple litter boxes as soon as possible and make it a habit to clean them daily.

READ ALSO: The top worst 5 reasons to get a dog

It’s never normal for a pet to vomit.

Some may not think too much of their pet vomiting now and then, especially if they have a dog who likes to eat grass or a cat who is always expelling hairballs.

But as Long told Insider, ignoring an animal’s chronic vomiting is a big mistake.

“Because cats will vomit hairballs from time to time, some cat owners think it’s normal for their beloved felines to vomit food as well. Vomiting is never normal for any pet, and even if your pet appears to feel well, it should be investigated,” said Long.

By taking your pet to an expert, you can figure out how to adjust their diet to stop the vomiting or if your animal has a more serious, underlying medical condition that must be addressed.

4. Forgetting to trim your dog’s nails is a common mistake.

Shelly Zacharias, veterinarian and vice president of medical affairs at Gallant, told Insider that, if left unattended, overgrown nails can be a source of pain and even medical problems.

“Overgrown nails can cause a number of problems, including growing into the footpad, which can cause extreme pain and infection, breaking off and bleeding excessively, or partially breaking off, which often needs sedation to fix,” said Zacharias.

Even more troubling, Zacharias also explained that chronically overgrown nails can even change the natural angle at which your dog stands and can cause arthritis to occur in those limbs in the long term.

Less active dogs who spend a lot of time indoors may be more prone to overgrown nails, so check your pets’ paws regularly.

5. Letting your dog meet new dogs face-first may not always be appropriate.

You can’t predict how dogs will react to a new dog.

Allowing dogs to greet nose-to-nose for their first introduction can prove to be dangerous for one of the pets or even their owners, Zacharias told Insider.

“It takes only a second for a bite to the face to occur if one of the dogs decides they are not a fan of the other, and even those of us with the best reflexes cannot stop this blink-of-an-eye injury from happening,” she said.

You can prevent dangerous confrontations from happening by first asking the other pet owner from afar if their dog is good with other animals.

“If the owner gives their OK, guide your pet to the new dog’s tail end to let them get to know each other before meeting face to face. This is a natural way for dogs to meet, rather than going nose to nose, which can be offensive to pets,” said Zacharias.

If your pet is meeting someone new and you see their ears go back or their fur stand on end, you and your animal should calmly move away from the new dog.

Picking up poop is definitely one of the least glamorous things about owning a dog – but this smelly task is non-negotiable.

6. Not only is it rude, but also it can be dangerous.

Dog feces can contain dangerous bacteria such as giardia, salmonella, and E. coli. If waste is left on the ground, these bacteria can infect people and animals by direct transfer or by contaminating the water supply.

Plus, leaving your pup’s poop on the street just isn’t polite.

“Nobody likes walking in their yard and stepping in another person’s dog poop. If you take your dog for a walk around your neighborhood, make sure to pick up after your dog,” said Ochoa.

7. Skipping your pet’s annual vaccinations is never a wise idea.

In some places, certain shots are mandatory.

Ochoa told Insider that keeping your pet up to date with their shots is actually an easy way to prevent costly medical problems down the line.

“The vaccines help prevent very common diseases seen in pets. By not vaccinating, you are putting your pet and other people’s pets at risk for developing problems,” she said.

8. Assuming that smaller animals are easier to care for is a mistake.

Do your research before adopting any pet, big or small.

If you’re not quite ready to adopt a dog or cat, you might think that bringing home an exotic lizard or a tank of tropical fish is a good way to ease into pet ownership.

In reality, the size of a pet doesn’t always correlate with how easy it is to care for. For example, some types of fish require water that is exactly the right temperature and precisely timed feedings.

“Many exotic animals come with lots of requirements to keep them healthy. Find an exotic veterinarian near you and ask questions about their care before getting an exotic animal,” said Ochoa.

9. Giving your pet medications that are meant for humans could be fatal.

Never give your pet any drug without speaking to a vet.

Ochoa said that no matter what you read on the internet, pet owners should never give their animal any medication that’s intended for humans without consulting with a vet.

“Many over-the-counter human medications are not safe for dogs or cats to take,” Ochoa told Insider.

Although some human drugs can be given to pets safely, the only way to do so is under direct veterinary supervision and in the correct dosage.

It’s also important to note that medication that is meant for dogs may be harmful or fatal to cats, and vice versa.