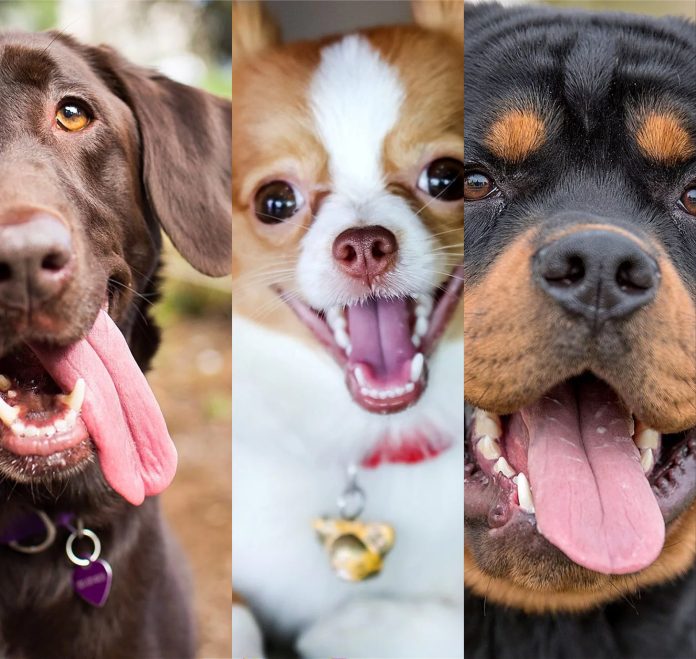 Check out 15 of the Smartest Dog Breeds

They may not be ready to beat you in a game of chess, but these brainy dogs are easy to train and generally anxious to please you. Here are 15 breeds with notable smarts.

They may not be ready to beat you in a game of chess, but these brainy dogs are easy to train and generally anxious to please you. Here are 15 breeds with notable smarts.

Growing up, just about everyone dreams of having a dog they can teach tricks to. Regardless of whether that’s still your aim, or if you’re looking for a dog who can compete in competitions, or just want a family pet who will know not to tear up the furniture and jump on strangers, how smart your dog is will determine how quickly she can learn.

“As with any other trait, intelligence is going to vary from dog to dog, depending on family tree and other factors,” says Dennis Riordan, DVM, of the Riordan Pet Hospital in Des Moines, Iowa. “But generally speaking, ‘intelligence’ is measured in dogs based on how many repetitions of a command it takes for them to figure out what you want them to do, and how often they follow learned commands the first or second time you say it. So if you’re teaching them a trick, or kennel training, or anything that involves their memory and recall, some breeds have been fairly consistently shown to do those things faster and more consistently than others.”

The smartest dog breeds, regardless of size or origin, all have that one thing in common: how quickly they can understand commands and how quickly they follow them. In the very smartest of dog breeds, hand signals and verbal commands can be trained simultaneously and used interchangeably, usually with no difference in response time. So if you’re looking for dogs who can follow your commands with precision, or just an affable family pet who can roll over for a treat, here’s a list of the breeds who will probably be easiest to train.

black-and-white border collie smiling at camera
Big brain alert! Border collies are considered one of the most intelligent dog breeds, and they love learning new tricks and working hard. R A Kearton / Getty

If you’re looking for a dog that can just about do it all, you’re looking for a border collie. These brilliant herding dogs have been keeping flocks of sheep safe throughout Scotland and Wales for centuries, and shepherds often refer to them as “the perfect shepherding dog.” In addition to learning cues quickly, these dogs are smart enough to learn and understand routines, and can be trained to handle daily tasks without much supervision. Nimble, athletic, and observant, border collies have continually done well in agility competitions, dominating competitions like the prestigious Crufts International in their native UK.

READ ALSO: How to teach your dog to accept muzzle

Don’t let the fluffy hairdo fool you: Poodles are adept hunters, effective water dogs, and some of the brightest dogs you’re going to come across. Poodles of all sizes carry a high degree of intelligence, but the standard is the one best equipped to utilize those smarts, thanks to his greater size and strength. Underneath all those curls, the standard poodle sports a strong, slender body that makes him a great swimmer and excellent at retrieving.

They’re the second most popular dog breed in the United States for a reason. With perhaps the greatest combination of size, athleticism, and intelligence in the entire dog kingdom, the German shepherd is prized for everything from show competitions to home protection to military and police work. Deeply loyal and eager to please, well-trained German shepherds make excellent family pets as well. The first genuine canine movie star—Rin Tin Tin—was a German shepherd, and that’s not a coincidence. They learn and retain new skills with alarming speed and consistency, and they have the physical gifts to accomplish truly astonishing feats.

“German Shepherds, especially American-born purebreds, tend to have pretty serious issues with hip dysplasia as they age,” Riordan says. “So a lot of people who buy them as pups, they’ll see them slow down dramatically around age 8.”

Coming in just behind the German shepherd in popularity in the U.S., golden retrievers are beloved for their affable, people-pleasing, joyous nature. But in addition to being some of the friendliest dogs alive, they’re also among the smartest. This has helped make them excellent choices for service and therapy dogs, as well as working as search and rescue dogs, hunting dogs, and champion field and obedience competition animals as well.

Bred to be obedient, loyal companions, Dobermans are often vigilant. They form deep bonds with their owners and are commonly called “Velcro dogs.” everydoghasastory / Shutterstock

Long one of the world’s premier protection dogs, the Doberman pinscher is a physical specimen almost without equal. Though they are fast, agile, and strong, these dogs’ greatest feature is their intelligence, which enables them to learn a variety of commands and tasks quickly, and allows owners to trust that they’ll follow commands unerringly.

Bearing a close resemblance to their larger cousin, the collie, the Sheltie has been a consistent champion in obedience competitions almost since the moment of their recognition by the AKC in 1911. Much like their collie relatives, the Shetland sheepdog is a remarkably intelligent breed as a matter of necessity. As herders, they were required to keep track of a large number of wandering animals for long periods of time, often without supervision. This has created a small, nimble dog who is keenly observant and thrives on having a job to do.

The most popular breed in the United States every year since 1991, these gregarious, hardworking hunting dogs are no slouches when it comes to brains, either. Not actually from Labrador, these dogs were originally used on fishing boats to jump into the water and retrieve harpooned fish. Famously friendly, Labs’ docile nature has become as much a hallmark of the breed as any of their physical characteristics. This drive to get along with everyone and to please their human companions in particular makes them excellent hunters and helps them excel in obedience, agility, and retrieving competitions. If you have an active lifestyle and want a loving, intelligent dog who can keep up with you, this is your boy.

Looks and brains! These adorable little dogs have long been a favorite among royalty and aristocracy thanks to their regal appearance and charming personalities. But inside those tiny, plumed heads is a first-rate mind! Papillons delight in learning tricks and performing for people. Being the center of attention and making people smile is practically the papillon’s raison d’être.

Rottweilers have been working dogs since the days of ancient Rome. But today they can have a more snuggle-bug personality and make doting family pets. Julian Popov / EyeEm / Getty

Perhaps one of the more surprising entries on this list, the Rottweiler has been a popular protection and guard dog for decades, but perhaps without the same reputation for intellect as the German shepherd. But make no mistake, these guys are as quick on the pickup as anyone. Don’t underestimate your Rottie’s ability to learn a few tricks!

Related to Australia’s famously devious feral dog, the dingo, the Australian cattle dog was custom bred by British settlers specifically to handle Australia’s intense heat, rough terrain, and wide open spaces. Some of the finest herding dogs you’re apt to find, Australian cattle dogs are a highly intelligent breed, capable of following herds for great distances and keeping their flocks in line for days at a time without supervision. On the homefront, this translates to a quick-learning, observant family pet with a wry sense of humor and a penchant for mischief. Keep in mind that, even though they adapt well to city life, the Australian cattle dog is always going to be happiest with a job to do, so consider agility, herding, or flyball competitions to keep him happy.

One of the most popular cattle-herding dogs in the world, the diminutive Pembroke Welsh corgi shoves a big ol’ brain into that little fuzzy body. Like the other herding dogs on this list, the Pembroke is smart enough to learn a routine, understand which things are “his,” and to be left to his own devices for long periods of time. It’s a skill that requires improvisation and critical thinking skills that are in high demand among farm dogs of all stripes, and that intelligence has been purpose-bred into the Pembroke’s DNA. At home, these friendly little dogs are happy to turn that intelligence towards learning tricks, playing games, and participating in agility coursework.

Another dog that’s equally at home on the farm or in an apartment, the miniature schnauzer is an adaptable, friendly, quick-learning companion who is highly trainable and able to handle a variety of tasks. These dogs love to hunt and are long-time favorites on the agility course, where their keen observation skills and pattern recognition comes in especially handy!

English springer spaniels make some of the most hardworking hunters you’ll find. They’ve been bred specifically for working with humans in the field, so they take especially well to learning tasks required for flushing (“springing”) game birds, as well as retrieving game. They can be trained to work off a boat, and become adapted to the sound of gunfire remarkably quickly as well. An important skill for hunting dogs is the ability to train to a whistle, and English springers have long shown a particular adaptability to understanding nonverbal commands.

Tervs were bred by Belgian farmers to be both a herding dog and guard dog. The Terv is happiest when he’s got a taxing job to do, and if you don’t have the means to keep him active and thinking every day, you might want to look elsewhere for a pet. Hunters, farmers, and people who live very active lifestyles will find the Terv best to their liking. Because of their need for a job to focus on, bored Tervs are smart enough to start looking for ways to amuse themselves, which will often mean finding ways to outsmart their human companions. But owners who can keep them engaged and learning will be rewarded to see the dog’s genuine delight when they master a new task or job.

Schipperkes are, as the AKC says, “small dogs built for hard work.” Stealthy hunters, the little schipperke is a natural born ratter and even in a modern, urban setting he’ll live for the hunt. Schipperkes are highly intelligent dogs for whom early obedience training is a must. Their prey drives are so high and their curiosity so overwhelming that they’re innate explorers and will chase anything that catches their eye. So it’s a good thing that, once properly trained, they learn commands quickly and will happily come when called. While their size makes them ideally suited to apartment living, be aware that their inborn guarding tendencies will make them enthusiastic barkers. Additionally, their high intelligence will sometimes lead to them getting bored and becoming headstrong if they aren’t kept stimulated with games and toys.