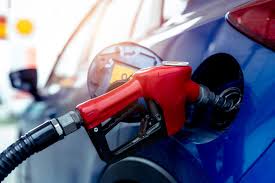 The federal government may increase the price of premium motor spirit (PMS), better known as petrol, to N302 per litre in February 2022 if the recommendation of the adhoc committee of National Economic Council (NEC) is implemented.

TheCable understands that this could form part of the government’s plan to fully deregulate the PMS prices, eliminating monthly subsidy payments with provisions to ensure fair competition in the market. Petrol price is currently between N162 and N165 per litre in Nigeria.

The recommendations were put forward by the NEC ad-hoc committee interfacing with the Nigerian National Petroleum Corporation (NNPC) on the appropriate pricing of PMS in Nigeria. The report was presented by Nasir El-Rufai, governor of Kaduna state and head of the committee, in November 2021.

The committee was established last year by NEC headed by Vice-President Yemi Osinbajo to look into the dwindling revenues of states.

Other members of the committee include Godwin Obaseki, Kayode Fayemi, and David Umahi, governors of Edo, Ekiti and Ebonyi states respectively; as well as Godwin Emefiele, governor of the Central Bank of Nigeria (CBN); and Mele Kyari, group managing director of the Nigerian National Petroleum Corporation (NNPC); Zainab Ahmed, minister of finance, budget and national planning.

In May 2021, the Nigeria Governors’ Forum (NGF) had also recommended N385 per litre — but stakeholders, including the federal government, rejected the recommendation.

The recommendation has since been reconsidered and dropped by the committee.

According to the new report, the committee recommended full deregulation of PMS prices by February 2022 — raising the price by about N130/140 per litre.

It also recommended that all retailers should post PMS prices at all times on a designated website and smartphone app — and they are expected to post price changes no earlier than within 15 minutes of the price change.

With the recommendations, the committee added that the federal government would save N250 billion per month on petrol subsidy removal.

“At current rates, the PMS subsidy is reducing transfers into the federation by about NGN 250 billion per month, and could, if PMS subsidies are not eliminated, result in deductions of NGN 3 trillion in 2022,” the committee’s resolution reads in part.

“The large-scale time-limited (6-months) cash transfer proposed as a way of transferring the subsidy “directly to the people” would cost N600 billion but would by paving the way for the elimination of PMS subsidies, enable the federation to recover N3 trillion in revenues that would otherwise go to PMS subsidies.

“If PMS subsidies are eliminated by February 2022, N250 billion in deductions would have been incurred, but the remaining N195 billion in anticipated PMS subsidy deductions could be redirected towards FGN funding of the cash-transfer programme.”

The NEC committee also recommended a market-based pricing mechanism, as another option, that would ensure petrol price ceilings at least once a month.

Meanwhile, the federation account allocation committee (FAAC) will meet on Wednesday (today) for the monthly meeting to distribute revenues between federal, state, and local governments.

At the last FAAC meeting, NNPC had said it would deduct some funds as value shortfall incurred due to differentials between the current PMS retail
price and actual open market price in January 2022.

Most states are presently experiencing fiscal stress and kicking against deductions of the shortfall from FAAC remittances.

The committee further noted that NNPC has failed to keep its commitment of N120 billion per month for value shortfall at N162 per litre for petrol.

Currently, around N250 billion, it added that the development continued to shrink remittances to the FAAC and described the deductions as “arbitrarily”.