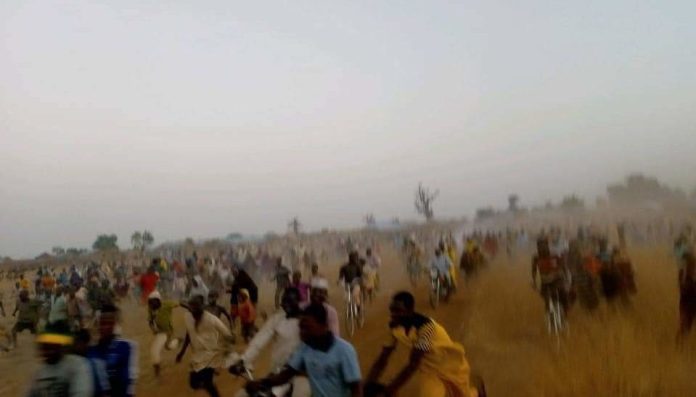 Communities in Anka and Bukkuyum local government areas in Zamfara State, on Saturday, cleberated the dislodgement of bandits living in Gando forest.

Residents who spoke to PREMIUM TIMES in telephone interviews said soldiers moved into the forest early Saturday morning and descended on the bandits.

It was also reported that 200 people were buried following the attacks that lasted for two days.

Several bandits live in the forest that links the vast Kuyanbana forest from where Niger, Kaduna and Kebbi states could be accessed.

A resident of Anka, who is also a security expert, Yusuf Anka, said over 100 herds of cattle were recovered from the bandits’ camps in the forest.

A native of Gwashi community, which is at an edge of the forest, Ayuba Mohammed, told PREMIUM TIMES that the residents were jubilant because of the successes recorded by the soldiers.
“Some cattle were recovered and brought back to us in the village. You can hear the voices all over the place, people are happy that the bandits have been scattered and their rustled cows recovered,” he said.

Ibrahim Zauma, the Director-General on New Media to Governor Bello Matawalle, announced on his official Facebook page that soldiers recorded success in Bukkuyum.

“Alhamdu lil Lah! Terrorist bandits in Gwashi axis of Bukkuyum Local Government Area met fire and fury from the gallant Nigerian Army. Reports from the area say the bandits enclave in Gando jungle was dislodged and several terrorists were killed,” he posted.

No official statement has been released by the military and the state government on the operation. However, President Muhammadu Buhari had said his government has intensified efforts to defeat the terror groups operating in the area.