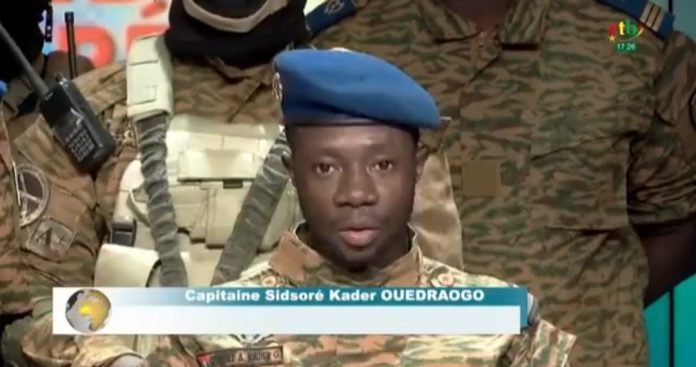 A coup has occurred in Burkina Faso with the army announcing the sack of the government in the West African country.

The army announced in a televised broadcast Monday evening that it has deposed President Roch Kabore, suspended the constitution, dissolved the government and the national assembly, and closed the country’s borders.

The announcement, signed on Monday by Paul-Henri Sandaogo Damiba, a lieutenant colonel, and read by another officer, Sidsoré Kader Ouedraogo, on state television, said that the takeover had been carried out without violence and those detained were in a secure location.

The group that executed the coup identified itself as the Patriotic Movement for Safeguard and Restoration (MPSR). It said the president’s inability to tackle security issues and unite Burkinabes led to toppling the government.

“In view of the continuing deterioration of the security situation which threatens the very foundations of our country, the manifest inability of the power of Mr Marc Christian Kaboré to unite the Burkinabé to deal effectively with the situation…,” the group said.