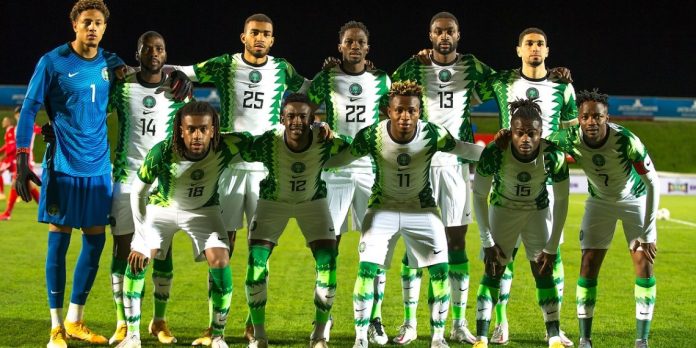 Despite the early exit from the just concluded Africa Cup of Nations in Cameroon, the Super Eagles of Nigeria have moved up three places in the latest FIFA rankings released on Thursday by the world football governing body.

The Super Eagles, who are now ranked 33rd globally and third in Africa, were ranked 36th and fifth on the continent in the preceding month.

Newly crowned AFCON champions, Senegal not only retained their position as the highest-ranked African country but also moved from 20th to 18th in the global ranking.

This is the highest rank ever for the Teranga Lions, who are still celebrating their maiden AFCON success where they beat Egypt via penalty shootouts in the final.

The Moroccans are Africa’s second-highest ranked team and they occupy the 24th spot globally.

The Atlas Lions were stopped in the quarter-final of AFCON 2021 by Northern African rivals; Egypt.

As stated by FIFA, aside from Senegal, the highest-ranked African nation in the standings, Cameroon (38, + 12), who finished third at the African Cup, and runners-up Egypt (34, + 11) have made the most significant moves within the TOP 50.

However, the biggest jump of all this month was by Gambia as the Scorpions ascended 25 places to the 125th spot courtesy of their run to the quarter-finals at the African Cup.

Equatorial Guinea, who also reached the last eight at the tournament, climbed 15 places and are now in the Top 100.

Unfortunately for Algeria, their disappointing AFCON campaign saw them emerge as the country with the most points dropped by rank.

The Desert Foxes dropped 14 spots to the 43rd position.

The top five teams in the world are Belgium, Brazil, France, Argentina and England. The next FIFA/Coca-Cola World Ranking will be published on March 31, 2022.