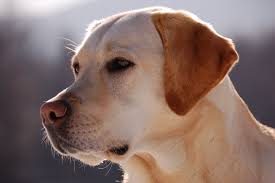 Low platelets in dogs can be a symptom of a more serious underlying disease. But whatever the cause, your dog needs an adequate level to be prepared for any accident or injury that can result in bleeding.

Here’s what you need to know about low platelets in dogs and how to maintain a healthy level through food and diet.

Thrombocyte is another term for platelets. Platelets are produced in the bone marrow and released into the blood. They’re essential for forming blood clots. When bleeding occurs, platelets gather and clump together to form a plug that stops or slows the flow of blood.

Platelets also release substances that are needed to complete the clotting process. Without adequate platelets, a dog who’s injured can be at risk for uncontrolled bleeding.

Causes Of Low Platelets In Dogs
Thrombocytopenia is the medical name for low platelet count. Low platelets can be found in any breed of dog, and at any age. And it’s quite common. As many as 5% of all dogs admitted to veterinary hospitals have a low platelet count. When the platelet count is very low there’s increased risk of bleeding.

Many severe diseases have low platelets as one component of the condition. Certain infections, cancer, autoimmune system disorders and pancreatitis can result in thrombocytopenia. Anti-cancer drug therapies can also lead to low platelets in dogs. Massive bleeding or severe clotting can also cause a low platelet count. And an enlarged spleen can result in large numbers of platelets becoming trapped and decreasing the numbers found in the blood.

Thrombocytopenia can be caused by a variety of issues including:

Immune-mediated thrombocytopenia (ITP), an autoimmune disease where the immune system fails to recognize platelets and destroys them.
Destruction of platelets caused by fungal, bacterial and viral infections.
Bone marrow disorders such as leukemia or lymphoma.
Decreased platelet production.
Drugs that can lead to low platelet counts include:

Heparin, used to prevent blood clots, but not approved for veterinary use
Acetaminophen, ibuprofen, naproxen, which shouldn’t be given to dogs
Antibiotics that include sulfonamides, ampicillin, vancomycin and piperacillin

Symptoms Of Low Platelets In Dogs

Dogs with a low platelet count may have these signs:

Diagnosis Of Low Platelets In Dogs

Healthy dogs have a platelet count between 175,000-500,000 platelets per microliter of blood. Using this as a guide, your veterinarian can measure your dog’s platelet count. She will also rule out recent trauma or other issues related to bleeding.

If internal bleeding or ruptured organs are suspected, your veterinarian can perform X-rays and ultrasound tests on your dog. In some instances, a bone marrow sample may be used to rule out a variety of medical conditions.

How To Increase Dog Platelet Count At Home

Your dog needs various nutrients to maintain or increase his platelet count. Feeding a raw meat, whole food diet is the best option as it will include the necessary nutrients.

It’s been shown that chemical pesticides and herbicides worsen autoimmune diseases and lower platelets. So whenever meats, organs or fish are listed, do your best to obtain them from pastured, free-range animals and poultry and wild-caught fish. Not only will the nutrient levels be higher, but the animals and fish will be raised in a healthier environment with better food sources. Fruits and vegetables should be organic whenever possible.

Here are the nutrients your dog needs to build platelets … along with the foods you can add to his diet.

1. Vitamin B12
B12 is needed for the formation of red blood cells. The best sources are:

egg yolk
fatty fish, such as salmon, tuna, and mackerel
3. Vitamin C
Vitamin C is vital for immune function, helps the platelets work correctly and enhances the absorption of iron, an essential nutrient for platelets. High levels of vitamin C are in many fruits and vegetables but you’ll also find it in these foods:

oysters
beef liver
5. Vitamin K
This is the blood-clotting vitamin, and it’s also essential for bone health. Foods rich in vitamin K include:

leafy greens, such as collards, turnip greens, spinach and kale
Broccoli, especially broccoli sprouts
Sea vegetables like kelp, wakame, arame and dulse
6. Folate
Also known as vitamin B9, folate is needed for the formation of red blood cells. Folate is found in:

Dark green leafy vegetables including broccoli, broccoli sprouts, turnip greens, spinach, romaine lettuce, asparagus and Brussels sprouts
Eggs from pastured, free-range hens
Liver, especially beef liver
Sea vegetables like kelp, wakame, arame and dulse
Sunflower seeds
Foods To Avoid For Low Platelets In Dogs
If your dog does have a problem with low platelets and blood clotting, you’ll want to minimize feeding him blueberries, garlic, ginger and tomatoes. These foods have been shown to interfere with blood clotting. You also want to avoid the following:

Starches, flour, rice, refined grain and added sugars that are low in nutrients
Processed foods, also low in nutrients
Dairy products that lead to inflammation
Supplements That Increase Low Platelets
You can include these supplements.

Chlorophyll
Chlorophyll is found in plants and may alleviate symptoms of a low platelet count. More research is needed. One human survey reports that 33% reported improvements in bleeding symptoms after taking chlorella.

Melatonin
Melatonin is a hormone that helps regulate the body’s internal clock. There is some animal research that reports there may be a link between melatonin and increased platelet levels (1). Melatonin is available in liquid, tablet, or topical form in health stores.

Other Ways To Treat Low Platelets In Dogs
In serious situations to normalize a low platelet count, a platelet transfusion may be recommended. In some cases, your veterinarian may also want to do an entire blood transfusion to correct anemia.

Can A Dog Recover From Low Platelets?
Yes. There is a good prognosis for recovery. Almost 80% of dogs will recover. But if your dog is healing from having low platelets, there is always the possibility of having excessive bleeding from an injury or cut. During the healing phase, it’s important to monitor your dog’s physical activity to avoid injury. You might want to remove hard foods from his diet, to prevent injury to his gums that could cause bleeding.

But the best way to avoid having low platelets is to feed your dog a healthy, whole food diet that includes the nutrients to support platelets. And if your dog shows signs of low platelets, have him checked out so you can deal with it and avoid any serious bleeding episodes.