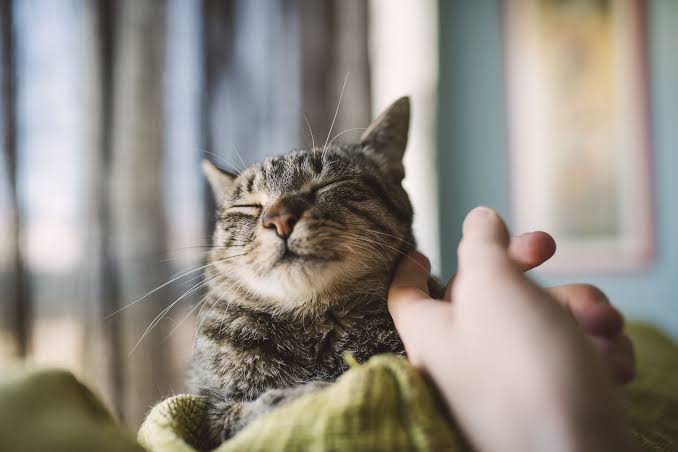 Cats are social animals that, in feral conditions, live in groups consisting mainly of queens and their litters. The density of the group depends partly on food resources. Because cats have been exposed to less selective breeding than dogs, there is far less breed diversity and a much narrower range of differences in both physical and behavioral traits. Most cats are solitary hunters that prey on rodents and other small animals, which is likely why their coexistence with people is so successful. Kittens usually learn to prefer to hunt prey that their mother hunted. Kittens may also develop limited food preferences based on texture and taste if not given a variety of foods when young.

In free-range conditions, multiple generations of related females can live together, which also allows for communal rearing of kittens. Kittens may stay with the social group until 12–18 mo old. Sexual maturity is reached by ~6 mo of age. Queens are induced ovulators and generally cycle seasonally (most often from winter to summer) about every 3 wk if not bred. Weaning occurs at 5–8 wk of age. Although some kittens may suckle much later, this is more likely to be social than nutritional. Early weaning of kittens leads to earlier onset of play and predation.

Read also: How cats see the world compared to humans

The socialization period of cats is much shorter than that of dogs and may begin to wane by 7–9 wk of age. During this narrow window, exposure to cats, other animals, people, and a variety of stimuli in the environment is important for prevention of fear. Kittens handled extensively by people at 2–7 wk of age may be friendlier, more outgoing, and have fewer problems with aggression. Hand-reared kittens may lack feline social skills and may be hyperactive in object and social play; however, if a kitten is reared with other cats in the home and provided with play sessions with wand-type toys, these problems may be prevented. Genetics, especially those of the father, also play a strong role in personality. Cats may be behaviorally categorized as active, playful and aggressive, calm and sociable, or timid and shy.

Social play, including biting, chasing, and play fighting, begins around 4 wk of age, peaks at 6–9 wk, and declines at 12–14 wk. Social play may be directed at people, especially if there are no other cats with which to play. Object play begins around 6–8 wk and peaks at ~18 wk of age. Object play simulates the predatory sequence and includes stalking, chasing, pawing, pouncing, and biting and can be directed at objects or social partners.

Cats may develop preferences for particular elimination substrates. Many cats dig before and after elimination (which may be a visual mark or to bury urine and feces). Cats are strongly influenced by scents and may respond by marking with urine (spraying) or feces, scratching as both a visual and scent mark, or rubbing sebaceous glands of the cheeks or body in the environment or on other cats. Urine marking, roaming, and fighting with other cats may be androgen influenced, in which case these problems may be prevented or resolved by neutering.