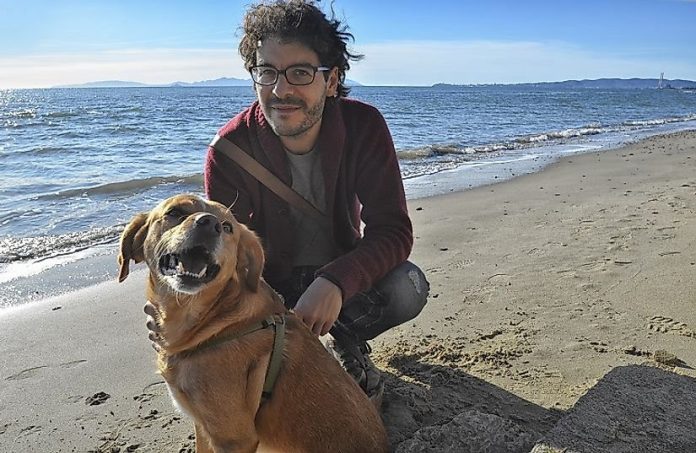 Countries With The Most Dogs Worldwide

Though pet dogs are beloved like human family members in certain countries, in some others stray canines are considered a societal pariah and a risk to human health, well-being, and physical safety. Most global authorities agree that the proper treatment, spaying, neutering, and vaccination of dogs are the best ways to keep dog-related problems in check. That way, nations can enjoy the benefits that dog ownership proffers, ranging from companionship and camaraderie to the facilitation of a bomming pet indursty.

There is a huge controversy regarding stray dogs in Romania, the population of which is about 4.1 million in that same country. It is believed that the problem with dogs started during the 1980s, when the people of the country were forced to leave their countryside homes and settle in small urban apartments to satisfy the dictates inherent to the industrialization drive that was being pushed by the authoritarian leader at the time, Nicolae Ceausescu. Dogs had to be abandoned on the streets in such cases, and they rapidly multiplied in short order, leaving Romania’s streets full of these homeless canines. For years, these dogs have been subjected to mass slaughter in ways that have often been criticized by animal organizations. In 2008, a new animal welfare law was passed in the country which ruled that no healthy animal must be killed. However, situations got worse still when, in 2013, a boy in Bucharest was believed to have been killed by stray dogs. The government took the opportunity this incident provided to stoke the fires of hatred Romanians had against dogs, and the mass killing of these animals became worse than ever. The culling of dogs in Romania has even received media attention sufficient enough to provoke criticicsm from foreign governments.

France has 17 dogs per 100 people, one of the highest ratios in the world, and a dog population of about 7.4 million. 40% of the French people claim to love their dogs like human family members, and dog grooming parlors are to be found in almost every town of the country. Even though there is no licensing system for dogs, every dog born after the 6th of January, 1999, is required to adorn a tattoo or a microchip under the skin that mentions its official identifying number. Despite the French being famous dog lovers, about 100,000 dogs are abandoned by their owners every year, many of which are taken to the local pounds to be euthanized. Also, about 60,000 dogs, especially those of high prized breeds, are stolen each year. Rabies has almost been eradicated in France, where strict vaccination requirements for dogs are in place. However, a few minor incidents of the disease were reported in 2001, 2002, and 2004.

The Latin American country of Argentina has a booming population of man’s best friends. As the country becomes wealthier, a larger number of its population are owning dogs as pets, and the market for pet care is also increasingly making rapid strides. Many apartments in Argentina’s large cities allow pets to be kept, which is also encouraging people to adopt dogs. Poodles, Labradors, and German shepherds are the most popular breeds in the country, while about 16% of the owners have adopted stray dogs to keep as their pets. The government of the country also encourages pet ownership, and has promoted canine vaccinations and spaying/neutering programs. Dog feces on the sidewalks of the cities, however, poses a major problem in the country’s cities, with an estimate stating that dogs leave about 35,000 kilograms of waste on Argentine sidewalks per day.

Read also: 8 famous people and the dogs they adored

The situation for Indian stray dogs is a unique one. These animals have developed into a class of their own, surviving (and often actually thriving) in the streets of India, fighting all odds and living on with the love and support of India’s tolerant human population. Harming or culling stray dogs in India is almost always met with public criticism. Here, spaying/neutering (referred to as the Animal Birth Control or ABC programme) and anti-rabies (AR) vaccination of dogs is considered as the humane way of keeping the growing stray dog population in control. The Animal Birth Control (Dogs) Rules (2001), under the Prevention of Cruelty to Animals Act, 1960, made it clear that dogs in India must not be killed or displaced to reduce their populations. Though stray incidents of cruelty against these dogs does occur on a countrywide level, the population of the country has generally learned to live with these dogs, and many even feed and take care of these canines on the streets. Governments and non-governmental organizations work hand-in-hand in India to fund and execute the ABC-AR programmes. Positive results have been obtained in some states, where such activities have reduced the number of dog-related bite cases, as well as decreased the dog population to a certain extent. For example, the implementation of the ABC-AR program in the Jaipur city of India has resulted in zero human rabies cases, and a concurrent fall in dog bite cases from 700 to 200 per 100,000 people. The population of stray dogs has also declined by about 50% between 1995 to 2014.

The Philippines ranks 4th in the world in the incidence of human deaths related to rabies. This instigated the government of the country to resort to mass culling of dogs, often in manners that were deemed as cruel by animal welfare organizations around the globe. Many such organizations, such as Humane Society International, worked in close association with private and government vets and other animal handling staff to educate them about canine vaccinations and sterilization programmes. Currently, the population of dogs in Philippines is around 11.6 million, and efforts are being made countrywide to solve the stray dog situation in a more humane manner than by mass culling.

In Japan, the highly busy lives of its people often deter them from parenthood, which is part of the reason for the stunted population growth on the island nation. Instead, many Japanese prefer pets, with the pet population in Japan outnumbering the number of children in the country. Pets in this country (about 12.0 million dogs and a large population of cats), are thus treated as part of the family, and are often pampered heavily by their doting human parents. The love of the Japanese for their pets has also rapidly fuelled the growth of a $10 billion pet industry in the country.

Russia has a flourishing population of stray dogs as well as a large pet dog population. The population of these animals is about 15 million in the country. Researchers believe that the strays of Russia are descendants of ancient Russian packs, whose population was kept under strict control during the Soviet period. Furs from these dogs were used to make caps, and many strays were subjected to scientific experiments. Belka and Strelka are the two famous Russian strays who lived near the Space Medicine Institute in Moscow before being launched into orbit in space. In the 1990s, as the Russian economy improved with incoming oil revenues, wealth and, in turn, food waste, increased in the streets of Russia, supporting the multiplication of a large stray population. Most famous of Russia’s stray canines are the ‘Metro dogs’ of Moscow. These dogs have mastered the art of riding escalators and metro trains, and are often found riding along with the human commuters on the metro, with kindhearted passengers and metro staff sometimes encouraging their behaviours.

China has a huge population of 27.4 million dogs, which is the third largest in the world. Both stray dogs and pets contribute to this large figure. Despite the relaxation of the one child policy, the Chinese population is not growing as fast as its pet population is. Interestingly, having a pet dog in Beijing in the 1980s was considered to be an imitation of the Western lifestyle, and hence was deemed illegal. However, with loosening restrictions in the subsequent years since, Chinese dog ownership grew rapidly. China also has the third largest pet market in the world. Besides pets, the stray dog population is also often encouraged by the charitable activities of those kindhearted Samaritans who take care of these animals and ensure that they are well-fed.

According to research estimates, the Brazilian pet market generated a revenue of BRL 15.2 billion in 2013, which was a 7.3% increase as compared to the data from 2012. This exhibits the popularity of pets in Brazil. It is the second largest country in the world in terms of dog population, with 35.7 million dogs calling Brazil their home today. About 50% of Brazilian households own a dog. The growth of a middle class population in the country, along with declining fertility rates and rising life expectancy, has led to an increased frequency for Brazilians to be seen adopting pets as their new family members.

The United States of America appears to be a haven for man’s best friends, with the dog population in the country standing astonishingly high at 75.8 million. Due to the popularity of dogs in the country, dog parks have been established in nearly every major city and town, and dog grooming parlors have cropped up in a large number of locations. Different states in the U.S have their own laws related to dog management, and owners are responsible for strictly adhering to these laws. Some breed-specific legislations have also been passed in some cities, restricting the ownership of specific breeds of dogs, such as Pit bull dogs, after certain cases of dog attacks on toddlers and the elderly, which can end up being deadly. Animal welfare laws have also been strictly implemented in the country, and those accused of cruelty towards dogs will find themselves subject to criminal trials, and subsequent punishments if found guilty.