HomeBusiness3 Money Mindsets That Will Make You Rich
Business

3 Money Mindsets That Will Make You Rich 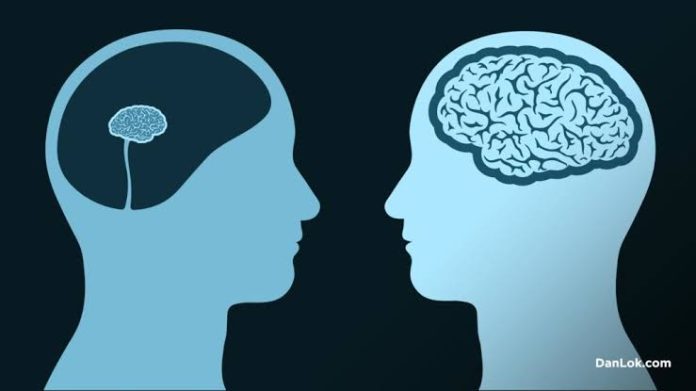 3 Money Mindsets That Will Make You Rich

Poverty is not just having little money to support yourself. As a matter of fact, poverty is much more than money — it’s a thing of the mind. The mindset towards money you possess may be the result of your upbringing, your social circle or your life experiences and these can be both good and bad. However, one thing you must realize is that your mindset affects your reality. Without the right mindset, it becomes difficult to achieve anything and yes that includes becoming rich. As such, let me share with you a story that exemplifies three money mindsets in action that you can use to see the financial progression you want in life!

This is the story of John. Like many people, John works a 9–5 job but again like most people, he barely has enough money at the end of the month to cover his bills. To put it simply, John lives paycheck to paycheck. Beyond being broke, he is also quite deep in debt and this cycle of poor financial luck continued to follow him wherever he went, that is until he met Steve.

While at work, John met an older colleague named Steve who worked in his office. Steve worked part-time in the accounting department and was known as a very cheerful and easy going man. One day, John crossed paths with Steve in the lunch room and introduced himself to the older gentleman. The two men began talking and John let it slip that he was going through some tough financial times. Steve listened patiently.

Read also: 4 habits which can make you a millionaire

Then, Steve asked him some questions to help John get to the root of his problems. He asked him questions about how he saw money and he came to find out that John had a limiting mindset about money. So, Steve thought to himself, that to change John’s life he would need to change his mindset. He then taught him 3 money mindsets that he himself had used to become rich.

Money Mindset #1: Learning about money is a life-long endeavor

The first thing that Steve realized was that John thought he knew everything there is to know about money. He had a college degree and a good job, so he didn’t think there was anything else to learn when it came to money — but of course this wasn’t true. Steve preached to John that for you to become rich you must have the mindset that learning about money is a life-long affair. Steve explained to him the power of mindset and how it is present in every area of our lives. He said that our mind affects our thoughts and our thoughts subsequently affect our actions.

As a young child growing up in a home that struggled financially, John got his mindset from his parents. His parents never taught him anything about money because they didn’t know anything about money themselves. For their whole lives, they struggled to make ends meet. They told him that to be successful, he had to go to school, get a degree and a good job, and then he would be financially free. And that was all he knew about money.

He had also seen rich people and he wished to be like them one day. So he spent a lot of money trying to look good. He bought expensive clothes and also lived an expensive lifestyle. What he didn’t realize was that the rich do not live to impress anyone. However, Steve taught him to change his mindset and that the goal of the rich is not to look rich but to be rich.

Another thing that made him poor were his bad spending habits and this too was a result of his mindset. He didn’t realize that credit cards should be used responsibly and not for impulsive buying. Although they let you buy things without money, that doesn’t make them free. Steve taught him that credit cards have advantages but they were designed to keep you in debt.

Steve preached that John needed to improve his money management ways. He needed to get a grasp on his credit spending, he needed to learn how to budget and ultimately start saving money. Better yet, he told him that he needed to realize that he does not need to buy all the things he wants to buy at once. With his budget, he could buy the important things first and buy lower priority items later.

There are different lessons that you need to learn about money at different stages of your life. If you are a one-time learner you will never understand them. But as a lifelong learner, you will continue to gain more knowledge which will help you avoid debt, save more money, and live comfortably.

As a rich individual, Steve knew that truly wealthy people understand that it is futile to chase money for the rest of their lives. They see money as a tool and they know how to make their money work for them. As a young adult, you need to learn to live within your means and avoid unnecessary debt. You should learn about investing and saving money. Learn to make a budget and also live by it.

You have to develop the mindset that money cannot buy happiness but that a lack of it can impact the quality of your life. This will make you change where you place your value. Learn to live happily when you can meet all your financial goals no matter how lofty or conservative they are.

Steve explained to John that just because he had a business degree doesn’t mean that your learning stops there. All the lessons about money cannot be taught in a day. No one person knows it all and that is why you must be a life-long student of money. Most millionaires and billionaires read at least 2 books a month and this consistent effort to learn is what separates the rich from the poor.

Money Mindset #2: Money is abundant and so is your ability to earn it

The first mindset that John developed was that learning about money is a life-long endeavor but because of his past experiences, he still found it difficult to make more money because he had a scarcity mindset. He believed that money is never enough and that it is hard to make more money.

Steve told him that to make more money he has to change his mindset about its availability. He told him that he must tell his mind that making money is not hard. And this is true. But it was difficult for John because his mind had been configured to believe that making money is hard or that it is reserved for some particular set of people. Not to mention, despite not being a total money waster, John’s mindset did not stop him from having to live paycheck to paycheck. So what could be the problem with him?

Simply put, John had a scarcity mindset. He did not believe that he had the right to live in the biggest house, own a nice car best car, wear fancy clothes, travel the world or even earn a large income. Luckily for John, Steve helped him realize that everyone has the potential to earn the income to support all these material endeavours but in order to do so you have to adopt the right mindset.

Your mindset is what you believe. And what you believe will influence your decisions and the actions that you take. And your actions will determine the results that you get in life. The abundance mindset, and the one that Steve hoped John would adopt, would help break the self-limiting beliefs that John and many other people possess.

Steve painted a picture to help John understand that money is abundant and that his ability to earn it is abundant as well. He asked him to look at a glass cup filled with water up to the middle. He gave this illustration to show that your mindset is the most important factor when it comes to making more money.

Money is abundant and so is your ability to earn it but you first have to change your mindset. You begin to create value that will generate more money when you have an abundance mindset. You also start seeing opportunities in problems when others see problems in opportunities.

Until you begin to see making money as easy, then it will never be easy. You have to develop a love for money to make more. Understand that you must create value to make money. Rich people identify people’s needs and create a solution that can solve the need.

The reason few people make a lot of money is that only a few people choose to be different. The others, because of their mindset, allow fear to hold them back and as a result they do not take action. You have to step out of your comfort zone and take risks. The bigger the risk, the bigger the reward. Change your mindset and tell yourself that if others have done it before, then I can do it as well.

Read also: The big ideas that made ‘The millionaire next door’ a classic

Money Mindset #3: Building wealth is a marathon and not a sprint

The third money mindset that Steve taught John was that building wealth is a marathon and not a sprint. At John’s age, this was tough to hear because we tend to want things now rather than later. From the internet speed to the means of transportation and even our food, everything is becoming faster now but you have to realize that making money is nothing like any of these. To make money, you have to condition your mind to see it as a marathon and not a sprint. That is, to amass significant wealth, you have to put in effort in the short and long-term to be successful in the end.

Of course, John wanted something to do to make more money immediately. He told Steve about an investment he saw online that promised a quick return on investment and extra interest. Steve told him that only people who invest for the long-term become rich and people who try to get rich quickly, become broke. He shared a story of two people who wanted to grow their wealth. One had a marathon mindset and the other had a sprint mindset. They both had $1,000 to invest. The first one invested the money with a company that promised a 5% interest rate per annum for 20 years. The second person invested in a Ponzi scheme that promised 30% interest in 30 days. After 20 years the first man had a total of $2,653.30. That is more than 100% interest. The second man who invested in a Ponzi scheme lost all his money because the scheme crashed.

You’re Wrong about Money. Consider this.

The Only 2 Things You Need to Do to Become Wealthy

Getting Comfortable with Charging More