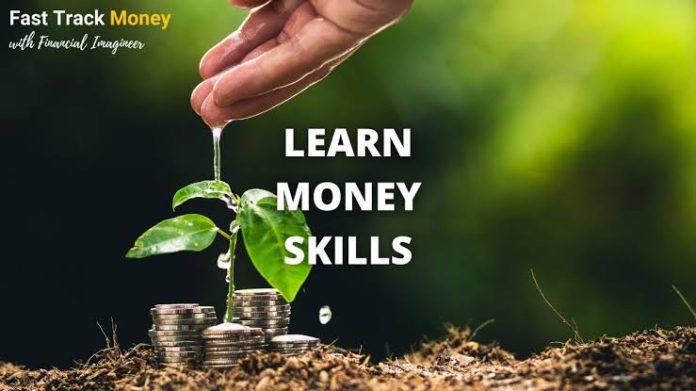 You have to understand that in 2022, there’s absolutely no skill that cannot be monetized under the right circumstances and this will only be truer in the future.

These are the skills that get the ball rolling, they help you get your first foot in the door. If you have at least four of them, your chances of success will vastly increase.

In this article, we’ll talk about skills that every rich person got early. We’ll also mention which ones are the most important and how to make the very most out of them.

Your 9 to 5 is soul crushing, you can’t wait for the weekend to come and every new Monday chips away at your happiness. You have some ideas for side hustles, but you don’t know where to start. The time you have from coming home from work until you go to sleep is barely enough to mean anything.

You’ve read some books, you’ve read some Medium articles and you’ve probably read some Entrepreneuria articles too, but you’re in the same place now as you were last year. Early on, you’re doing everything yourself, your budget is limited or non-existent. So, you have to do the most with what you’ve got. Your time is also limited by your day job. Most of your resources are spent either keeping you alive or keeping you entertained.

This is where the first valuable skill comes into play —

The ability to find quick and clever ways to overcome difficulties.

In other words, knowing what to do and how. In the real world, this translates to how well you can put to work the limited resources you have. You may only have three to four hours of free time a day, you may only have a couple of dollars to work with each week, you may only know very few people who can teach you things — but — are you making the most out of them? Are you able to squeeze every ounce of value out?

People fall into the trap of thinking they need years of free time and an unlimited credit score to make anything happen. And guess what? — It’s just an excuse!

You can’t afford to throw 10 things at a wall and see what sticks, because you only have two things. Resources to only throw two and the wall is far away, so, which ones will you throw?

“Good Decision Making” is a skill, and like other skills, it can be learned. There are only three decisions that have the highest impact in your life.

How do you sustain yourself?

Where do you live?

These are hard life-changing decisions with a lot of emotional impact behind them. They’ll be the hardest decisions you will ever make and there’s little to no preparing you for them. But other than that, you can train your decision-making skills by doing the following:

And don’t spend more than 5 to 10 seconds making these decisions. What are you eating tonight? Where will you meet up with a friend? What Airbnb to book? These questions have low impact, they don’t mean anything in the grand scheme of things. We bet you have friends who take forever to decide where to eat or how to dress — so — create this habit of making low impact and reversible decisions firmly & quickly. It’ll build up your decision-making skill over time.

And by the time an important decision comes into play, you already have thousands of decisions behind you.

Okay, so next up, one of the most important skills to have.

Almost every successful person out there sucks at a lot of things, but you know what, they’re really good at one thing, they’re world class and people pay them to find out how they’re doing it.

“But Entrepreneuria, I don’t know how to do anything, let alone, something really well.”

Well, perfect! That means you have a wide range of things to pick from. You have to understand that in 2022, there’s absolutely no skill that cannot be monetized under the right circumstances and this will only be truer in the future.

Just take a look at TikTok real quick. People are getting rich by doing presumably nothing of value. You might even go as far as to say they’re not contributing anything to society, but does that really matter? Not everyone needs to save the planet, not everyone needs to build schools, or try to educate the masses. As long as you are doing your thing, you don’t harm anybody else and you support yourself — All the power to ya!

Actually, let’s have a chat real quick: Many people are afraid to pursue what seems fun for them because it’s not that noble and doesn’t look good on a resume. You can’t have that on your tombstone and what will your friends say if they catch you doing a TikTok dance? Well, the respectable profession is out the window okay? Anything you do that puts money on the table is respectable. Obviously, if you’re not harming anyone else in the process.

Read also:  3 money mindset that will make you rich

But, you’re smart and you know that progress actually looks more like this:

The problem is, you underestimate the resilience required to get past this orange part right here:

It’s called the “Oh sh*t, what am I doing?” line. This is where people panic and quit.

You made a course, but it’s not really selling.

You started a YouTube channel, but you have 50 views after six months.

You made a blog on Medium, but there’s zero to no reading time.

You made something, but nobody really cares.

Well, that is a natural part of the process and when you’re starting from scratch, you *will* go through this. It is a 100% certain kind of thing. It’s also not a one-time thing, every time you do something new, you will go through this.

So, resilience is key!

Courage is a word that you don’t hear that often nowadays. After all, society is teaching you to be safe & sound, be comfortable, don’t stray too far and don’t put anything at risk. “Why take the path less traveled? Here’s the quickest route based on traffic” they say.

So, what is courage? Well, by definition, courage means the ability to do something that frightens you. In other words, courage means a choice and the only time you can be courageous is when that choice scares you.

Will you make the jump? Will you trust yourself enough to give this thing a shot and give it your all? Some people mistake courage with ignorance or jumping into things blindly, while in reality though, it’s quite the opposite. Having courage means preparing yourself, so when the decision comes, you can confidently say —

“I trained for this and this is my moment!”

Both rich & poor have the same goal — No one wishes to fail!

But what the rich have is a good system to make that goal actually happen. If the goal is the top of the hill, the system is the stairs. Building good systems is having a means to work at your business daily. There always must be something you can do each day to push that ball forward.

Not having a good system is like you’re shooting in the dark, hoping you’ll hit something. You’ll never know if you make any real progress, you don’t know if you’re going in the right direction because you simply can’t measure anything.

In order to build good systems, you need to get good at deconstructing.

This means, looking at the end goal and breaking it down into smaller chunks. Our brains are wired to understand patterns and that’s why you can tie your shoes in the dark without thinking about it. You’ve deconstructed and repeated the action enough times that it becomes second nature.

In building systems, deconstructing basically helps you to understand how the Lego pieces look and how to stack them back together.

It goes without saying that you should learn how to sell as early as possible. Every interaction you have is a sales pitch.

Everything is a transaction one way or another and the quicker you realize this, the better. So, take some time to understand how this exchange of value really works.

In simple words, commitment is a promise you make to your future self that you’ll get things done. It requires long-term vision & trust in your own abilities. Without full commitment, you’ll half-ass it and you’ll kind of pull it off.

When you commit to something, you say to yourself —

“This is what I decided to do. I’m confident and I will see it through.”

Even if what you’re doing might not be the right thing for you, you need to fully commit to it. More often than not, things will become clear only after you spend some time working on it.

Finding your competitive advantage may be the hardest thing to do on this list, but also the most important one.

How do you differentiate from the rest?

What makes “you” you?

The biggest competitive advantage anyone can have is being themselves. Nobody can compete with Joe Rogan at being Joe Rogan. So, really what you’ve got to do here is figure yourself out and then bet big on yourself.

That’s all from us today readers. We hope you found some value in this article and as a thank you for sticking with us until the end — as always — you’re getting a bonus. And today, that’s all about sustainability.

Okay look, in the early days, you make little to no money.

Eventually though, you get to a break point where things are sustainable. You need to know exactly what that process looks like in your case.

For example: If you’re starting a side hustle, sustainability is reached once that side project brings in the same revenue as your day job.