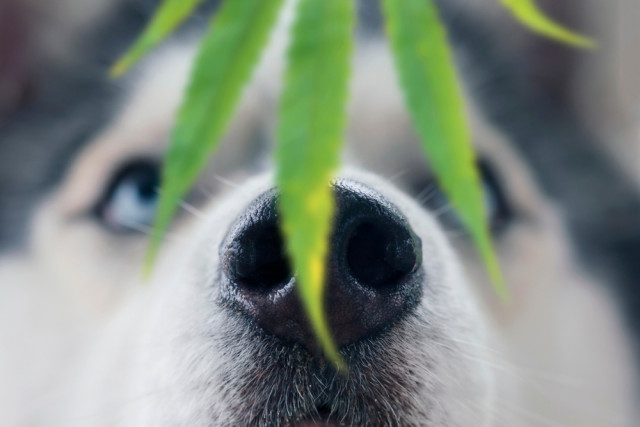 Seasonal dangers that dog owners should be aware of

We have split them into seasons, but actually, most can be seen at any time of year. In all cases, if you suspect your dog has eaten something he shouldn’t, try to get as much information as possible – trade name, active ingredient, the amount your dog has ingested and when it was ingested. If you have the original packaging show it to your vet.

Daffodils can be toxic, most often after ingestion of the bulb but occasionally after ingestion of the flower heads. This can lead to vomiting, diarrhoea and lethargy, and in severe cases, may also cause dehydration, tremors and convulsions. These signs can be seen between 15 minutes and one day following ingestion. Other spring flowers, such as crocuses and tulips, are considered to be less toxic but seek veterinary advice if you are worried your pet has ingested them.

Dogs who eat ivy (Hedera helix) commonly develop dribbling, vomiting or diarrhoea. In more severe cases you may also see blood in the vomit or poo. Contact with ivy can cause skin reactions, conjunctivitis, itchiness, and skin rashes. It’s worth noting that poison ivy (Rhus radicans) is a different plant and is not present in the UK.

All parts of the bluebell plant are poisonous to dogs. Signs include vomiting, diarrhoea and abdominal discomfort. There is also a risk of heartbeat irregularity (arrhythmia) if a significant enough quantity is ingested.

The European adder is the only venomous snake native to the UK. Adults are around 50-60cm long and are characterised by having a black/brown zigzag pattern along their back and V-shaped marking on the back of the head. They are commonly found on dry, sandy heaths, sand dunes, rocky hillsides, moorland and woodland edges. They generally only bite when provoked by humans, dogs or cats and bites rarely occur during the winter when the snake is hibernating. Bites are more frequent in the spring and summer and result in local swelling. The swelling may spread and can be severe. Other signs include pale mucous membranes, bruising, salivation, vomiting, diarrhoea, dehydration, restlessness, drowsiness and lethargy. Eventually, animals may collapse, have blood clotting problems, tremors or convulsions. Seek veterinary attention quickly if your dog is bitten. Anti-venom is used if available (although it can be difficult to obtain) and if considered appropriate.

From spring to early summer the pollen count is at its highest and this is when owners are likely to be stocking up on anti-histamine medication. Ingestion of large amounts of anti-histamines results in signs that may include vomiting, lethargy, incoordination, wobbliness and tremors. Signs develop within 4-7 hours of ingestion. Some dogs may become hyperactive and hyper-excitable and if large amounts of anti-histamine have been eaten convulsions, respiratory depression and coma may occur.

Ingestion of ant powders, baits or gels rarely results in significant poisoning. The active components of home use products tend to be at a low concentration and are often housed in containers e.g. ant bait stations. However, ingestion of some products causes significant problems and you should contact your vet for advice. Signs you may see include constricted pupils, salivation, wobbliness, tremors and an increased body temperature. Severe cases may produce respiratory depression (not breathing fast enough), convulsions and coma and the effects can be very prolonged.

Metaldehyde-based slug pellets are among the most dangerous and common poisonings we see in dogs. Even small amounts of pellets can cause significant poisoning and severe signs can occur within an hour of consumption. Dogs that have eaten slug pellets need to be seen ASAP as rapid intervention can save their life. Signs of poisoning can include; incoordination, muscle spasms, muscle rigidity, twitching, tremors and convulsions. Intensive treatment involving heavy sedation, control of convulsions and associated life support measures is often needed. Our case study on tragic Boris reveals just how dangerous slug and snail pellets can be.

There are two species of toad native to Britain, the common toad and the natterjack toad. The common toad is widespread, while the natterjack toad is a protected species found mainly in East Anglia and the north west of England. Exposure to toads occurs between June and August when they are spawning, toads being most active around dawn and dusk. Most toad-related incidents occur in the evening when cats or dogs lick or eat them. This can lead to signs including dribbling, frothing, foaming, oral pain, vomiting, wobbliness, shaking, an increase in body temperature and collapse. In severe cases, convulsions can occur. You should thoroughly rinse your dog’s mouth out (don’t let them swallow the water) then contact your vet for further advice. Find out what happened to Buddy when he licked a toad.