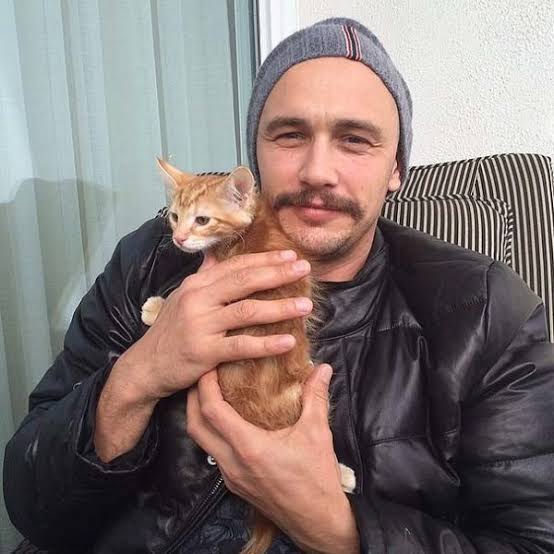 10 CELEBRITIES WHOSE LOVE FOR CATS MAY SURPRISE YOU

When Ed Sheeran isn’t writing sweet love songs he’s taking adorable photos of his cats! Sheeran has an Instagram account for his two cats Calippo & Dorito and you can follow them @thewibbles. They currently have over 320 thousand followers.

The “I’m Yours” singer not only loves his cats but makes music with them! He has several posts on his Instagram about writing songs with his cat and recently uploaded one captioned “mews” a clever play on the word “muse.”

Martha Stewart is known for a lot of things, like her cooking and that one time she went to prison but she is also a cat lady! Stewart posted about her cats during quarantine on Instagram and how her cats were adjusting saying “There are people all over the place, namely me and Ryan, who usually are not here all the time. I am being followed. Cajoled. Bothered. Meowed at. Swatted at!! Oh my! All I can say is sorry.”

Writer, director, and actor Ricky Gervais is an animal activist and proud cat dad. Hi siamese cat “Ollie” not only has a Twitter account but her own Facebook page. He even gushed about her on Ellen and claimed he knows how to speak his cat‘s language.

Mommy to be Lea Michelle might be pregnant with her first child but she‘s already a cat mama. Michelle has been quiet on social media after being hit with cyberbullying after the death of Naya Rivera but she recently posted a photo of her cat named Sheila. Like most of the celebs on our countdown, she showed the cat to Ellen and described how she found her on the Paramount lot under a bush. She called Sheila “the love of her life.”

Actor and activist Russel Brand also professed his love for his cat Morrissey on Ellen and brought her a “cat video.” Unfortunately Brand revealed that Morrissey passed away April of this year in a 15-minute video he posted on Instagram. Brand said he has never been affected more by death in his life than the loss of his cat.

Rapper Macklemore not only loved his cat Cairo but credited him for saving his life and relationship. Macklemore told People that when his wife was pregnant, “Cairo would curl up on Tricia’s tummy at 6 a.m. every morning like clockwork and just chill on the baby. For hours.’

This hot Hollywood couple both have a love for cats and reportedly have a whole room in their house dedicated to them. Franco is known for his love of cats and told Ellen in 2017 they “took over his life.” Franco also gushed about Brie and said she was the only girl he could find that would let his two 16 pound cats sleep on top of her. Unfortunately, the couple recently had to say goodbye to their precious kitty Harry in June.

Cee-Lo Green might be crazy after all- a crazy cat man that is. Green has a beautiful Persian cat named Purrfect that he often brought on set of The Voice when he was a judge. Although it’s been a few years since we’ve seen Purrfect we are hopeful she is still purring.

Arnold Schwarzenneger and his love of donkeys

Okay so they aren’t cats, but Schwarzenneger’s love for his donkey’s Whiskey and Lulu should be on any celebrity pet list!