Home Business Business News If you have fears around making money, you need to read this
Facebook
Twitter
WhatsApp
Linkedin
Telegram 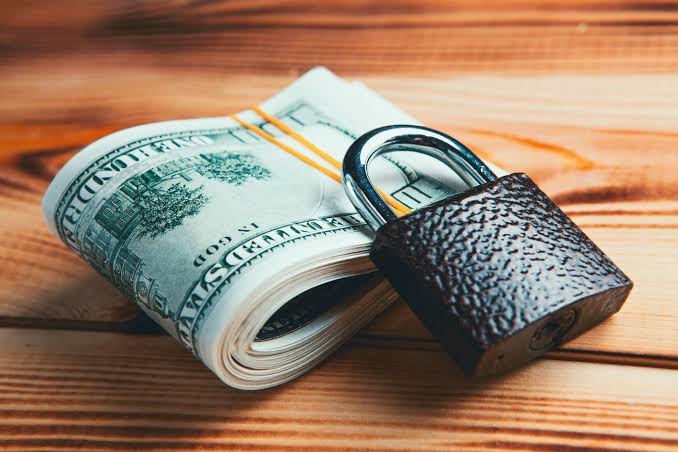 If you have fears around making money, you need to read this

We worry that we don’t have enough to pay our bills. And we are anxious about losing the money we do have. Even when we have more than enough, we fear losing it and pine after more.

“I’ll be happy when I have an extra couple of grand coming in each month,” we say. And we never quite get to the amount that feels satisfying.

We live on a planet that runs on money. We rely on money to survive, exchange and get what we need to support ourselves and our families. Surely this means we need to take it seriously. Survival is at stake. Health is at stake! Right?

Many do take money seriously. Many even view it as having a damaging and corrupting influence.

It doesn’t. Money holds no meaning whatsoever. Money is neither good nor bad, just like all the circumstantial phenomena that I’ve spoken about so far — be it public speaking, deadlines, endless to-do lists, and so on. These are neutral phenomena unfolding within the theatre of shared universal Consciousness.

Money is a tool. It has no meaning other than the meaning we attach to it.

As we’ve seen so far, we tend to apply certain beliefs to the world around us in ways that don’t serve us. These beliefs could have been formed in all kinds of ways, from things our parents said, to cultural programming to the films we watch.

None of it matters. At their purest essence, beliefs are thoughts that arise moment by moment that we needn’t even acknowledge.

Several beliefs prevent people from making money more freely and from being at peace with the idea of wealth. A common belief is that making money will make us happy. In other words, if we lose money, we lose happiness, self-worth, or joy. All this effectively means the same thing: We take money personally. We tie money to ourselves.

This is what our egos do. We create an identity through things that exist outside ourselves because we fail to understand our inner Being, our universal identity — that which is connected to all things.

Read also: 10 financial tips to help you grow your wealth

Many people have become rich with the belief that their happiness will increase as they make more money. What a superb incentive that is! But it’s also a great reason to jump off a bridge should that money be lost suddenly. And this has happened many times.

Interestingly, and what might be less obvious despite that it affects many people, is the aversion to making money because we believe we’ll see our happiness decrease if we were to be denied new money or lose it.

This is a common reason why so many fail to increase their income. It may not be because of their circumstances or because they don’t know how to make money. Many people do know how. We have Google. We have countless books and resources and gurus.

People fail to go out into the marketplace to make money because they tie money to self-worth, to their identity. We have fear or we avoid making it because that puts us at risk of losing ourselves. We risk damage to our illusory self-worth.

Whatever the underlying reason, none of it matters anyway, because the resistance we have to money comes in the form of a thought.

A thought is a tool. In and of itself, it is meaningless — subjective; it is energy.

Knowing this, we can let go of the thought and return to being present, free of thought interference, back to the realisation that we are already whole. Perhaps, in one such moment of clarity, the insight emerges that we can see money as an indication of the difference we are making in the world. It is a means that can bring about positive change.

That makes sense, seeing that money is essentially a token of thanks given in exchange for value received. Money can be used directly for good.

We can see money as the “root of all evil,” or as an “indication of making a difference in the world.”

Which would you choose? Which understanding would be more conducive to making more money and enjoying the process?

Understanding the three principles and the nature of thought shows us that stress around money comes from our thinking, not from the loss of money itself. We can then give ourselves some space by stilling the mind and being rewarded by the innate intelligence, which provides us with the resourcefulness to make more when we need it.

In the past, I would wake up during the night in a cold sweat about money. I would worry and ruminate for hours before falling asleep. The problem seemed very real and immediate.

As I have allowed more stillness to replace unhelpful visions in my mind over the years, these moments have become rare and short-lived. If I am facing a particularly thorny money-related challenge, I set it aside. My inner wisdom eventually provides the answer I need.

When we realise that money is in no way connected to our sense of worth or happiness, we can be freer with it. It becomes like Monopoly money. It becomes a game where we are less attached to winning. We are no longer in awe of it.

If we want to earn more money, it will greatly serve us to see money in this way. We can’t fear losing it. We need to take risks. We need to be willing to ask people for it and be denied it as part of that journey.

We need to be okay with seeing our shares drop, knowing that we will be happy right now regardless. This is not to say that we should be reckless, lose control, and all our money along with it. We will make more creative and appropriate money decisions because we’re not clouding our soul’s intelligence with worry.

Like in other chapters (see the full book here), the implications are similar. If we can see that we are not our thoughts concerning something external, we do not have to be limited by that thing. We can be free to live as an expression of who we are without a sense of being limited by money. We can create as much money and wealth as we want.

Without the limitation of thought, and in choosing to live in playful motion rooted to inner wisdom, we might be surprised at how much money we can make as a reflection of the positive difference we’re making in the world.

What a way to look at money!

And that’s what this is all about: We can view things in any way we choose. Money doesn’t have to be a burden, something that creates stress and fear. We don’t need to put on the brakes, if we feel we’re making too much of that “evil paper.”

It can be viewed as a neutral tool but also as a benevolent one — one that can create positive and charitable change in the world. In that sense, the more we make, the more good we can do.

All the happiness we would ever need is already within us. All that is left is to see money-creation for the game that it is.