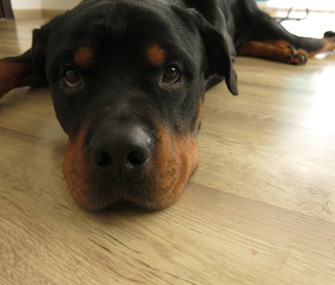 What Is Addison’s Disease in Dogs

Some diseases are really difficult to diagnose, even for veterinarians. I’ve been practicing for more than 30 years, and I overlooked one such condition in my own dog.

My canine cocktail Quora is 11 years old, and until recently I thought she was just slowing down when she stopped charging ahead on our walks through our property. But then I noticed she was shivering a bit, and although she had a crazy appetite, she just wasn’t all that excited about her food.

I realized that Quora’s hormones must be out of whack and when we had her tested, sure enough, she had Addison’s disease (named after Thomas Addison, the 19th-century British physician who first described the disease in humans). Now that she’s on medication for it, it’s like she has brand-new batteries.

Addison’s disease, also known as hypoadrenocorticism, occurs when the adrenal glands don’t secrete enough cortisol and other steroids. There’s often no apparent cause of Addison’s disease. In some cases, however, it may be immune-mediated, or it can occur in response to drugs given to treat another condition. It may also result from damage to or destruction of the glands by some other illness or from trauma or inflammation.

The hormones secreted by the adrenal glands are involved in helping to regulate normal body functions such as metabolism, fluid and electrolyte balance for kidney function, blood pressure, appetite stimulation and more. When those hormones aren’t on the job, dogs can develop a variety of health problems. Addison’s isn’t common, thank goodness, but trying to get a handle on it can really put veterinarians through their paces.

Read also: How do I know if my dog is in pain

The problem is that symptoms can differ wildly from dog to dog — and in some cases, Addison’s can look like other diseases. Signs such as lethargy; muscle weakness; lack of appetite; drinking and urinating more than normal; occasional vomiting and diarrhea; and weight loss are common to many other disorders. There’s a reason that Addison’s is nicknamed “The Great Pretender.”

If the disease goes unrecognized, though, the adrenal glands become less and less functional. Eventually, dogs with the disease may suffer sudden collapse, known as an Addisonian crisis. They require immediate aggressive treatment to survive. Fortunately, with early diagnosis and treatment, dogs with Addison’s disease, such as Quora, can have an excellent prognosis.