Home Business 5 Signs You Have What it Takes to Accomplish Your Dreams (Number...
Facebook
Twitter
WhatsApp
Linkedin
Telegram 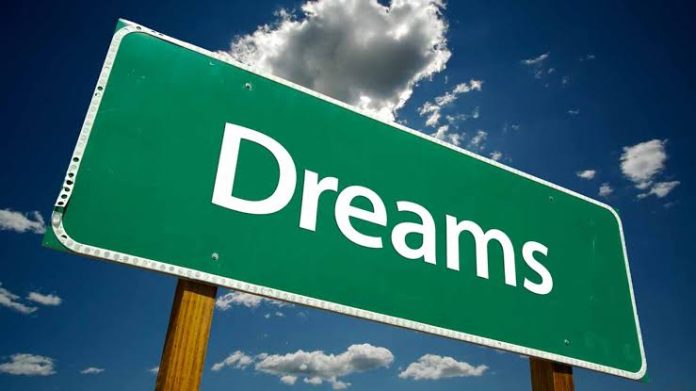 Statistics say that success is meant for a few people

“Big dreams aren’t meant for everyone.”

As a self-help writer, I get this comment at least once a day.

The funny thing? I agree with them.

Statistics say that success is meant for a few people. Does it have to be that way? No. But that’s the way it is. Why? Because it’s hard to create and maintain the type of perception you need to be successful, let alone the action you have to take.

They will die with their unlived dreams buried in a pile of their own rationalizations. It is what it is.

Some people believe, no matter how many counter-examples there are, that the game of life is rigged, they have no shot at upward mobility, money is evil, and a bevy over other societally scripted narratives they’ve adopted.

Sadly, there’s not much that can be done for these people.

“Some people have to drive the buses, wash the dishes, do your taxes, blah blah blah.”

Correct. Not arguing against that.

My question for you — do you want to be one of these people or do you want something else with your life?

Odds are, if you’re reading this, you want more, but here are some other signs you might have a chance to be one of the few people who pulls this whole life purpose thing off.

#1. You Smell B.S. When it Comes to Authority Figures

If you’re anything like me, you’re more than a little bit skeptical of the “official narrative.” You don’t think you should listen to your teachers, the media, politicians, hell even your own parents.

I remember being in school and all the kids were so excited about going to get a corporate job. I was always puzzled by this. I figured I’d end up having one of those jobs, too, but it wasn’t my end goal.

Getting a piece of paper, being assigned a cube, and having to take orders from someone else until the day I died didn’t seem all the appealing to me.

Looking back, I understand that some people want to be told what to do. They don’t want to take control of their lives and they’re more than happy to cede control to authority figures.

And if you’re anything like me, probably not you.

The whole narrative that comes from the top down seems fishy because you understand the power of incentives. You know that people, especially people in power, don’t tell you things just to tell them. They have reasons.

Who benefits from you accepting these narratives?

You’re helpless without the help of institutions

Our team, good! Other teams, bad!

Be modest. Don’t stand out and go for what you want. Be a good little boy or girl.

Don’t have the money upfront? No worries, all it takes is a few easy payments.

I could write 100 bullet points, but you get the point.

These narratives wouldn’t be pushed in a society that favored the advancement of the individual.

Let everyone else buy into what they see, read, and hear.

#2. You stay focused on your mission.

You Know How to Listen, Take Directions, and Be Coachable

I help other writers get their careers off the ground. The number one reason most writers don’t achieve this? They won’t listen

Even though they don’t have the audience they want, they’d rather continue to write what they want instead of listening to me — you know, someone with a half-decade of writing experience and a six-figure income purely from words.

If you want to be successful, the first step is understanding that if you were so smart, you would have figured all of this out already. The dumbest people are the most certain ones. Even though they don’t have what they want, they have an answer for everything.

The truly successful person is a student of life.

Not only do you need the ability to take directions from other people, you need the humility to do it when the feedback hurts.

Can you take criticism?

Can you implement advice word for word and step by step without altering it?

Are you willing to do whatever it takes to succeed, including facing some of your deep flaws?

If you answered yes to those questions, you have a shot.

I love when people post job interviews or inquiries with a description that says something like “Use the subject line: yellow bird.” A filter as simple as this cancels out a surprisingly large number of applicants. People don’t read directions thoroughly. If you do, or if you can, you can get ahead much faster.

You have to get out of your own way. Your ego blocks you from the success you want in life.

#3. You Avoid Negativity, Apathy, and Escapism Like the Plague

As time goes on, I start to believe more and more in all these weird metaphysical concepts like vibes, auras, and energy. I stay away as far away from the bad juju as possible:

Complaining — Am I some perfect self-improvement robot who never complains? Nope. But I steer clear of perpetual complainers — the type of people who could be looking out at a beautiful sunset through their car window but complain that there’s a spot on the window partially blocking their view.

Seemingly benign but harmful activities — “Happy hour” is an odd name for what usually goes on during this time. It’s kind of an extension of above — a time to complain, gripe, and gossip. If you’re smart, you don’t always avoid things like drinking, T.V., and entertainment altogether (I hate when people advise this) but you don’t let your life get consumed by them.

I’m the last one to look my nose down at what people do from a moral perspective.

I look at how useful or harmful certain activities are and I judge that based on whether or not they move you closer or further away from your goals. That’s it.

Rarely have I seen a successful and happy person fully plugged into the matrix with all of the qualities and behaviors listed above.

If you’re smart, you understand you can be programmed without your permission, so you’re very careful with your environment and inputs. Also, you try to reprogram yourself in the form of self-improvement, which is really just a positive form of brainwashing.

Read also: The psychology of a winner

#4. You Make it Past These Critical Benchmarks

I see this in writing all the time.

Sometimes I go to check on the blogs of writers I’ve met over the years — most often the blogs lead to broken links. They vanish, burn out, give up.

If you can work at something for 90 days straight without quitting, you’re in good shape.

If you can work at something for six months without quitting, you’re in great shape.

Make it a year or two in, getting small successes along the way, and you’d be dumb to quit

People permanently quit their dreams because all of the starts and stops cause so much fatigue. Hesitation causes more fatigue than actually doing the thing and it causes anxiety. You beat yourself up each time you procrastinate or stop your routine.

You do this because you’re worried about the effort it will take to succeed, but you’re actually exerting more effort and making yourself more miserable by staying stagnant.

My YouTube channel is now starting to generate some views passively. Guess how long I’ve had it? 6 months. I shot roughly 90 videos.

It seems like a lot, but it feels as if I’ve been doing it forever. The first video seems like a distant memory, even though back then doing a bunch of videos seemed like a long road.

Six months is the magic number. Make it.

#5. You Understand What Dreams Are Really About

You don’t want money. You want the freedom to do what you want when you want.

Sure, you want the status that comes with your creative passion, but ultimately, you want to create.

You understand that many of the worldly metrics we live by — money, status, audience, physical attractiveness, — are bi-products of doing the work.

If you took perfect care of your health, found a profitable skill you genuinely enjoyed doing, and shared your gifts with the world, it would be odd if you didn’t get rich and sexy in the process.

On the one hand, you don’t want to live solely for your desires.

But on the other hand, you don’t want to act like the scoreboard doesn’t exist.

I can see through people, easily. They live in castles built by rationalizations. They tell themselves they don’t want what they really want because they don’t think they get it.

People like me and you, we understand that the entire game isn’t the endpoint, it’s the trying itself that matters.

The fun of accomplishing a dream isn’t what you get, it’s seeing if you can pull it off.

The process of trying to do what most people can’t and trying to exert your will over reality is fulfilling.

Most importantly, you don’t want regrets.

I’d rather you overshoot on your goals only to realize your dreams weren’t all they were cracked up to be than the opposite fate of always having to wonder what if.

Am I guaranteeing you’ll be successful just because you have ambition? Hell no.

But then again, if you’re really ambitious, you don’t need guarantees because you have…you.

And that’s more than enough.