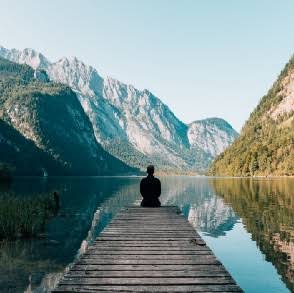 15 Myths That Might Be Sabotaging Your Success (HIGHLY INSTRUCTIVE)

The world is full of talented people who feel miserable, lack purpose, and fail to achieve their goals.

Because they trust in common lies about life and success. And they mostly do so because lies are more comfortable than the truth.

But what if life isn’t about being comfortable? What if it’s about living it to the fullest, including painful truths and our inner battles? While today’s traditional self-help world mostly preaches that you need to think positively and avoid struggles, I genuinely believe that we can experience the biggest breakthroughs by facing painful truths and allowing them to teach us valuable lessons, even if it’s not always comfortable.

I wish this were true, but studies prove it isn’t. Sure, you have to work hard to achieve remarkable goals, but hard work isn’t everything.

Talent, timing, relationships, and luck can play a role too.

Hard work and success don’t have a 1:1 ratio, yet, we need to act as if they do.

All the talent and luck in the world won’t help if you’re unwilling to show up and do the work. It’s quite paradoxical, but the harsh truth is that hard work isn’t everything, but it’s one of the few things you can control.

And surprisingly, the people who work hardest seem to be the ones who attract the most opportunities, relationships, and luck.

Every time you give it a new shot, you’re raising your odds of actually getting what you want. And most of the time, you can create your own luck by showing up in the right places.

#You can have it all

Maybe you can, but most likely, you can’t. At least, not immediately, as Oprah preaches:

“You can have it all. Just not all at once.”

You can be in great shape, run a successful business, be in a wonderful relationship with your soulmate, and have a thriving social life, but getting there will take some time.

Too many people expect to have it all at once.

They read motivational self-help books and believe they can immediately turn their lives upside down with a magical 30-minute morning routine.

The truth is, you can’t.

You can slowly change your life by taking consistent action and doing the damn work. But it’s not going to happen just because you’re motivated for the next five days.

There are entire books on why you should set bigger goals in order to create more success in your life.

While the fundamental thought of setting bigger goals to be more motivated and take bigger action can be helpful, the truth is that it can also be quite toxic.

If you recently quit your job to build your own business and aim to make $100,000 in your first year but set the goal of a million dollars instead (because you believe you need to “think big”), you might face one of two potential outcomes:

1.) Your million dollar goal motivates you to push harder, and you end up somewhere in the middle, making less than a million but way more than $100,000. Success!

2.) Thinking of the million-dollar goal scares you to death because you have no idea how to get there, so you feel paralyzed, uncomfortable, and unable to take action at all.

Big goals are not generally good or bad. They just work differently for different personality types.

The gist is to figure out what works best for you, so you don’t just blindly follow the advice of “setting big goals” just for the sake of big goals.

#If you love what you do, the money will just come

This is, hands down, the worst strategy for professional success.

You can love what you do, be great at it, and still fail to make money.

Too many people have this romantic goal of doing what they love and making lots of money because they are passionate about their work.

The truth is, nobody cares about your passion.

People care about what you can do for them.

If you want to start a business, focus on what you’re good at, not what you love.

You still have lots of time

At least, it’s not worth betting on it, so get up and fight for your dreams as long as you can.

#You only need *one* breakthrough

Most people wait for that one success that’ll magically change their entire lives: One video that goes viral, one investor who believes in their idea, one promotion in their job, the soulmate who’ll transform their whole life,…

The truth is, you’ll always need one more.

Most people are drowning in information but failing to make sense of it. They believe they need to read one more book, join one more seminar, or even get one more degree to be knowledgeable.

But you probably don’t.

You just need to get moving and take action.

The internet is a blessing and a curse at the same time: We have vast amounts of knowledge and resources available at our fingertips, but instead of using it wisely, we let it hold us back from actually doing things.

#Let me teach you how I did it

The internet is full of people promising to teach you how they did it. They share their secrets, their step-by-step approach, and everything they learned on the way to their fit body, their first million, or their extraordinary marriage.

Yet what most people ignore is that there’s not just one way to do it.

There are a million different ways to achieve your goals, and thousands of different coaches, gurus, and teachers can help you along the way. You just need to pick your path.

That might be true, but it’s not the complete truth because most people try to ignore the fact that life is a lot easier and more fun with money than without.

Sure, money is by far not the only (or most meaningful) way to measure your success, but without financial resources, you’ll often hit roadblocks that might be hard to overcome.

Let’s be honest: It’ll be hard to live your best life with zero dollars to your name.

And it’s also hard to make a great impact and help others if you can barely pay your own bills.

Money might not be everything, but in a world that’s ruled by it, it certainly matters.

#If only I had more money…

Even though money can have a positive impact on many areas of your life, it won’t magically solve all your problems.

If you’re fighting with your spouse each night, you’ll probably keep fighting no matter how much money you have.

If you’re struggling to communicate with your family, it probably won’t get any easier just because you have more money.

The gist is to stop demonizing money, so you don’t stand in your own way while also being aware of the fact that many of the most precious things in life aren’t necessarily bound to it.

#Successful people don’t give up

One of the biggest misconceptions about “successful people” is that they never give up.

The truth, however, is that they give up all the time. But contrary to the majority, they give up on the right things.

Instead of being too stubborn, they take calculated risks and quit projects without a promising future.

Here’s a simple question you can ask yourself next time you feel like giving up:

Is the challenge worth the potential reward?

If your answer is yes, you should probably persevere and keep going because nothing worth having comes easy anyway.

But if the answer is no, you’re probably just doing it because you’re afraid of quitting, and that’s a bad reason to keep doing something you don’t believe in.

#Successful people get up early

We all have different circadian rhythms and the best you can do for your body is listening to its needs.

Some people are most alert, productive, and creative in the early morning, while others experience their peak late at night — and both are normal.

The only problem is that western society makes you think that you’re worthier if you get up early. The truth, however, is that there’s no point in waking up at 5 a.m. and wasting two hours before you even feel fully awake.

#You think you deserve *more*

Most people fail to achieve their goals because they’re unwilling to go the extra mile. They believe they already worked hard enough and just wait for the rewards to come their way.

The problem is that you’re not the only person who wants what you want.

Other people might be fighting for the same rewards, and they might be willing to work a little harder.

The truth is, nobody owes you anything.

Life isn’t always fair, and sometimes, we work hard for nothing, but what’s sure is that nobody will reward us for being mediocre and doing just a little of the work.

#Everything happens for a reason

This is one of the lies we like to tell ourselves when we don’t know how else to describe misery or bad happenings, yet, the truth is that sometimes shit happens without a proper explanation or reason.

The good news, however, is that we can try to learn from our experiences, even if they don’t seem to have a meaningful reason.

There’s no point in overanalyzing every tiny situation in your life and asking why it happened. Sometimes, you’ll be better off by just accepting it and moving on.

As long as you’re surrounded by other people, their opinion about you does matter — at least to a certain extent.

If your coworkers don’t like you, you’ll have a hard time enjoying your work.

If your potential customers don’t like you, you’ll have a hard time building a successful business.

Sure, it’s more important whether you feel good about yourself, but you can’t ignore anyone else, be a jerk, and think that others’ opinions don’t matter.

If you treat others poorly, you’ll be treated the same way.

If you, however, treat them with respect, dignity, and love, that’s what you can expect in return too.

Read also: Re-Engineer yourself to thrive not survive

In the end, a life of success is barely about our superficial goals. It’s about whether we’re happy and content deep inside.

It’s about how we feel when we go to bed at night and how we spend our Sunday mornings when there’s nothing we need to do or nowhere we need to go.

Most of us are trapped in a rat race, believing that we need to be married at a certain age, make a certain amount of money, own certain things, and live life in a certain way in order to be successful or worthy.

Yet, the truth is that you can choose what success means to you.

And the good news is that you can live exactly that way without justifying or providing any explanation to anyone.

This is your life, and you’re 100% allowed to live it in your own unique way — in a way that’ll let you to be your happiest self.