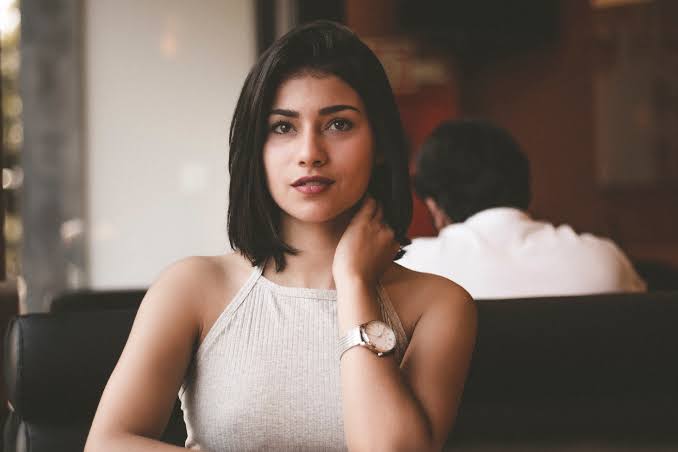 6 Mentalities That Are No Longer Relevant in the 21st Century

Why some common attitudes are passé

Photo by Allef Vinicius on Unsplash

If there’s one thing that characterizes our current times, it’s diversity.

We live in a world with endless possibilities, ideas, and life choices. As such, the idea that you have to follow a pre-defined path is obsolete. In other words, many things that my teachers and relatives told me as a kid do not apply anymore.

We have witnessed such incredible change in the last ten years that wisdom is often fleeting.

And while some lessons are timeless, many commonplace attitudes are now remnants of bygone eras.

Read also: 6 hard skills that will pay off forever

Society might cling to antiquated mindsets, but people are breaking out.

On this basis, here are six mentalities that are no longer relevant in the 21st century.

I will spend a fortune on my “dream wedding”

Not so long ago, “dream weddings” were commonplace in the Western world. People would rent a castle, a humongous event hall, or even a hotel. As a kid, I attended various of those and always loved them.

In the last ten years, however, I realized that their popularity is waning. Why? Simple, most people nowadays can’t or don’t want to spend 30–50k USD on a party, especially since the ultimate outcome is uncertain.

In my country, the divorce rate is over 50 percent. In most Western states, the statistics are similar. As a consequence, spending a fortune on a dream wedding could be an expensive short-term pleasure.

Don’t get me wrong. There are still lots of people who believe in fairytale weddings. Likewise, many couples live happily ever after.

Nevertheless, the idea that you need a pompous wedding ceremony to be a “good” member of society — or to impress your neighbors — is nonsense. It might have been a rite of passage in the 20th century, but the world has moved on. Today, people want a memorable wedding — without putting aside all of their other projects to finance that experience.

As a consequence, expensive dream weddings are becoming more and more irrelevant.

We have to keep up with the Joneses

Keeping up with the Joneses is one of the most irrelevant and pointless things to do in life.

My neighbor has a new Audi. Maybe I should get one too? Our friends just traveled to the Maldives. Maybe we should vacation there too? And so many people are working remotely in Mexico. I guess I need to join the trend.

Simply put, copying other people is a surefire way to harm your mental health — and your wallet.

Everyone has different priorities. On a similar note, you won’t find the same satisfaction from purchases or experiences that your neighbor might get.

In the olden days, people would buy into the “American dream.” That entailed a certain standard of house, car, backyard, and two annual trips. Today, however, our attitudes have become so diverse that following a pre-defined notion of success is a terrible idea.

Design your own American dream in your head, and don’t get caught up on hype trains.

Before 2020, many people thought that stability was the nonplus ultra.

My job might not be super stimulating, but at least it’s secure.

When businesses closed down — and inflation started to surge, people suddenly realized that job security is nonexistent.

Of course, some jobs are more stable than others, but in the 21st century, frequent career changes and job-hopping are the norms.

As a consequence, working an uninspiring job with few prospects in the name of temporary stability is an outdated mentality.

Those who succeed in the 21st century are those who can adapt. And the best form of adaptation is to reject the idea of dead-end jobs and always be ready for uncertainty.

My career path is fixed

Akin to buying into dead-end jobs, thinking in fixed career notions is an antiquated mentality.

A few decades ago, people would go to college to get a degree that would suit their job plans. They prepared their whole life for one particular career — and then mostly stayed on this route until retirement.

Ask yourself the following: how likely is it that you will work in the same company — or even industry — for your entire life? Not very likely.

Because the world is changing so much — and many more jobs will disappear in this century, one of the most crucial mindsets is to be ready to take on novel challenges.

In the words of Seth Godin,

“If it scares you, it might be a good thing to try.”

Don’t be scared to change jobs because of old-fashioned career path ideas. The ones who go beyond their fears and jump into the unknown are the ones who won’t have trouble adapting to the evolutions of the 21st century.

I need to travel, party, and enjoy life before getting tied down

Another weird idea that people still believe in is the following: your 20s will be the best years of your life.

You’ll never get your college days back. Party and travel as much as you can, because later, you won’t be able to.

While there is nothing wrong with enjoying university, the attitude that your life will somehow be super quiet later is BS.

The way you organize your 20s is up to you. Some people travel extensively in their early 20s. Others build a remote career and start exploring the world in their 30s. And many never actually settle down.

The point is straightforward: don’t buy into a particular lifestyle because “now is the time.” Your timing — for anything — will never be perfect. You can only live your life today according to personal values that guide your decisions.

I am not wealthy, confident, or talented enough to live my dream

Finally, the worst outdated attitudes are the ones that hold us back. I am talking about confidence-shattering phrases that we hear all the time.

Now, it’s clear that not everyone can be an astronaut or a professional football player. Nevertheless, the opportunities that we have today are plentiful.

In simple terms, there are enough possibilities for everyone to thrive.

For people like myself, it’s content creation. Being a creator isn’t easy, but it’s far from impossible for most people.

For others, there is the good old corporate world. On the internet, people who work conventional 9–5 jobs are often looked down upon, but that’s as nonsensical as believing that it’s impossible to start your own business.

In conclusion, find your talents and pursue your interests consistently. The world is full of opportunities, and there will be one that shatters obsolete ideas still looming in your head.