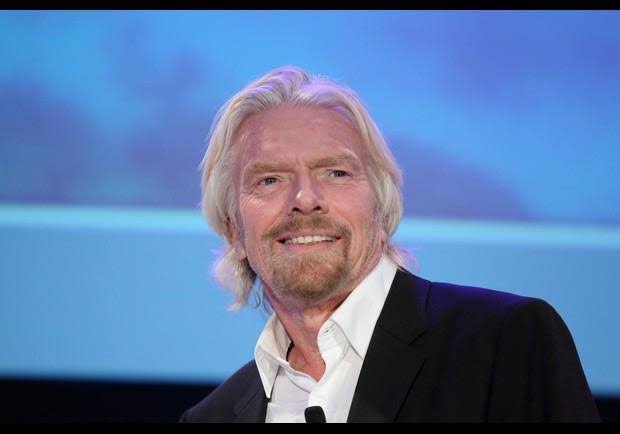 Four Quotes by Richard Branson That Will Change the Way You Think Forever (super Insights!)

Discover the pearls of wisdom from one of the world’s most outstanding entrepreneurs.

Richard Branson’s life is full of formidable anecdotes that helped him become one of the world’s wealthiest and most powerful men.

His adventurous spirit made him bet everything for everything so many times that he developed a different vision of life than most of us. So I read his book Screw It, Let’s Do It: Lessons In Life. And after reading it several times, I have selected the most striking passages. Sentences that made me rethink my perception of things. And that I believe helped me to take life much better. I hope they do the same for you.

Read also: 3 quotes from Tim Ferris to inspire your own greatness

#1. I don’t believe that the little word “can’t” should stop you.

Richard states in his book that he never says, “I can’t do this because I don’t know how to do it.” He always finds a way, even when it leads him to find a legal way around any impediment.

This obsession with achieving his goals took Richard to the top of the business world and the sky by becoming one of the first human beings to cross the Atlantic in a hot-air balloon. It took him 29 hours from America to Ireland. And he almost died in the attempt.

This makes me ask myself, “Am I trying hard enough?” “When I have a dream, do I give up at the first setback?”, “What is my relationship with adversity?”

And after much reflection, I’ve realized that 80% of the time, I give up on things I haven’t fought hard enough. It isn’t easy to recognize, but in my case, it is true. Adversity and problems have slowed down my progress for too long.

Now I try to be more resolute and handle frustration by training patience as if it were another muscle I need to develop.

#2. As soon as something stops being fun, I think it’s time to move on.

Branson is obvious that life is too short to live bitterly. And if he could only give one piece of advice, I guess it would be the one he told his children Sam and Holly when he decided in 1997 to circumnavigate the world in a hot air balloon.

He knew it was a dangerous adventure and that there was a good chance of perishing in the attempt, so he left them a letter that said, “Live life to the fullest. Enjoy every minute of it. Love and look after mum.”

In the end, it’s not all about money. It’s about what you do with the time you have. This phrase changed my mind. I often put up with a lot of shit to keep doing things that make me money.

I justify myself by saying, “I’m going to work on this shit one more month so I can pay my bills or rent,” or “when I save 20k more, I quit”. And I never quit because you always want more, even if whatever you do drains your soul.

Since I read the book, I’ve been trying to say no to all work that doesn’t make me enjoy it. And I’m doing better because, as Richard says, “Never just try to make money, long-term success will never come if profit is the only aim.”

#3. Success is more than luck, you have to believe in yourself and make it happen.

Richard firmly believes that what has taken humankind from living in caves to space travel are the challenges.

Challenges give life meaning. Sometimes you succeed; sometimes you fail. But for Richard, the point is to show others that you genuinely believe in yourself even when you lose; because of that, people begin to see you as a leader and trust you.

As Richard says, “One thing I always try to do is to keep my word. I set my goals and stick to them.”

It sounds easy, but having the determination required to fulfill our dreams is difficult. The level of demand and professionalism that our most important goals need is very high. But you still have to try and try again until you succeed.

When Richard is asked why he called his company Virgin he always says that he did it because when he set it up with his partner, he was a virgin in business. In other words, he didn’t know anything, he learned along the way, and frankly, he didn’t do badly.

The trick is to work hard and believe in yourself. If you do, eventually, the right people — the ones you need to fulfill your dreams — will believe in you and help you achieve your goals.

#4 Plan long-term and learn to wait for the reward.

Richard tells his book about how he wanted to start a business when he was only nine.

He had a crazy idea.

Richard thought he could go into the business of selling Christmas trees. So he went for it. He bought a sack of seeds that cost him five pounds and figured he could sell the trees that grew for two pounds.

Branson didn’t mind waiting for the trees to grow because he calculated that after selling all the trees that grew from those seeds, he could make a total of 795 pounds.

Not bad for an initial investment of five pounds.

Unfortunately, some rabbits ate the seeds. But they caught the rabbits and sold them to the local butcher, recouping the investment and making some profit.

Two lessons can be drawn from this,

Think long-term if you want to succeed.

Things never go as planned, but you can always pivot the original idea and make a profit.

I started wanting to be a fiction writer, and life led me to write self-improvement articles. It wasn’t my idea. But it works. The trick is to start, don’t despair, think long-term, and adapt to change.