Home Business 5 Things You Can Do With Your Money So It’s Not Wasting...
Facebook
Twitter
WhatsApp
Linkedin
Telegram 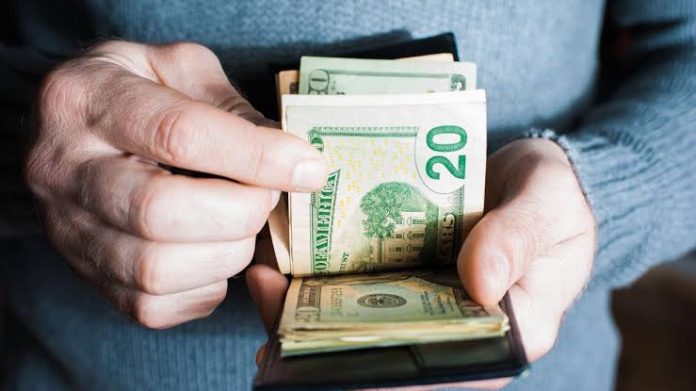 With inflation getting higher and our paychecks getting lower, what can you do to really keep afloat long-term?

The banks are failing us.

Times are getting harder for us all ever since coronavirus has hit. Who did you think was paying for those free vaccines? Who do you think was going to be paying back the Furlough scheme? Who was going to make up for the economic losses?

Before the pandemic hit, I opened a Lifetime ISA account with Moneybox. My friend recommended it to me as the interest rate was about 3%. Do you know how many emails I’ve had over the past two-three years telling me the interest rate has dropped?

The same goes for my standard savings account with my bank. I’ve had it since I was 16, but out of interest I took a look at the interest rate and it was 0.01%.

Are you serious? I’m not having my money sit there and lose value, so I decided I would transfer it to another bank.

But as it turns out, no banks in England really offer anything better. The next best deal I could find was 0.25% for 12 months, which means it’s going to drop after 12 months.

Read also: 6 hard skills that will pay off forever

Great, now what do I do?

The economy is failing us.

In the United Kingdom, within six months we have endured some nasty economic hits:

National Insurance went up 1.25% in April.
Petrol prices have skyrocketed.
Food prices have increased.
Household bills have more than doubled.
More than ever, people are wanting to earn more and spend less. However, having your money sitting around in the bank isn’t helping matters at all.

Why? Because your money is depreciating by the second.

Let’s look at how the Great British Pound has evolved according to the Bank of England inflation calculator:

Let’s look at how the American dollar has evolved according to the CPI inflation calculator:

What can you do?

Luckily, there are a number of things you can do to make your money grow. Mind you, some of them come with great risk and require vast amounts of knowledge, but I guess it all pays off in the end.

Read also: 3 money rules that will improve your financial health for those who want extra cash

I put in £2 a week and I have no intention to use the account anytime soon. I tell people it’s to help my kids when they want to buy a house.

It feels good to know that I’m building towards something in the long run and I’m not just keeping money sitting in one account.

At work, I was speaking to colleagues about pensions and if they were worth it. One colleague had cancelled her pension for seven years and regrets it. Another colleague stopped hers when she was 20-odd years old and had to restart it in her 40s, missing a lot of the pay.

Other colleagues email me and ask for their pension to be stopped. I always make them double-check whether this is what they want, or I refer them to seek professional advice from a banker before they make any moves.

You’ll only regret it once it’s time to retire.

Move your money around every one or two years

I mentioned to you that my savings account is 0.1% interest. My manager laughed his head off when he told me that was the case and advised me to move my money into an appropriate bank.

At first, I thought this would be long and a waste of time. Now I understand the value of money.

Personally, I have not yet opened a new bank account but I know some banks in England will offer you a small cash sum if you move your bank over to them.

My friend in sixth form moved his bank around each time they were offering money to join so he could make the most out of the freebie, you should see how many debit cards the guy had…

#Invest in stocks and shares

Many people are doing this, investing in stocks and shares is a new fashion trend. Personally, it’s not for me as it’s a great risk. You need to have the excess cash flow to play around with.

There is a small chance you can make a great profit overnight, but there is also a small chance you can lose everything overnight. Before investing, I advise you to research stocks and shares because it’s not something that can be learned from reading an article or two. You really need to be able to understand the market and invest wisely.

Your money is 100% guaranteed to grow if you invest it in property and renovations. Property has an average growth rate of 2% each year.

Read also: what does school not teach us about money

Let me provide you with three different property scenarios:

My friends have lived in a council house just outside of London their whole lives. Due to the housing demand around London, as no one can really afford it in the capital city, the house price has shot up and the area has been renovated.
My friend bought a house in northern England, which can be considerably cheap. Due to the demand on housing for students, he’s now renting the house to students and he hasn’t even moved out yet.
One of my family members invested seven figures in property in another country and built a house from scratch. He’s now sold it for five times the amount he invested.
Everyone knows the property market is a winner, the only problem is that you need large sums of money to invest large sums of money to generate long-term larger sums of money.

In summary, I play the lottery at least once a fortnight because I’m afraid for my future. I don’t want to waste thousands of pounds of admin fees for a mortgage when I’m already being loaned hundreds of thousands I don’t have.

I don’t have thousands of pounds to invest in an electric coin which might cause me to lose everything overnight.

I’m not getting a sugar daddy because I have tried and it’s failed.

Our money is being mocked by banks as I speak, but if we actually know what to do with it, we may not fall into the worst-case scenario.

Anyone need a sugar baby?