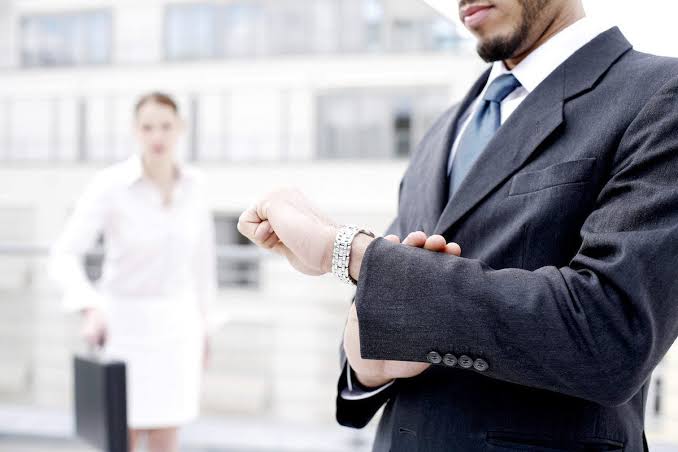 #4 They are sweeter than most of our friends

I have had the opportunity to work with and know affluent people in my career. For example, I worked with a family handling major real estate projects in Bangalore and a couple of wealthy tech founders.

Working and being in their network was not as scary as I had thought it would be. On the contrary, it was fun and an eye-opener.

There were a few habits that most of them had in common. Some of them even started from scratch but built a fortune.

1. They are calm and well balanced

Of all the people I worked with, the successful ones were always the calmest. Even in the most stressful situations, they remained well-balanced.

It was hard to offend them because they didn’t get offended. They knew how to control their emotions.

With a big team to handle and people to manage, it’s important to remain calm and make better decisions for the company.

Calmness often comes from turmoil, and reaching a point where you have everything, you become calm. You realize how everything is Maya, and you’ve nowhere else to go.

2. They don’t care about others

If you look at successful entrepreneurs online, you’d see how they don’t care about what the world says about them, be it Musk walking with a sink in Twitter HQ or Zuckerberg wearing the same tee every day.

It was no different with people I have acquainted with. They scarcely worried about what an employee said or what their relatives called them.

The confidence you earn by working hard and establishing yourself is unshakable.

People with that confidence share their bizarre and wild ideas without a second doubt. They don’t care about their peculiar fashion sense, a crazy business idea, or what they have in mind.

3. They make bigger mistakes than us

I know some of my friends who think a thousand times before making a decision that will not affect them tomorrow. The crippling fear of making mistakes don’t allow them to live their life.

Successful people, on the contrary, are open to making mistakes.

My ex-boss invested in failed companies and started businesses that never saw the daylight. However, he never shied away from discussing his failed plans and accepted where they went wrong.

Failing is part of being successful.

Being radical thinkers and risk-takers, it was obvious they’d made mistakes often and were well aware of it.

Since they are open to making mistakes, they are risk-takers. Therefore, failing is part of being successful.

They make more mistakes than regular people. Visual from Freepik

4. They are sweeter than most of our friends

When I started my career, I was afraid to talk to people who were highly accomplished. I had a negative image of them in my head based on how successful people were in my extended family.

Working and networking with some successful entrepreneurs later in life made me realize my assumption about them wasn’t right. They turned out to be the sweetest people I had met.

They don’t hold grudges like our friends and colleagues; they believe in making connections.

They openly share their knowledge and guide me whenever I need their help. Some of them later became my friend, and I still talk to them.

5. Learning and improving are always on their agenda

My ex-boss upgraded his knowledge about real estate even when he was one of the most successful people in his industry. He subscribed to resources from his mentors and had his office filled with relevant books and magazines.

A family friend who’s done pretty well in his event planning would attend a seminar every three months to expand his business.

Acquiring knowledge and reinventing themselves is one of the most common trusts of a successful person.

That’s something we’ve seen in movies and heard in almost every self-help video, another how leaders are readers.

Every new stage of our life requires a new version of us, and people ahead of us understand that and grow wiser with each phase of their life.

They have a bigger vision and strive to work hard to achieve that.

Without thinking about astonishing results, it’s hard to achieve them. Without dreaming big, it’s impossible to reach them.

How big are we thinking?

When we’re thinking about making an extra $1000, they think about 500k or even a million. They think big, and they achieve big.

This also shows how they don’t have limiting beliefs and low self-esteem, which stops them from dreaming big and working for it.

Read also: 7 types of people who get far in life

There are tons of other things that separate successful people from the rest of us. But the ones we discussed today are the most common ones I noticed in my network.

Here’s a quick summary for you.

They are calm and well balanced

They don’t care about others

They make bigger mistakes than us

They are sweeter than most of our friends

Learning and improving are always on their agenda