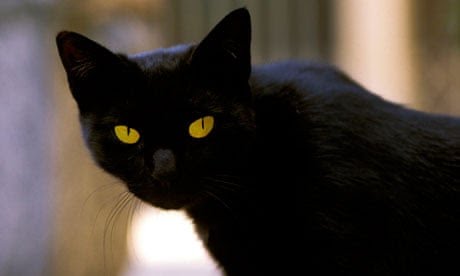 Tommaso, a four-year-old, one-time stray from Rome, is thought to have become the world’s richest cat.

Since the death of his 94-year-old mistress last month, he has become a property magnate — or perhaps mognate — with flats and houses worth an estimated €10m scattered from Milan in the north to Calabria in the south.

In a handwritten will, signed on 26 November, 2009, Tommaso’s mistress — the childless widow of a successful builder — gave her lawyers the task of identifying “the animal welfare body or association to which to leave the inheritance and the task of looking after the cat Tommaso”.

One of the lawyers, Anna Orecchioni, told the Rome daily Il Messaggero they considered several organisations without getting adequate guarantees of the cat’s future comfort and welfare. In the meantime, the old lady met a fellow cat-lover – named only as Stefania – in a park. “Sometimes I’d go to her house so my cat could play with Tommaso,” Stefania said.

As the old lady became increasingly frail, Stefania, a nurse, began to take care of her.

“She needed someone to help her move around, shower and eat. I looked after until the end,” she said.

Under Italian law, animals cannot inherit directly. But they can be beneficiaries if a suitable trustee is found. The elderly widow decided to entrust the cat – and his fortune – to Stefania.

Tommaso’s trustee, who is now looking after him an undisclosed address outside Rome, said: “I had no idea the signora had such wealth.”

Read also: The right way to treat your pet

But the fortune pales by comparison with that of Gunther IV, an Alsatian who inherited from his father Gunther III, the pet of a German countess. According to the Pet Gazette, he is worth around $372m.

The richest cat was previously thought to be Blackie, who was left £9m by his reclusive British owner in 1988.