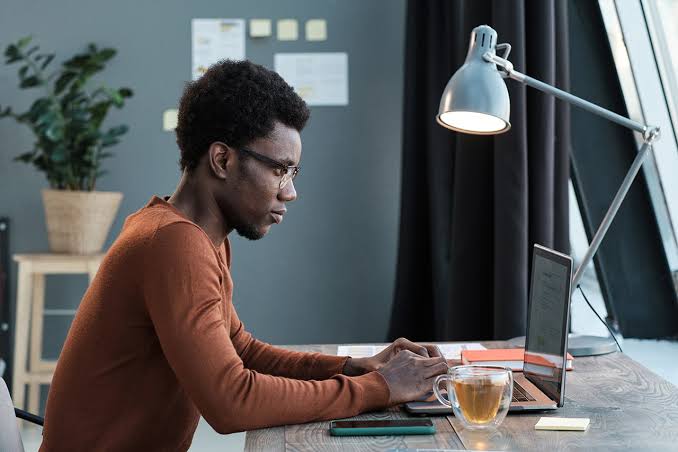 Words of wisdom from the greatest minds

As an entrepreneur/business owner, staying on top of your finances is paramount to your business success. Money may not buy happiness, but it’s what fuels the economy our world revolves around, so the better you get at managing it, the less trouble you’ll run into.

You’ve probably already read or heard a lot of advice about money management. Things like saving half of your pay, investing 20% in the stock market, having an emergency fund… Although these are all fair points, they’re things we’ve all heard over and over again, plus they’re not always actionable right away (for instance, a lot of people can’t afford to save half of their salary).

In this article, we’ll go over money advice you’ve probably never heard before that give great insights into how money works as a business owner. For each quote, I’ve included some of my personal experience as a content creator.

There’s been a lot of different phases in the “hustle community” these past few years. First, guys like Gary Vee or Grant Cardone started telling us that if we want to make a ton of money, we have to work 70-hour workweeks, not see our kids, skip the weekends, and wake up at 5 am everyday. Then some time around 50–60 years old, we may get to enjoy the fruits of our labor, if we’re lucky.

Then, there was the 4-hour workweek movement, on the other side of the spectrum. Tim Ferriss & Co started telling us that actually, you don’t need to work a lot, you just need to work smart. You can work only a few hours a week and still make a ton of money. All you need is a virtual assistant and a dropshipping business.

These days, we seem to have found somewhat of a middle ground. The pandemic happened and we all had time to reflect on our mental health. YouTubers like Matt d’Avella or Joey Schweitzer (from the Better Ideas channel) remind us that chronic stress and anxiety don’t have to be part of the everyday life of entrepreneurs. You can make money, hustle, and still be happy and healthy, but it’s not easy. Most people fail at that and burn out.

Although all these options are different and trending at different times, they all have one thing in common: they require you to work. In this world, there’s no such thing as a free lunch.

I always wanted to make my own money, but too often as a young “wannabe entrepreneur” I got tempted by some quick-buck method rather than taking the time to develop a viable business. Selling code on forums rather than building an online store for it, or building an online store for physical products but not having inventory… Every time, I’d make a few hundred bucks and run out of steam.

Always remember that money should be earned fairly, not easily. It might take you longer to get it, and you may run into many obstacles before making it, but that’s part of the journey. No man (or woman) ever made an honest fortune without hard work.

“It ain’t what you don’t know that gets you in trouble. It’s what you know for sure that just aint so.”

When I was a teenager, every time I saw my parents pay their bills, struggle with paperwork, or have to call the bank, I would tell myself: “All that looks like a waste of time, when I can afford it I’ll get an accountant to take care of my money.”

Years later, my business started making enough money to afford accounting services, so I didn’t hesitate and signed up right away. The first few invoices they sent me for their services were not very expensive. I thought to myself: “I hate accounting, I don’t even know how to do it, so surely this is a great use of my money because it saves me time that I get to spend on more content creation.”

As the business grew, so did my accounting fees. The whole time, I was sure it was worth it. Then one day, I received an invoice for a lot more than I had anticipated. It wasn’t like I couldn’t afford it, but it was a ton of money, and now it was too late to not pay it because the work had been done. I paid the invoice and cut all ties with the accounting firm. I told them I’d figure it out on my own.

Over the next year, I taught myself the basics of accounting and do all my reporting myself. It takes me more time but it saves me a ton of money, and it’s actually not that complicated. I was 100% sure I needed an accountant for 10 years, and it turned out I was completely wrong. Then, as Mark Twain says, it got me in trouble, and I had to pay a lot of money.

As a business owner, it’s very important to keep an open mind and always be on the lookout for scenarios and situations where you might be wrong. This goes beyond operating costs like accounting, it’s also about the world of tomorrow, as we’re about to see with the next quote.

“Stock prices have reached what looks like a permanently high plateau”

I included this quote here because it shows the importance of thinking outside of the realm of what you think is possible. Irving Fisher was one of the most respected economists of the 1900s. In 1929, as the stock market was experiencing its biggest crash in history, he didn’t conceive how it could rise any higher than the peak of 1929. It seemed impossible that the economy would recover and then go beyond that. Until the day he died, in 1947, Irving Fisher probably thought he was right because the stock market only reached its 1929 peak again in 1955:

Today, the Dow Jones is up 340% from its 1929 high. Irving Fisher will never know, but he was wrong. Throughout history, there are tons of examples of companies and people who were wrong about possible outcomes and had to pay a price for it. In the case of Irving Fisher, it didn’t matter as much because he died before being proven wrong, and he even got to enjoy the gold market rush from 1932 until the end of his life.

Kodak thought digital photography was a fad in the 2000s, so they didn’t invest in it. They were making $11 billion in 2005, now they barely make $1 billion a year, and have been on a steady decline for the past 2 decades.

Other examples include the coronavirus pandemic, the energy crisis, the subprime crisis of 2008… Very few people saw these events coming. 20 years ago the median home price in the US was $179,331 (inflation-adjusted to 2020 dollars). Today it’s $336,900, and in 20 years it will probably be over $700,000. It sounds crazy, but only those who open their mind to the craziest possibilities get ahead in life. Always stay on the lookout for the unthinkable as a business owner. That’s the best way to identify opportunities and survive crises. As Benjamin Disraeli, a former prime minister of the UK, once said: “What we anticipate seldom occurs, what we least expect generally happens.”

I’ve written in the past about how companies like Snapchat have a market cap of $17 billion but lose hundreds of millions every month. Their CEOs get hundreds of millions of dollars in bonuses while their company is bleeding money. The goal is to pump as much money as possible into growth, to reinvest all the profits, in order to hopefully one day become a capitalist mammoth that can gobble up any future competition. The problem is that probably 0.1% of companies succeed like that. This was the standard business model in Silicon Valley for the past 20 years, but it’s starting to lose steam.

I’ve also written about how my CEO, who although he ended up selling his company for $30 million in the middle of the pandemic, ran out of investors’ money one year before that. His company was making millions in annual recurring revenue, but between salaries, office costs, and other expenses, we were still in the negative.

I only started making my first serious money online around 3 years ago. Since then, I’ve focused on expanding my business, and this means investing a lot of the money I make back into growth. The problem with this approach is the same one Snapchat or my CEO’s business faced, albeit on a lesser scale: if you’re not careful and let the expenses meet the income, you’re not making a dime.

Later, I learned that it’s all about risk management. Like with your personal finances, you don’t have to spend everything you make as a business, you can set up an account to keep some money on the side, to reward yourself when you deserve it, or simply to increase the worth of your business. I also always ask myself whether I truly need something I want to buy or not. It’s very easy to justify any purchase as a “business expense” when you make a lot of money through your business. A computer here, a tablet there, a new phone…

The more people make, the more they tend to spend, but the secret to wealth is the exact opposite:

Spend less, make more, and remember to enjoy the journey.