Home Business 🌼7 Types of People You Don’t Need Around You For Too Long(AMAZING...
Facebook
Twitter
WhatsApp
Linkedin
Telegram 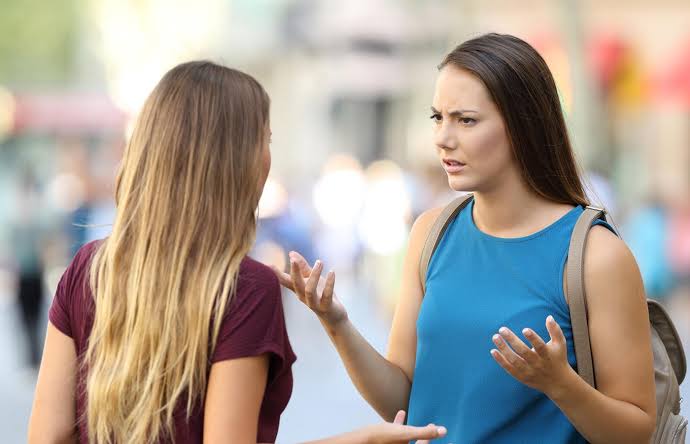 The people in your life can make or mar you

The people in your life matter; they can influence the way you think, talk, feel, and act. That’s why you need to be careful with the type of people you give unnecessary space in your life.

Having the wrong people around you can put your physical, mental, and emotional well-being at risk over time. They’ll cause you a lot of stress and drain you with their toxic words and behaviours.

Here are 7 types of people you should not accommodate for too long.

People who are permanently in a negative fog

Emotions are energy and they can be transmitted from person to person. Like the flu, we contact the emotional energy of the people around us.

If someone is happy or sad, it’s only a matter of time before you start to feel the same way without you realizing it.

The reason is we communicate our emotions through the tone of our voices and the words we use. When you spend time with a negative person, you’ll often match the emotional valence of their word choices.

It’s the language you use that drives this contagion process. This is why spending time with people who are always in a perpetual negative fog — sad, angry, complaining, pessimistic — can turn you into a whiner.

We can’t stay happy all the time. But when a person finds joy in their suffering, no matter the situation they’re in, the best thing you can do is to give them space.

Because immersing yourself in their negative energy forcefield will make you toxic, manipulative, and ineffective. It’s also bad for your health.

According to a study from the University of Warwick, when you internalize negativity, your productivity drops by as much as 12%. In another study, it was found that it can lead to increased heart rate, impedes digestion, and lowers concentration.

People who question your feelings.

Some people act weird when you express your true feelings. They question you for feeling a certain way. They’ll dismiss, reject, or even ignore your emotions.

If you’re unhappy about what they said or did, they’ll say you’re overreacting.

People like this who invalidate your emotions can claim to love you but they don’t really care. Your feelings don’t matter to them.

But our emotions matter.

They serve useful purposes and shouldn’t be dismissed. Often, how we feel at a particular time reflects what’s going on in our lives at that moment.

Feeling angry or sad, for example, is how you know something isn’t right. Knowing what you feel helps you to take care of yourself or make decisions to keep yourself safe.

People who always question your feelings are not just abusing you emotionally, they’re also denying you the opportunity to learn an important lesson about yourself.

I tend to withdraw from someone if they always make me bottle up my emotions or become defensive about how I feel.

Unexpressed emotions can build up quickly and turn to anger and resentment.

Distance yourself from people who habitually question you for feeling bad or being too happy. Set a boundary that makes it clear how you want to be treated and leave the situation if your needs aren’t respected.

Some people have low self-esteem and self-belief. They don’t see anything good about themselves.

Instead, they see themselves as not good enough, inadequate, or lacking in some qualities. They’re insecure.

In relationships, people who feel insecure will suspect everything you do, it doesn’t matter how committed and perfect you try to treat them. You’re constantly re-assuring them of your fidelity.

At work, such people often think the best way to prove how good they are is by stepping over others. And rather than celebrate their own achievements, they always want to measure themselves with others.

Because of this, they compete instead of collaborating with you. Competition is good; it can spark new ideas. But competition can fuel driven envy and jealousy.

If you find someone is extremely insecure, distancing yourself from them might just be the best action you can take.

People who think everyone is out to get them

You know it when you have this type of people around you; they think everybody owes them something. They always play the victim and blame others for what’s wrong in their lives.

If they don’t get a job they think it’s because of the government. If they failed an exam they pointed their fingers at the professor.

Even though millions of people face the same situation and still do something meaningful with their lives, they believe their own problem is unique.

The problem with this type of person is that they hardly take responsibility for anything and will find an excuse to justify their actions.

No matter what they do, they’ll always think they’re right and you’re wrong. They don’t see how their inability to take responsibility for their choices and actions affects them.

People who are stuck in their past

If we are not careful, the past can have a strong influence on our current behaviors. Some people never really let go of the past; it keeps them from going forward.

No matter the opportunities in front of them, they ruin them because they are obsessed with their past.

People who are stuck in their past ruminate over the negative experiences of the past — failures, mistakes, heartbreaks, etc. And they use those experiences to label themselves.

The problem with having these types of people in your life is that if you’re in a relationship with them, they

People like this are the most manipulative kind. They can be anybody, including family, friends, and colleagues.

They operate through guilt-tripping, especially if you’ve received favor from them in the past.

Imagine that someone lends you money and you paid back. Then, every time they need help, they turn to you.

It’s not like this is entirely wrong. As people say, one good turn deserves another. However, when a person manipulates you to feel guilty so that you can do what they want — that’s bad.

People like this don’t see anything wrong with their actions. And Sometimes they’re so subtle you hardly know it’s a manipulation.

Like making you believe you’re the only one they can trust.

From my experience, such people are more of what Adam Grant calls “takers.”

They give in expectation of what you’d give in return and not because they really wanted to give. And they don’t hesitate to leave you behind if there’s nothing more to get from you.

Read also: 10 things to do to de-stress your life

Relationships have a significant effect on our lives. They impact how we think, work, and interact.

The mistake most of us make is to accommodate the wrong people for too long. Sometimes, we realize it cost us so much.

Your job is not to fix anybody; you’re not anyone’s saviour. You’re not going to change someone’s way of thinking by having them in your life and helping them think differently.

What you owe yourself is to protect yourself from negative influences from people who are not right for you. Your life will feel much better without them.