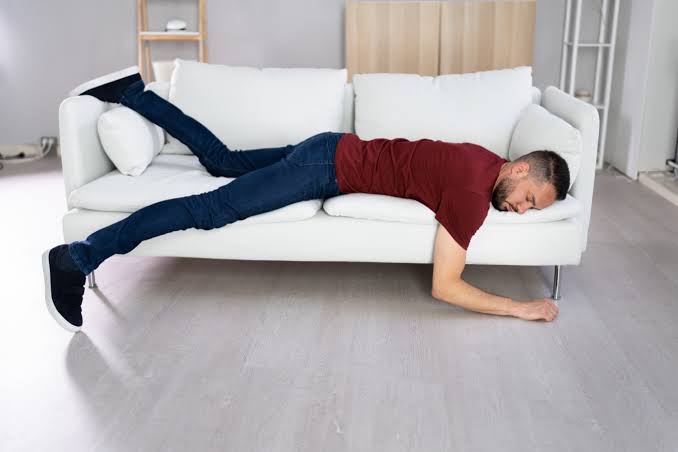 🌼To Be More Disciplined, Stop These 4 Bad Habits

#4: Thinking too much about your goals

A lot of people think discipline is about what you do:

The best way to be more disciplined is to do less, not more.

Read also:  Mindset of an entrepreneur (must read)

If you’re doing something hard, trying to apply even more effort is likely to fail because you’re already tired and spent. What if you took a totally different approach…

What if you looked for things that were interfering with your ability to be more disciplined and focused on removing those?

If you’ve struggled for a long time to be more disciplined without much success, working to identify and eliminate these four habits that interfere with discipline might be a much more helpul strategy.

A lot of us grow up believing that unless we’re hard on ourselves we won’t succeed. And if we don’t succeed, we won’t be worthwhile or valuable.

So early on in life, we develop mental habits of self-judgment and self-criticism…

We tell ourselves that it’s “silly” that we feel nervous about the upcoming presentation we have to give.

We comment to ourselves about how “lazy” we are anytime we find ourselves procrastinating.

We berate ourselves for getting distracted and losing focus any time we’re not being as productive as we think we should be.

And yet, we are still successful to some degree: We get good grades, go to a good school, get a good job, etc.

Because our habit of self-criticism is associated with our relative success, we assume it caused it.

But as anyone who’s taken statistics 101 has heard, correlation does not mean causation.

My point is that just because you’ve always relied on self-criticism to motivate yourself doesn’t mean that self-criticism was actually motivating you or helping you succeed, stay motivated, and get results.

In fact, in years of working with people who are extremely hard on themselves and also extremely successful and productive, I’ve noticed something surprising…

Most people are productive despite their self-criticism, not because of it.

And in fact, when they learn to let go of their habit of self-criticism and judgment, they are actually able to be more productive and self-disciplined!

At the end of the day, self-criticism just leads to a lot of shame, anxiety, and low self-esteem — all of which interfere with your ability to be more disciplined.

On the other hand, self-discipline comes relatively naturally when you treat yourself with compassion and understanding.

So do yourself a favor and try a little experiment: Whatever area you’d like to be more disciplined in — whether it’s your diet, exercise regimen, personal growth goals, or work tasks, take a week and try to practice self-compassion rather than self-judgment and see what happens to your levels of discipline.

After all, you can always go back to being mean to yourself. But suspect you won’t want to 🙂

“We are all failures — at least the best of us are.”

There’s a strange tendency I’ve noticed among people who think they’re not disciplined enough: They using coping as their primary approach to managing distractions…

They look for ways to focus harder

As if distractions were this totally inevitable force over which they had no control whatsoever.

But here’s the thing:

While some distractions are inevitable and must be dealt with, a large percentage of distractions could simply be avoided in the first place.

For example: One of the areas of my life where I am pretty disciplined is with my writing. I try to write for an hour or two every morning.

Of course, with the internet at my fingertips, it’s incredibly easy to get distracted, especially by my phone which has all my favorite apps installed on it. In fact, just seeing my phone lying on my desk next to me often leads to getting distracted from writing, procrastinating on social media, and then feeling bad about myself for getting distracted.

And while I could try harder to resist the temptation of checking my phone during my writing time, you know what works way better? Not getting distracted by it in the first place!

When I sit down to write, I either put my phone in my desk drawer or leave it in another room. I know that I simply don’t have enough willpower to consistently resist the temptation to get distracted with my phone, so I remove it as a source of distraction in the first place.

I do my writing early in the morning before anyone else is at the office so that other people and events can’t distract me.

Every evening when I leave work, I close out all of my applications and browser tabs, so that the only thing that’s open on my computer is my writing application.

I keep my desk clean and remove all papers, books, notes, etc. because all of those are sources of distraction.

Never try to cope with a distraction that could have been eliminated altogether.

Suppose you want to be more disciplined on your new diet. Don’t rely on willpower to avoid eating ice-cream each evening. Simply stop bringing ice-cream into your house in the first place.

If you want to stop watching so much TV at night so you can get to bed at a reasonable hour, get your TV out of your bedroom.

Want to get serious about actually using that fancy treadmill you bought last year? Get rid of the TV in your living room, move it to wherever the treadmill is, and only allow yourself to watch tv if you’re using the treadmill.

Now, I know some of these may sound a little intense. But how badly do you want to be more disciplined?

If you’ve tried the coping-with-distractions approach for this long without much success, maybe it’s time for a new approach?

Instead of trying to change yourself, maybe you should try changing your environment?

“Focusing is about saying No.”

One of the saddest things I hear as a therapist is clients telling me stories about how their curiosity as a child was punished or discouraged.

Of course, it’s just sad imagining some curious little kid being told that their interests are dumb, or silly, or not important. But what’s truly tragic is the lifetime effect this has on people’s capacity to go after what they really want in life.

If you look carefully at people who appear highly disciplined, focused, and able to consistently do things they set out to do, a common pattern that emerges is that they enjoy what they’re doing.

If you look at people who manage to exercise consistently — day in and day out over years — what you’ll usually see is that they’ve found a form of exercise that they really enjoy. This means that instead of having to push themselves to exercise with willpower and discipline, the exercise pulls them into it because it’s intrinsically rewarding.

I often get asked how I’m able to write so much on top of a full-time job. People want to know the techniques and frameworks I use to stay productive. And while I do have a few of those, the much bigger reason is simply this: I really enjoy writing.

Of course, it’s hard at times. But the reason I’m able to do it consistently isn’t so much that I’ve got tons of discipline as that I was willing to work on something I was intensely interested in.

This brings us back to curiosity…

The reason so many people struggle to be more disciplined is that they’re choosing the wrong things to work on.

Or at least, they’re choosing to go about them in the wrong way.

It’s very hard to maintain any habit or routine if you don’t have intrinsic motivation working for you — if you don’t find the thing and process you’re working toward rewarding in and of itself.

The reason so many people choose to work on things that aren’t intrinsically motivating is because they’ve been brainwashed into ignoring their own curiosity.

Usually at some early age, they were discouraged from following their own interests and told to follow what other people thought was important or worthwhile.

Ignoring your own curiosity is a set-up for chronically low motivation and poor discipline.

“Study hard what interests you the most in the most undisciplined, irreverent and original manner possible.”

4. Thinking too much about your goals

Let’s say you want to learn to play the guitar. That’s your goal.

How much time should you spend thinking about your goal?

Goals are good to have, but thinking too much about them tends to have counterproductive effects.

Let me explain with the guitar-playing example:

If I’m a complete beginner at guitar but spend hours daydreaming about how awesome it will feel to be really good at guitar, I’m likely to feel worse about my current lack of skill every time I sit down to practice. As a result, I’m far more likely to get discouraged and give up — or at least not practice as frequently as I should.

Or here’s another example:

Say my goal is to lose 20 pounds. If I spend tons of time thinking about being 110 lbs, I’m going to feel discouraged by contrast every time I step on the scale to track my progress and inevitably am not at 110 lbs.

The more general principle is this: When it comes to goals, take a set-it and forget-it approach.

Once you’ve set a goal, most of your focus and attention should be on the small actions that will eventually lead you to your goal.

Or, if your goal is to lose those 20 pounds, keep your focus on going to the gym 5 days a week and not having seconds at dinner. Because if you stay focused on those, you’ll be much more likely to notice success, which is rewarding and increases your motivation to keep going. And if you keep doing those things, eventually you will end up at your goal.

People who are consistently disciplined keep their eyes off the prize and on the process.

It’s counterintuitive, but if you’ve struggled to achieve a goal or stay disciplined on something, it might be because you’re focusing too much on the goal, which is sabotaging your progress.

Remember: When it comes to goals, set it and forget it.

Keep your focus on the small routines and little wins which, if accomplished consistently, will lead you to your final goal.

“How you climb a mountain is more important than reaching the top.”

🧠 💪 Learn to control your thoughts and emotions in a healthy way