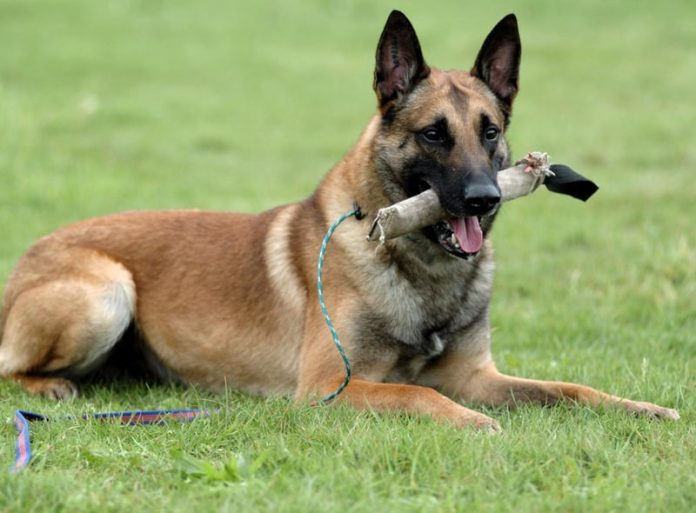 The 10 breeds of adorable dog with the best sense of smell: including the loving Labrador

Some dogs have the most amazing sense of smell, an attribute that has often been intentionally bred into them to make them perfect for tasks such as tracking prey.

These are also dogs that are likely to be able to sniff out food, making it a challenge to keep them from stealing your lunch.

Read also: 5 dogs under 50 pounds which are the best swimmers

These are the 10 breeds of dog with the best sense of smell, according to the American Kennel Club

With a record-breaking 300 million scent receptors, the Bloodhound is the gold medal-winner for sniffing out anything you may want to find. They’ve been used to find many things over the years – not least fleeing criminals – and can follow a scent trail on the ground or in the air.

Originally from France, the Basset Hound uses its long ears to sweep scent from the ground up to its super-sensitive nose. It also ingeniously uses the loose skin on its chin to trap a particular scent for reference.

Only officially recognised as a distinct breed by the UK Kennel Club in 2018, the Black and Tan Coonhound was bred in the United States to track raccoons over long distances with their amazing sense of smell. Their bark becomes more regular as they get closer to their prey.

Originally used for herding, nowadays the army, police and search and rescue services all make good use of the German Shepherd’s 225 million scent receptors. Unlike some of the other dogs on this list, they mainly use scent held in the air, rather than the ground, to track.

The Beagle’s amazing sense of smell was used by hunters to sniff out foxes from miles away. They are now often used by customs officials in airports to find concealed contraband.

As well as using their impressive olfactory abilities to find bombs and drugs, the Labrador Retriever is also used by medics to sniff out patients suffering from cancer and low blood sugar levels.

A favourite with hunters, the pointer is not only able to smell out prey with unerring accuracy, it can also ‘point’ out the location using the distiinctive stance from which it got its name.

Anybody who has ever owned a Golden Retriever will be aware at how good this breed is at finding food – sometimes even in sealed containers. This talent has an important use – if your child is allergic to peanuts, a Golden Retriever can alert you as soon as one is close.

Read also:  The 8 richest pets in the world

A well-trained Belgian Malinois can sniff out a whole range of trouble – from bombs to drugs. The moment one of these intelligent dogs is aware of a troublesome smell, they will quickly alert their handler and accurately indicate its location.

Bred specifically to be hunting dogs, the Springer Spaniel’s keen nose has been used to sniff out a broad range of scents over tha years – including bombs, fake bank notes, bees and dead bodies.